Credit Andorra Bank fixed the growth of profit up to 71.24 mln euro in accordance to the results of 2013 • All PYRENEES · France, Spain, Andorra 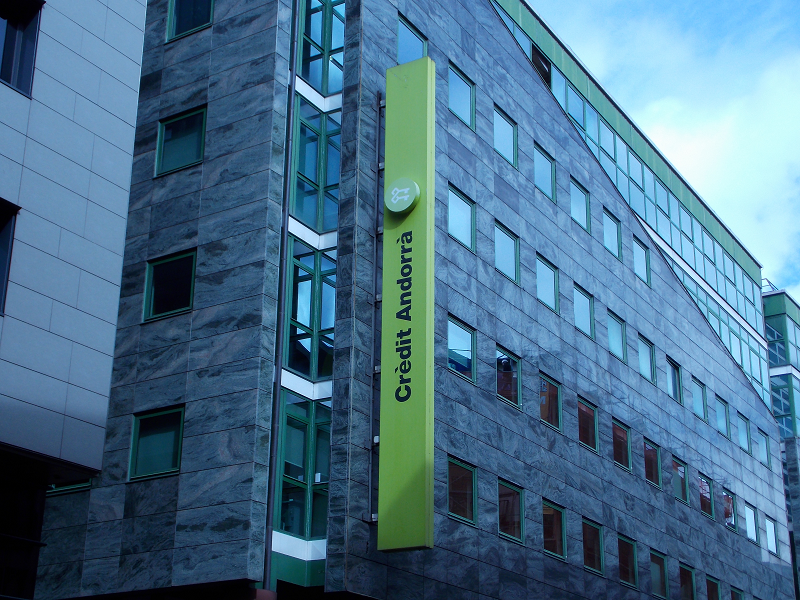 In 2013 the profit growth of Credit Andorra Bank made up 0.53%, its level came up to 71.24 mln euro. Taking into consideration the general difficulty of economic situation in Europe, the management of the bank is totally satisfied with the result. Positive results were attained by means of progressing expansion of foreign markets.

Credit Andorra keeps on remaining the leader of Andorran banking sector. In accordance to “Financial Times”, the bank won the first prize in the category “private banking”.

By the end of 2013 the amount of employees made up 696 persons (specialists that represent 25 different nationalities). In Andorra the bank employs 412 persons.

The Managing Director of Credit Andorra Josep Peralba noted that a part of the strategic plan is the consolidation of business model in Andorra, the proceeding of Latin America expansion and the development of business in Europe. “The expansion of our presence will allow us to become compatible players of the global market”—added Josep Peralba. In accordance to his words, besides Andorra , the major accent is put on Spain, Luxembourg and Panama.

During 2013 Andorra was constantly intensifying its activity in Switzerland by means of assets management and acquiring 9.9% of Banque Genevoise de Gestion.

Fitch Ratings keeps the long term credit rating of the bank at the level of A- and short-term—at the level F2.

Bank also marks the fulfillment of the social obligations by donating the funds for financing educational, social, cultural and sporting programs, and also for environment protection activity.

Other financial indexes of the bank can be found in the article “the banking sector of Andorra”.