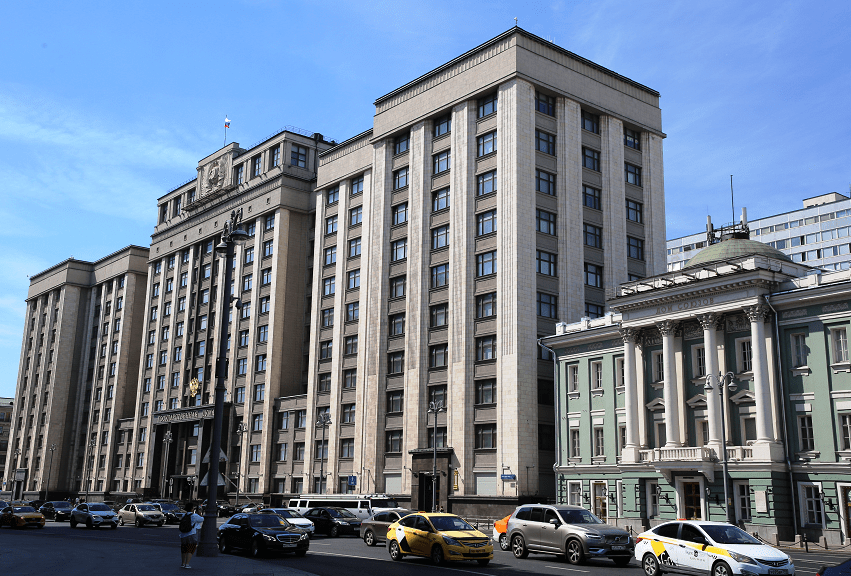 The building of the Council of Labor and Defense (Gosplan building, State Duma building) is a building in Moscow at Okhotny Ryad Street, 1. It currently houses the State Duma of the Russian Federation. Identified object of cultural heritage.

The design was entrusted to architect Arkady Yakovlevich Langman, who completed it with the participation of architects S. V. Sergievsky and N. V. Mezier. Langman by that time already had experience in building large structures in Moscow – the Dynamo stadium (together with L. Z. Cherikover) and the house of the Dynamo society (together with I. A. Fomin).

The building plan is symmetrical. The long main and narrow side facades are decorated with high pilasters fluted along the edges, from the base to the attic. The main façade is divided into two side and central projections. In the central avant-corps (risalit) there is a flat entrance portico, similar in proportion to the columned portico of the House of the Unions standing nearby. The attic of the building is completed above the central risalit with a cubic volume, on the front plane of which there is a stucco coat of arms of the Soviet Union, and on the crowning part there is a flagpole with the flag of Russia.

Stylistically, the design of the building combines both elements of constructivism, monumentality, and representativeness – features characteristic of Soviet architecture that was moving towards classical tendencies. 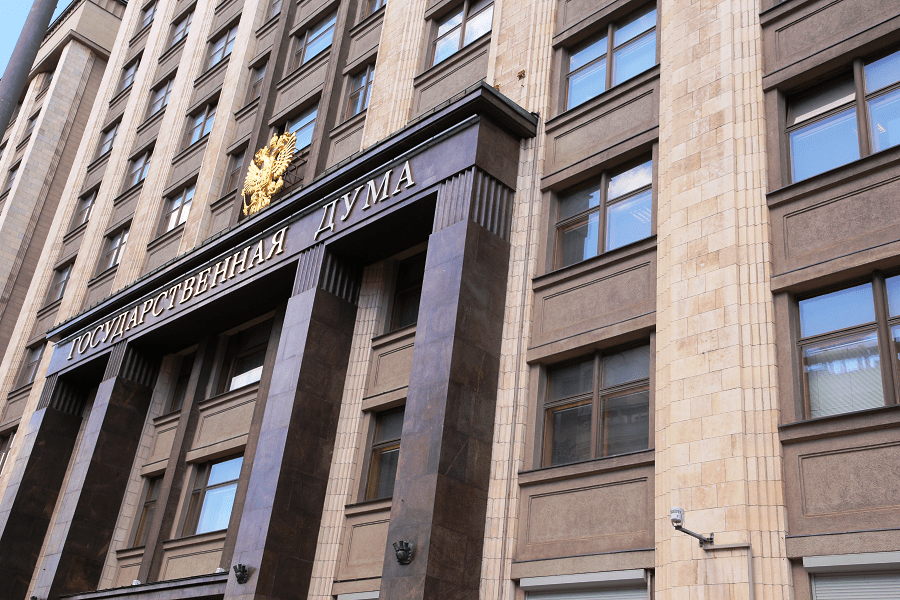