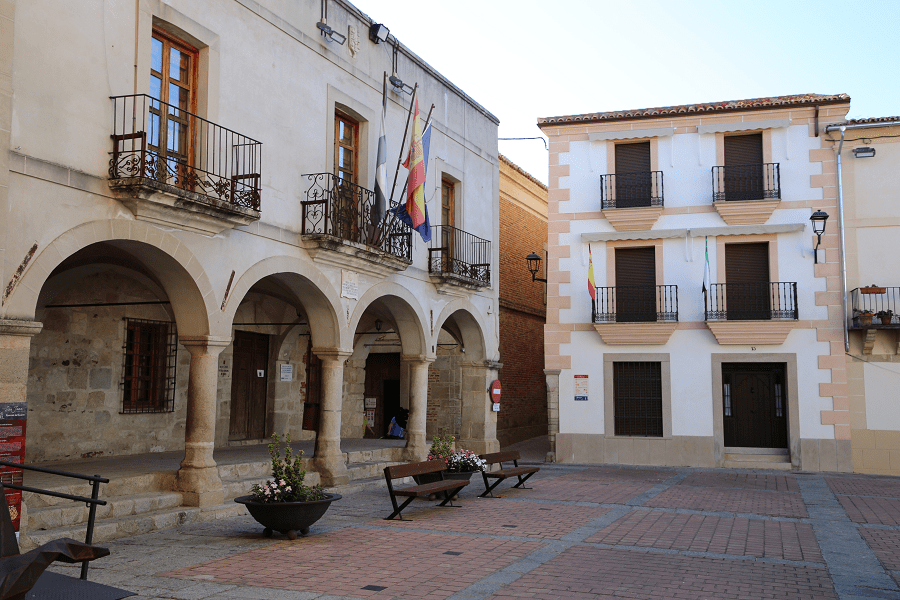 Coria is a city and municipality in the province of Cáceres, located in the northwest of the autonomous community of Extremadura (Spain).

It has the distinction of Very Noble and Very Loyal City of Coria.

The city is the episcopal seat of the diocese of Coria-Cáceres and capital of the judicial party No. 2 of the province. 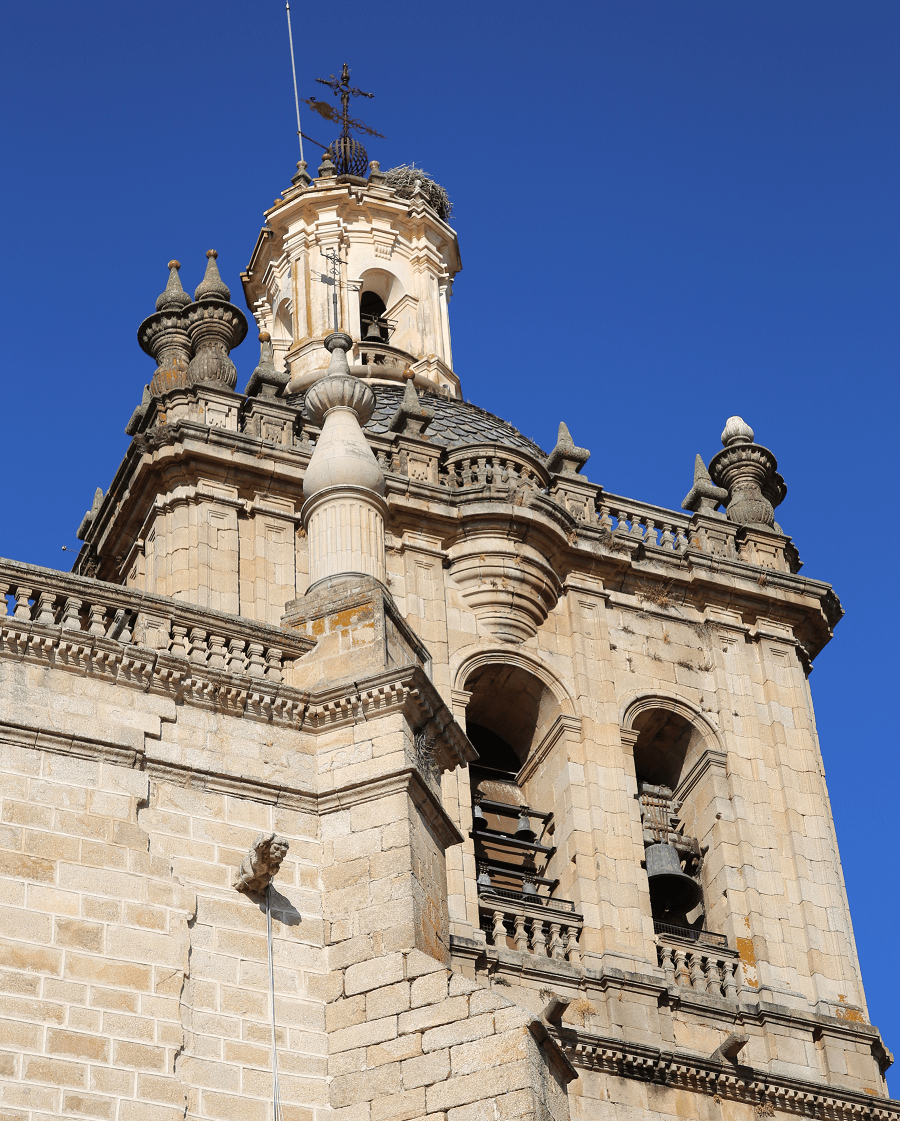 At present, Coria is the most important city in the northwest of the province and an important commercial and tourist center, preserving a large number of monuments and celebrating an annual Extremadura and national festival of tourist interest in honor of San Juan.

Coria wall, of Roman origin (3rd-4th centuries), with Arabic and medieval additions. It is preserved in its entirety. It has four doors, two Roman and two later. 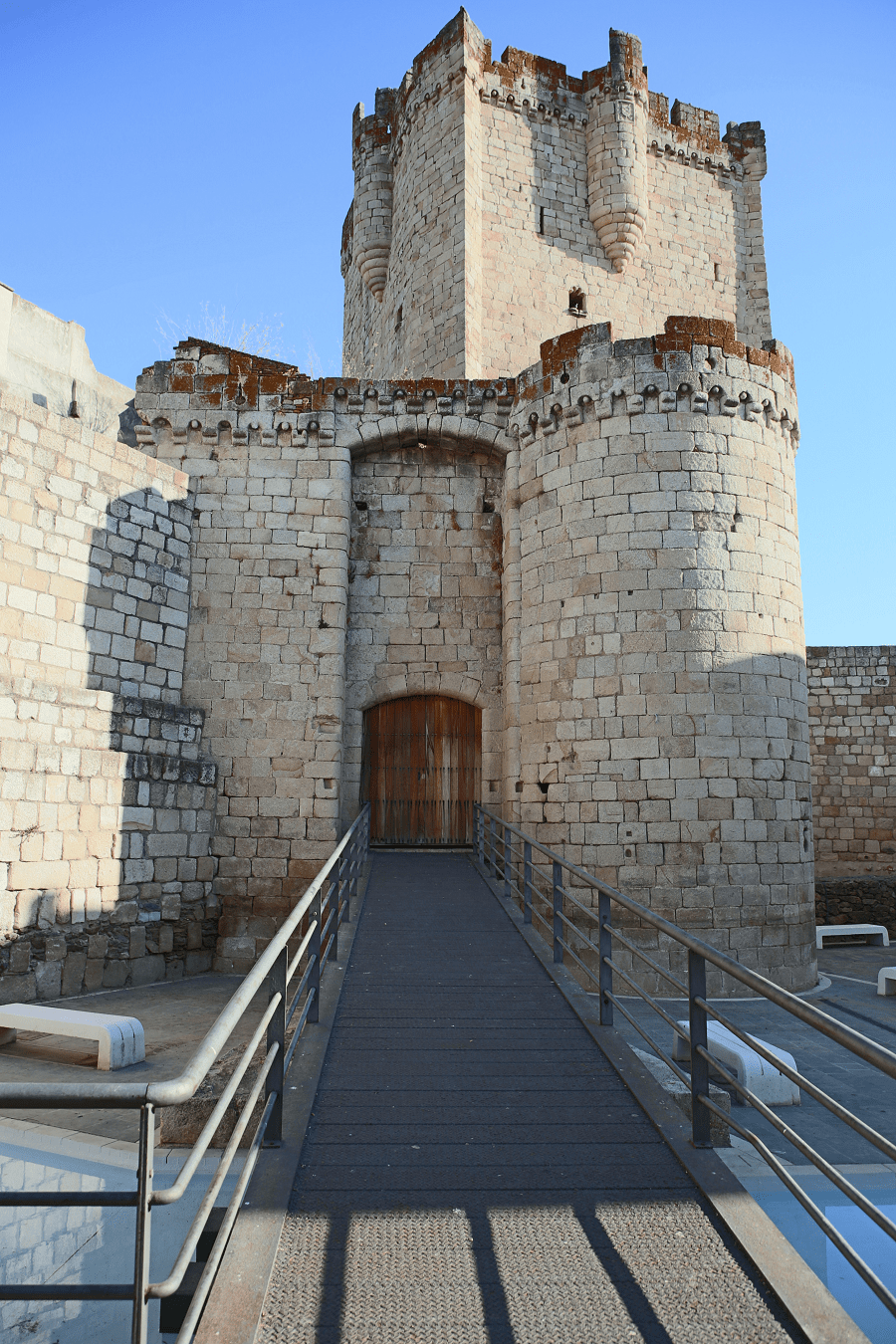 Coria Castle, built between 1472-1478 by the architect Juan de Carrera, by order of the Dukes of Alba and the Marquis of Coria.

Cathedral of Santa María de la Asunción, transitional Gothic, with important Plateresque additions (according to the traces of Pedro de Ybarra) and Baroque (bell tower designed by Manuel de Lara Churriguera). Inside it keeps a magnificent collection of paintings, sculptures and goldsmiths. The main altarpiece from the 18th century stands out with carvings by Alejandro Carnicero as well as the episcopal tombs of Pedro Ximénez de Préxamo by Diego Copín de Holanda and Pedro García de Galarza by Lucas Mitata. 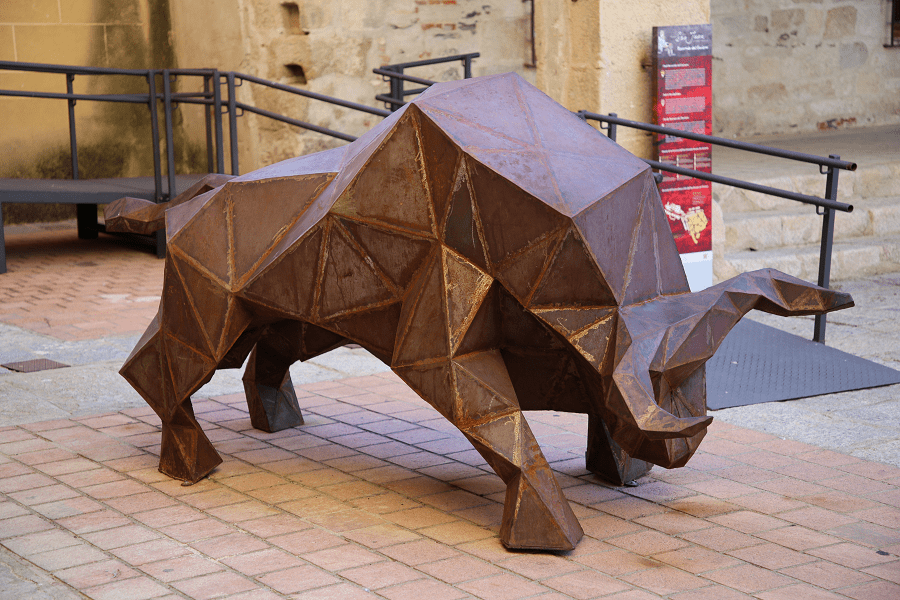 The choir should also be mentioned, with a Mudejar walnut stalls from the 15th-16th centuries and closed by a pro-Renaissance gate from the 16th century, as well as the grille of the main chapel (16th and 18th centuries) and the altarpieces of the Relics ( 18th century) and San Pedro de Alcántara (17th century).

Episcopal Palace, built in 1628 on the old “Episcopal Houses” in baroque style, by order of Bishop Jerónimo Ruiz Camargo. It preserves a defensive brick tower with a Mudejar aspect. It has recently been rehabilitated and converted into a hotel luxury.

Hermitage of Nuestra Señora de Argeme, baroque from the 17th century, deeply restored in 2006.  Dome decorated with fresco and main altarpiece from the XVIII century. It preserves the titular patron image of the city and the Diocese, a black Virgin from the 12th century. 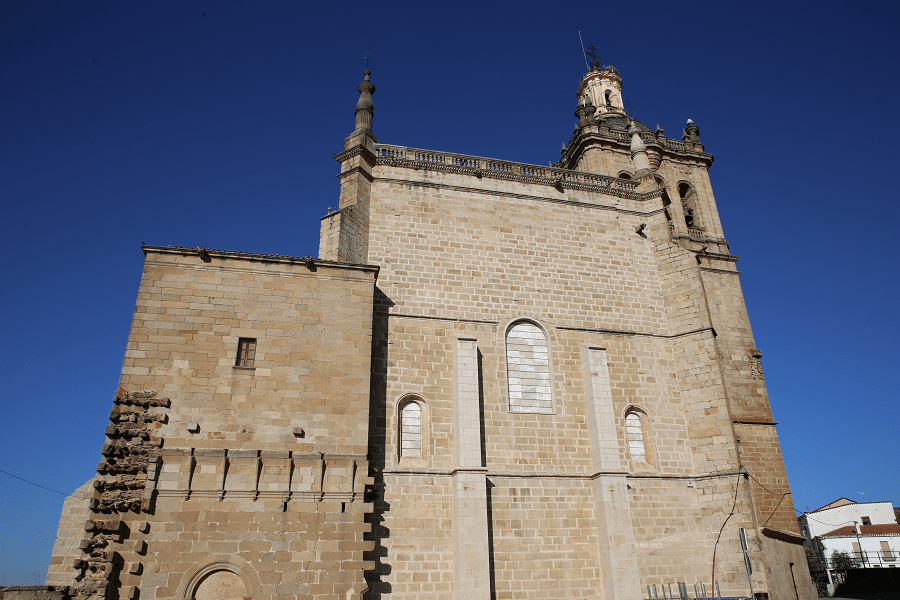 Convent of the Mother of God, run by Franciscan women of the T.O.R. and founded in the 13th century, although the current building dates from the 14th-16th centuries. 16th-century church with a baroque main altarpiece from the 17th century and Rococo side altarpieces from the XVIII century. 16th century Renaissance cloister, with well and trapezoidal plan, with Mudejar pavement and a collection of paintings and ivories, highlighting a panel by Pedro Machuca. 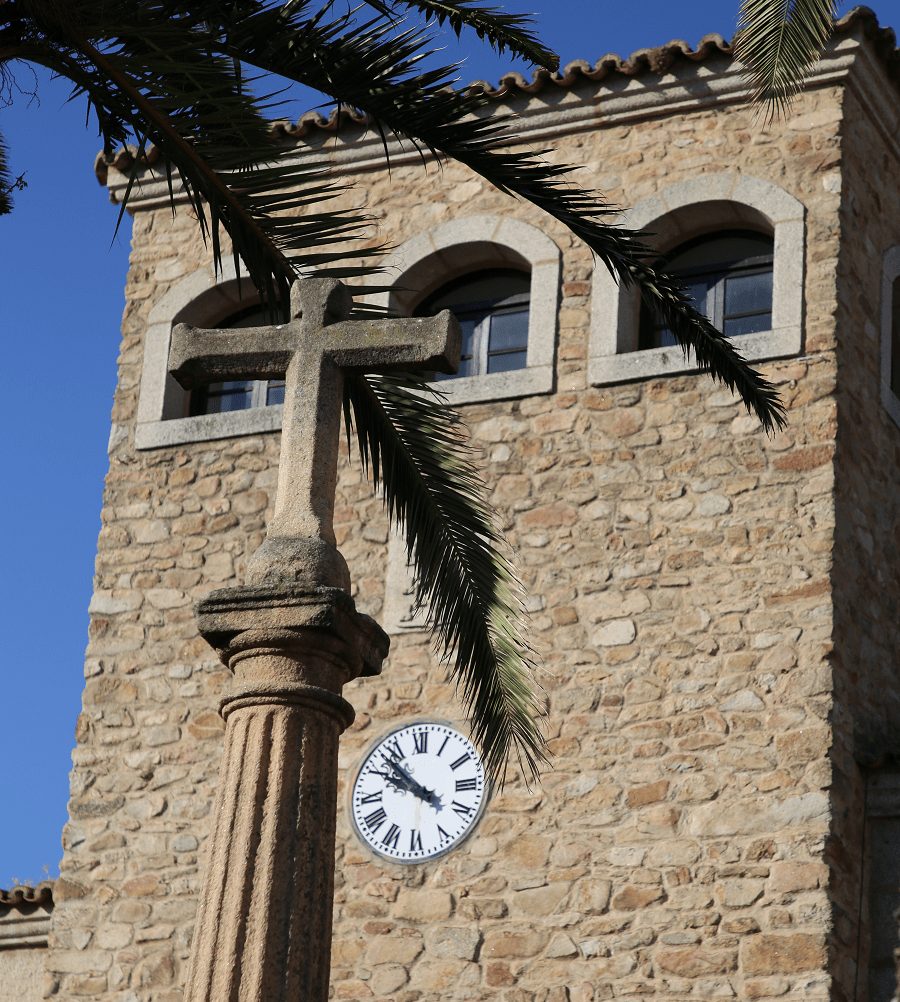 Church of Santiago Apóstol, baroque from the 16-18th centuries, preserves a baroque belfry, designed by Manuel de Lara Churriguera. Its Mannerist high altar from the 16th century has recently been restored with important reliefs in the Berruguete style. Of its movable heritage it is worth highlighting the image of the Christ of the Afflicted, from the 15th century.

Old bridge or stone bridge, built in 1518, probably on a previous one of medieval origin, and another of Roman origin may have existed. 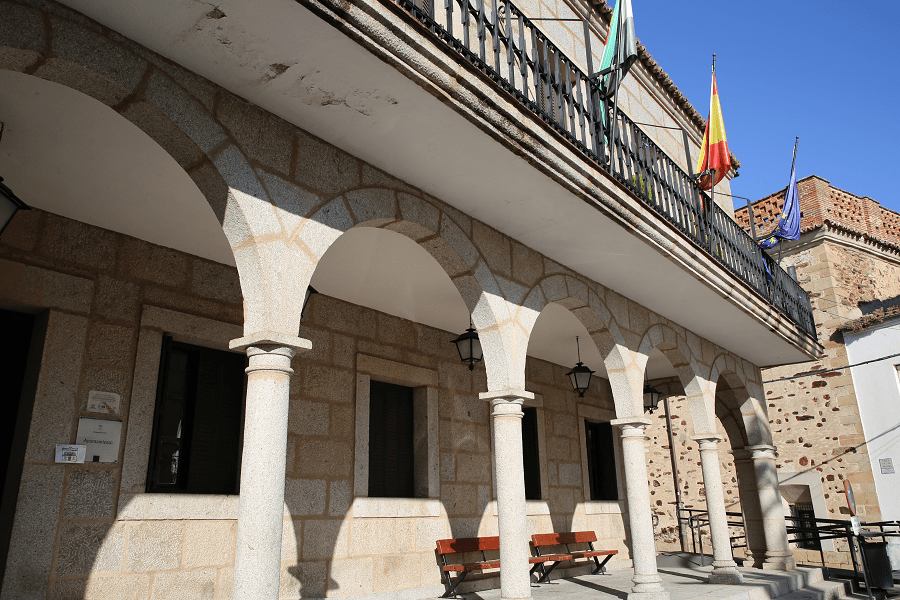 Palace of the Dukes of Alba, from the 15th-16th centuries. Built in the Gothic-Renaissance style, it combines elements of a military bastion and a stately palace, in which two Mudejar patios and the exceptional Garden-viewpoint with a Renaissance belvedere from the 16th century stand out. It belonged to the family of Rafael Sánchez Ferlosio, winner of the Cervantes award, who have recently sold it to Caurian businessmen engaged in a local hospitality project.

Via Dalmacia: remains of the old Roman road, highly restored in the 17th century. 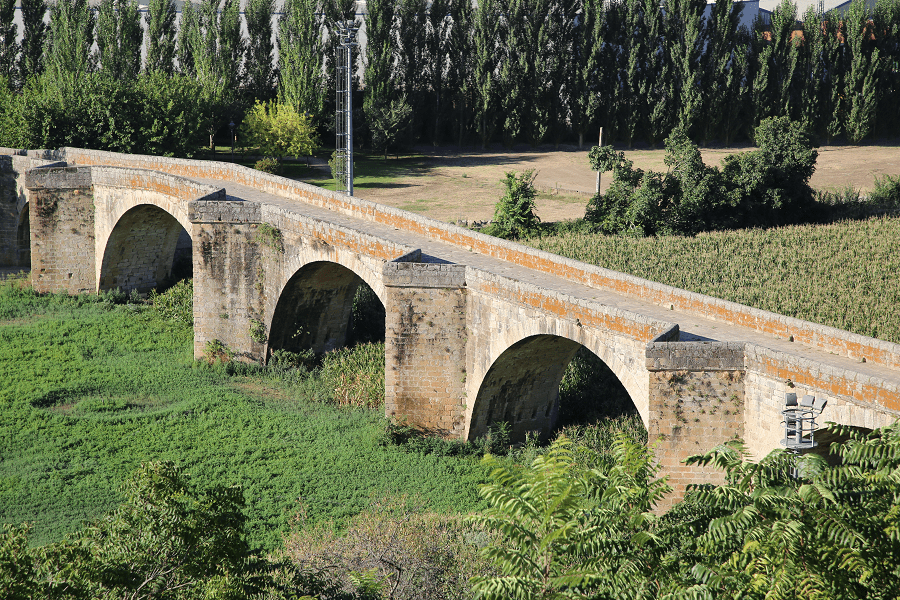 Old Town Hall, an original building from the 15th century with a multitude of later reforms. Today it is the seat of the municipal school of music.

Iron bridge, completed in 1909, according to a project by the engineer Basilio Beamonte, is one of the few examples of iron architecture in the region.

Museum of the history of the City, located in the building of the Royal Prison, containing some archaeological pieces and the “Fuero de Coria” of medieval origin.

The Cathedral Museum, set up in the cathedral cloister of the 14th-15th centuries, shows important sacred pieces from the 14th-19th centuries, highlighting the relic of the Tablecloth of the Holy Supper and its elaborate Madrid chest from the 17th century, an autograph page of the “Summa “of Santo Tomás de Aquino, a very interesting collection of paintings on copper from the Rubens School and the images of San Miguel and San Sebastián carved by José Salvador Carmona.

Coria Botanical Garden, two kilometers from the city, on the road from Coria to Cáceres. It exhibits the native vegetation of the Mediterranean forest present in Extremadura. 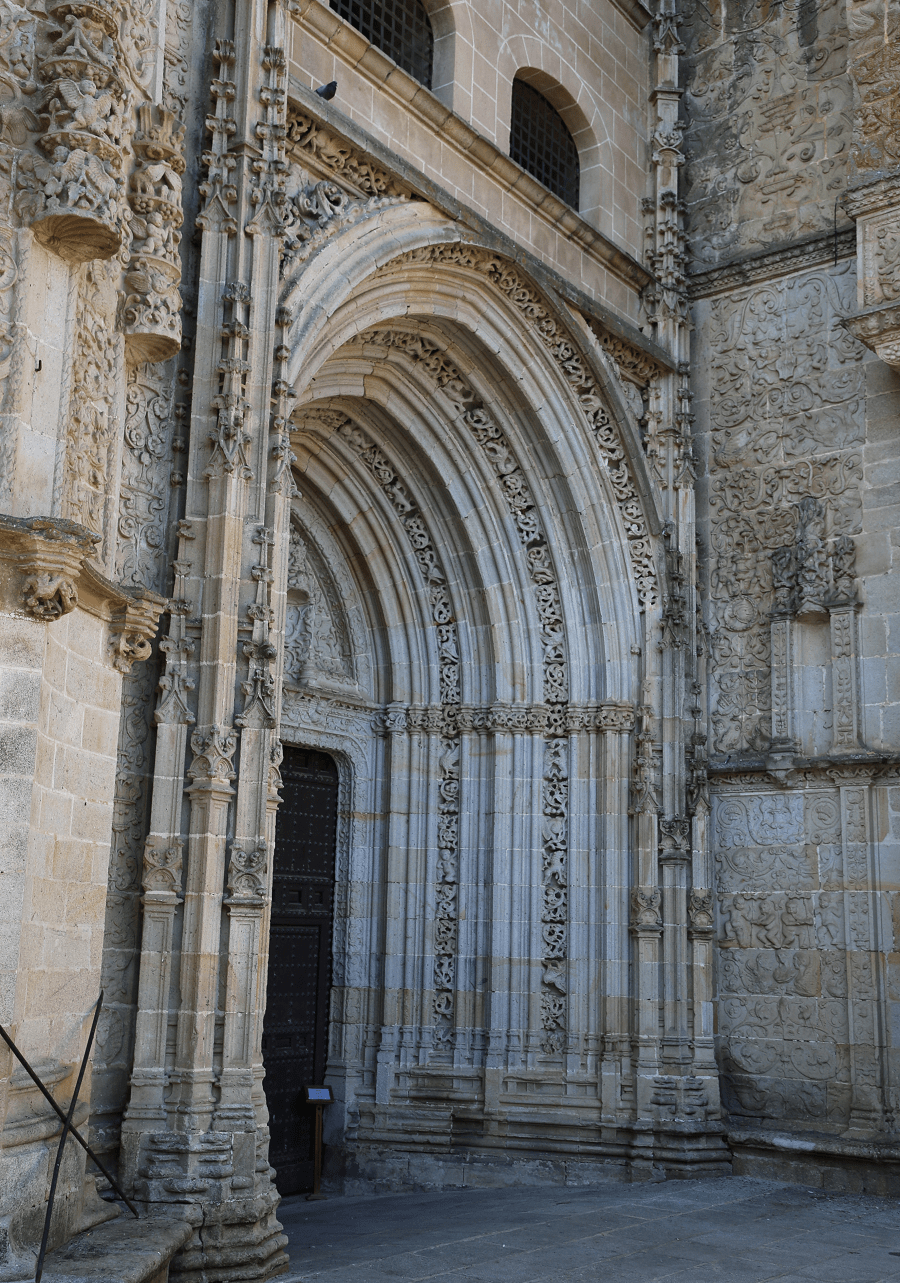