Construction of necessary infrastructure to host World Ski Cup in 2019 in Grandvalira ski resort is under threat • All PYRENEES · France, Spain, Andorra 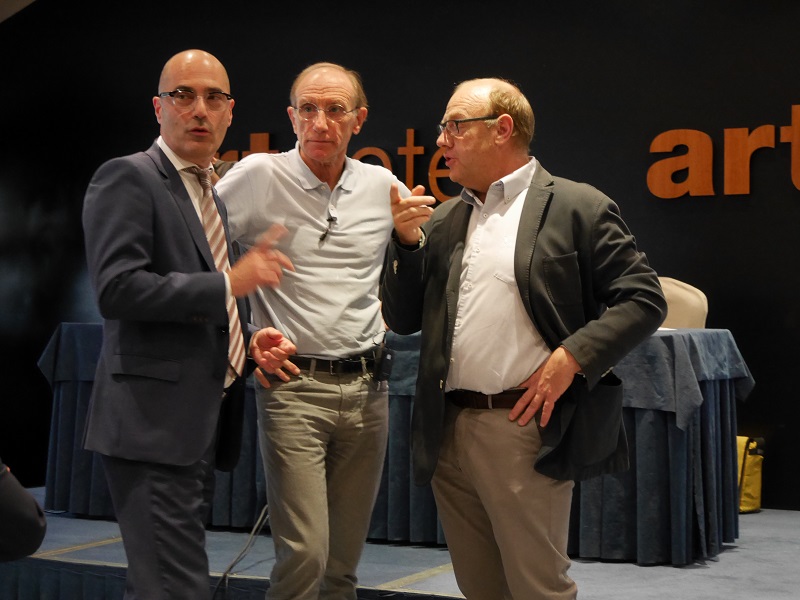 A presentation of the project for the construction of a platform in the finish zone of the Avet ski track  in the Soldeu-El Tarter zone (Grandvalira ski resort) took place yesterday. This project will be implemented to host World Ski Cup (FIS Alpine skiing), which will be held in Andorra in 2019. The construction of a platform must meet the recommendations of the International Ski Federation (FIS).

However, the project is under threat because of the conflict of interests of Grandvalira shareholders – ENSISA (owned by Credit Andorra bank and Canillo municipality) – controls Soldeu, El Tarter and Canillo sectors – and SAETDE (the main shareholders are members of the Viladomat family, the minority share belongs to the municipality of Encamp) – controls Encamp, Grau Roig, Pas de la Casa sectors. The essence of the conflict, initiated by the majority shareholder of SAETDE Joan Viladomat, is the financing of the platform and the rest of the infrastructure.

This conflict may in general endanger the existence of the Grandvalira brand. The situation has escalated so much that the head of the government of Andorra, Antoni Marti had to interfere, but, however, positive results have not yet been achieved.

“The government is concerned about the possible collapse of the joint-stock company, and it is possible that the case can be continued in the arbitration court,” Finance Minister of Andorra Jordi Cinca said yesterday, commenting on the situation. He also said that the government continues to closely monitor the development of the conflict, and if necessary, the authorities are ready to act as an arbiter in the negotiations. At the same time, the minister made it clear that this conflict is “business, and partners must make a decision without pressure from the side.”

Meanwhile, ENSISA representatives hope to resolve this difficult situation without negative consequences. Mayor of Canillo Josep Mandico said during the platform presentation yesterday: “We believe in the strength of Grandvalira brand, which is already 14 years old, and our investment plans demonstrate this.”

The general manager of Andorra Tourism, Betim Budzaku, also believes that the collapse of Grandvalira will be a tragedy. “Grandvalira is a national level brand, and we hope that company will continue to exist.”