Andorra signed an agreement allowing students, professors and researchers to be involved in an exchange programme with the universities of the Ibero-American countries • All PYRENEES · France, Spain, Andorra 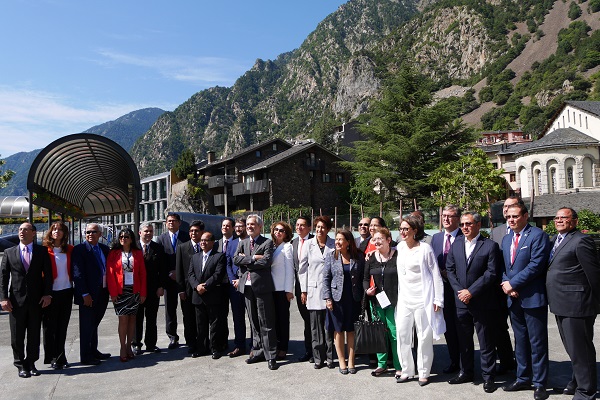 The Prime Minister of Andorra Antoni Marti addressed the conference’s participants with a warm welcome. He stressed the important role of education as a tool for transmitting knowledge about the world, for democracy, human rights and the rejection of racial discrimination. Antoni Martí reminded the audience that there are three systems of primary and secondary education in Andorra: Andorran, French and Spanish. All three systems are public, free and guarantee high quality education.

Eric Jover, in his turn, confirmed Andorra’s commitment to the observation of international education, recalling that it was one of the political priorities of the government. He recalled that Andorra is actively involved in the working groups of bodies such as the Council of Europe, the UN and UNESCO.

The conference is part of a series of events on the eve of the summit of heads of states and governments of the Ibero-American countries. It will be held in Cartagena (Colombia) on 28 and 29 October.

Look here about the University of Andorra