Competitions for endurance URBAN TRAIL will take place in Andorra (Escaldes-Engordany) on 27th May • All PYRENEES · France, Spain, Andorra 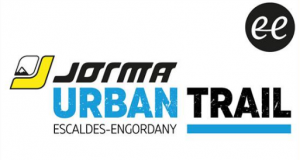 Competitions for endurance URBAN TRAIL will take place in Andorra (Escaldes-Engordany) on 27th May. The race will pass both around the city and mountains, from one can enjoy a breathtaking view of the valley of Periofita-Claror (nature monument protected by UNESCO). Participants will be offered three routes of varying degrees of difficulty. The starting zone is Prat del Roure.

The second route is blue (10 km). Waypoints: Prat del Roure, Vall del Madriu, Sassanat (the highest point of the route, 1356m), then descent through Pont de la Tosca, where the blue route will connect with the green one. End of the route Prat del Roure. The participation fee is 10 euros.