Combat aviation of the USSR: the Antonov An-12 (NATO classification: Cub) is a four-engined turboprop transport and military aircraft designed in the Soviet Union. The military version of the Antonov An-10 and has many variants. The maximum speed is 660 km / h. The flight range is 5530 km. Museum of the Great Patriotic War, Moscow 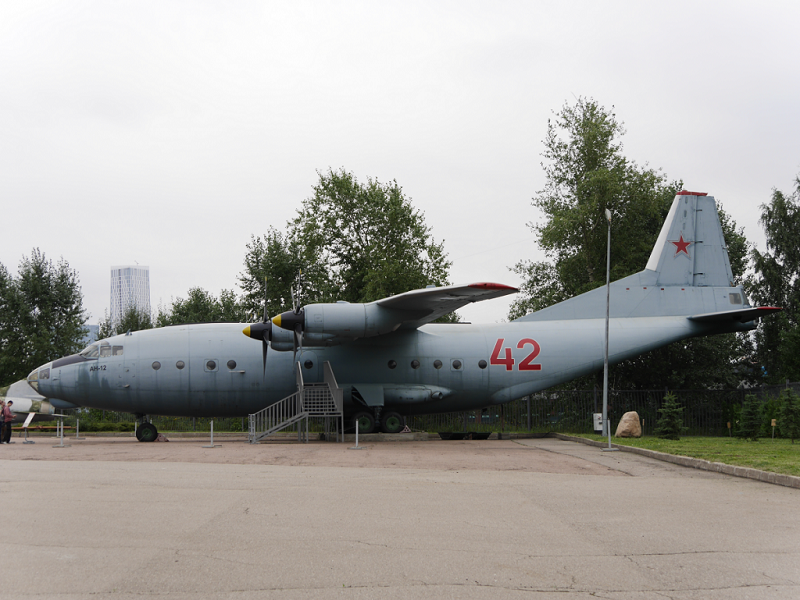 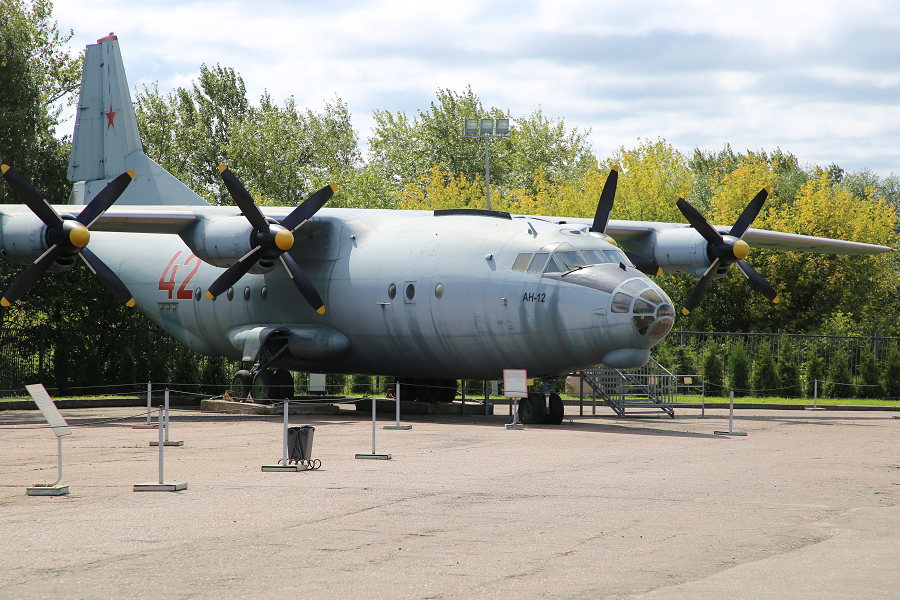