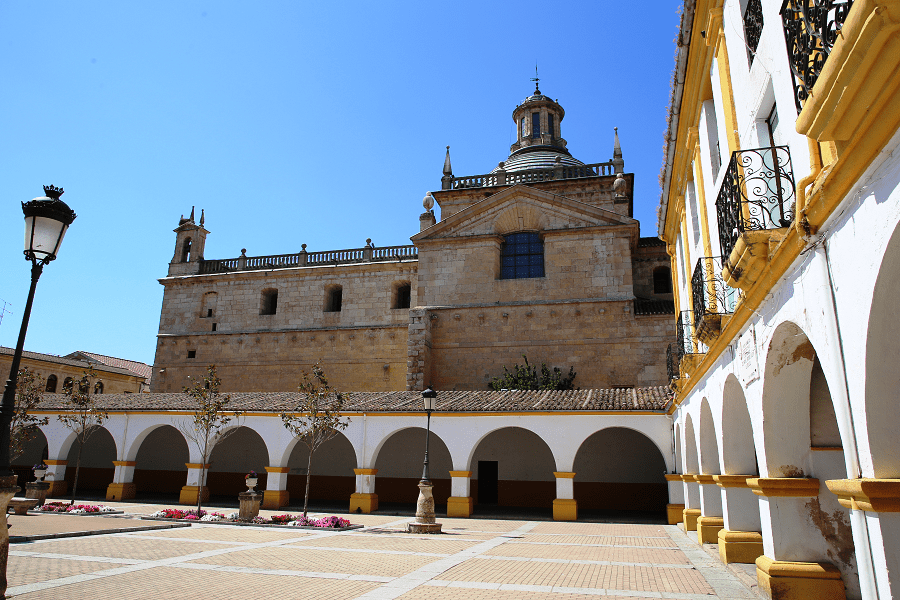 Ciudad Rodrigo is a municipality and a city in the province of Salamanca, in the autonomous community of Castile and León, Spain. It is the most important population center in the southwest of Salamanca and is considered the capital or service center of its region, judicial district and diocese. It holds the titles of Ancient City, Noble and Loyal.

Since 2016 the city has been a part of the network “The most beautiful villages of Spain“. 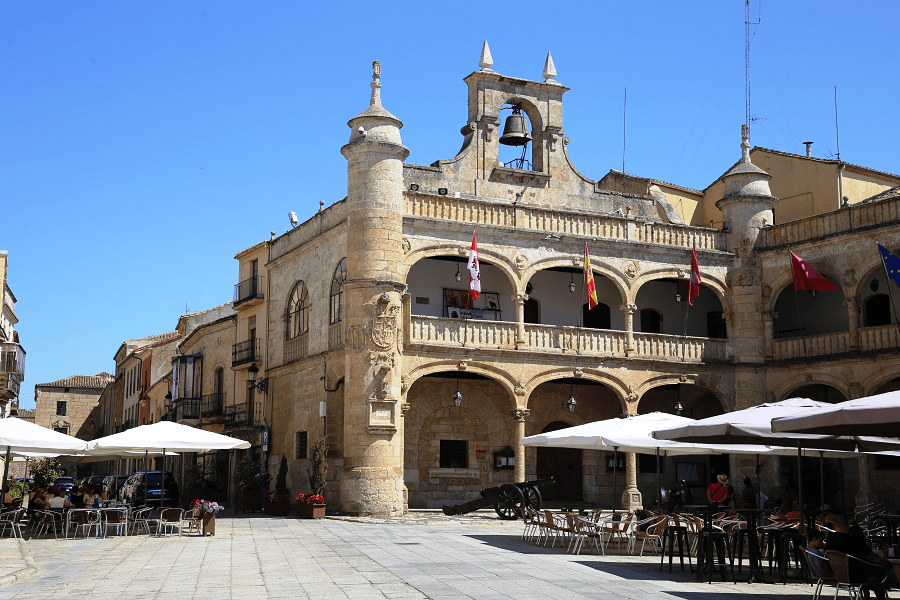 In 1944 it was declared a Historic-Artistic Site, thanks to its wall, cathedral, palaces and churches. It also has the town hall, the Cerralbo chapel, the Castro palace, the Águila palace, the Marquesa de Cartago palace or the Vázquez house. At present, this historic center within the walls has the status of an asset of cultural interest, in the category of historical complex, with the code RI-53-0000010. 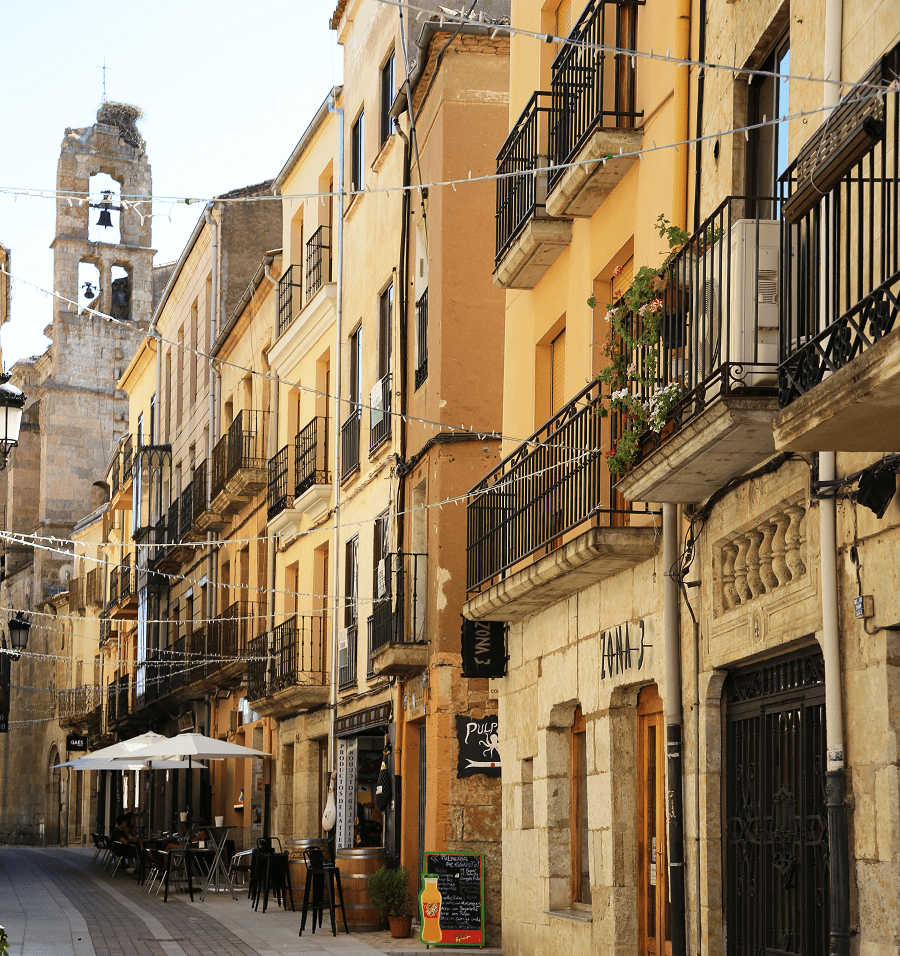 Castle of Enrique II. Built by King Henry II in 1372, with subsequent modifications (tower, 1466-1472, and internal barrier, Antonio del Águila, 1507). It was the headquarters of the Regional Museum of Ciudad Rodrigo between 1928 and 1936. At present it is a National Parador hotel. 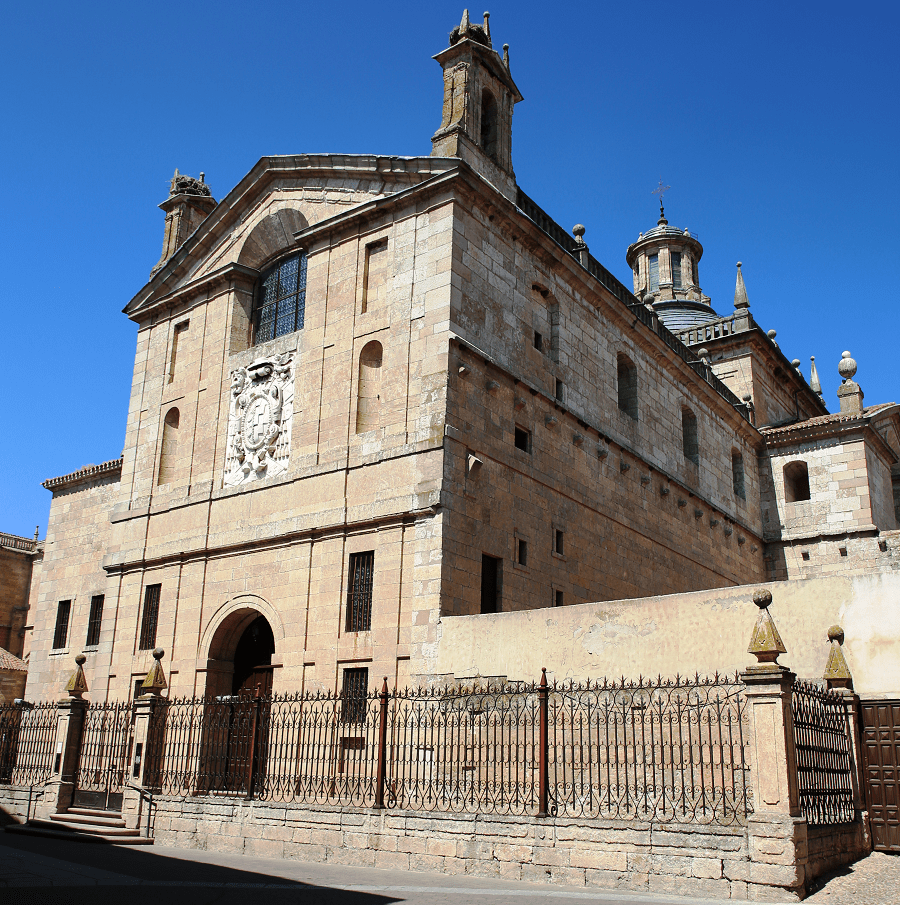 Cathedral of Santa María: from the 12th to the 14th century. Begun under the reign of Fernando II of León, it is Romanesque in transition to Gothic. The tower was built between 1764 and 1770. 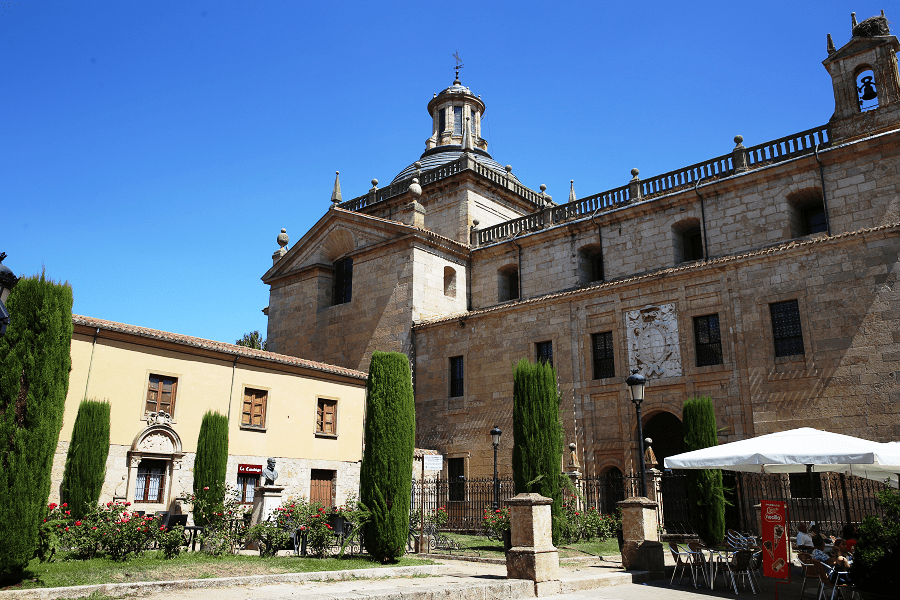 Walls: they began to be built by Fernando II of León in the 12th century and have more than two kilometers in perimeter. They constitute the inner wall, made of lime and stone. In the 18th century the outer bastions in the shape of saw teeth were built in sandstone. Today it has five gates, that of the Sun, that of the Count, that of Amayuelas, that of Sancti Spiritus, that of La Colada and that of Santiago, having lost the old false door “of the King” in front of the Tower of the Cathedral. 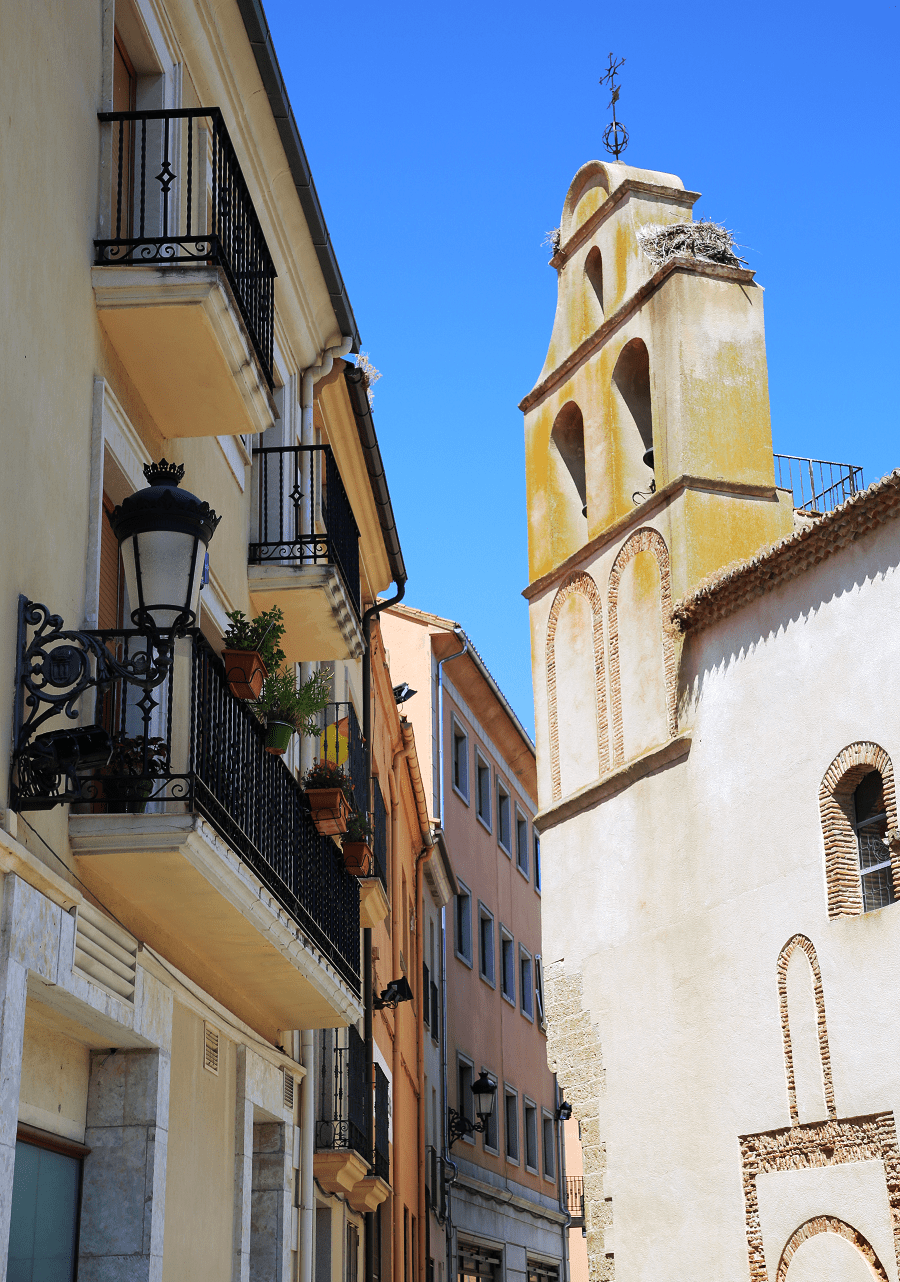 Palacio de la Marquesa de Cartago: Neo-Gothic, built at the end of the 19th century and renovated in 1953. 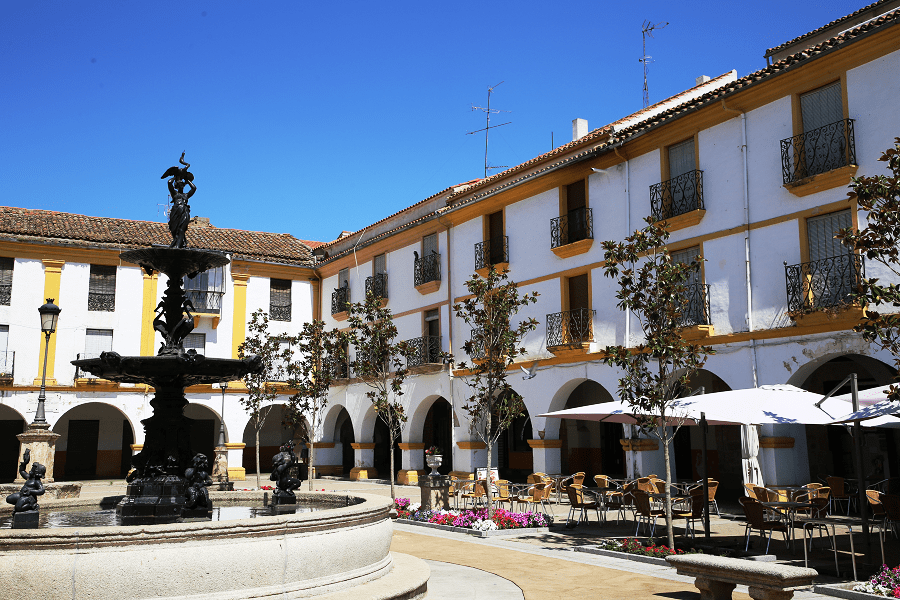 House of the First Marquis of Cerralbo: located in the Plaza Mayor. It dates from the first half of the 16th century. 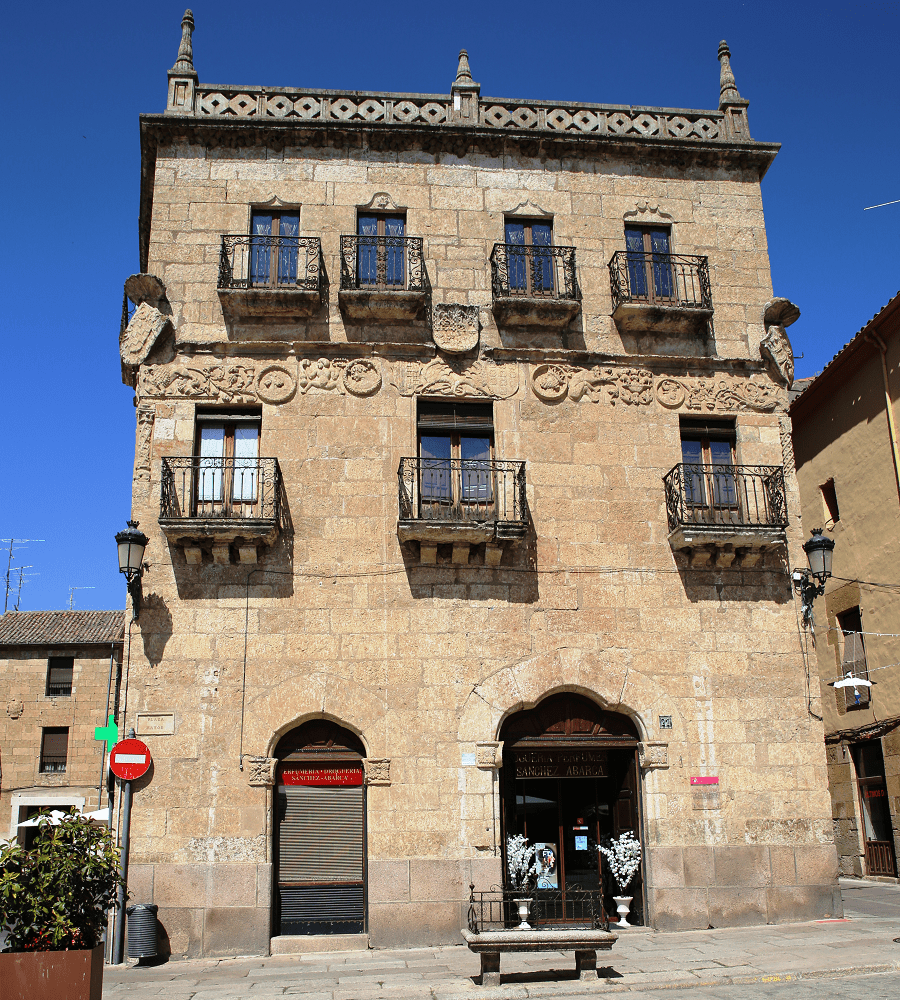 Cerralbo Chapel: Herrerian style, by Juan Ribero de Rada, 16th and 17th centuries. Raised “to shade the cathedral” as a funeral pantheon of the Pacheco family, thanks to the intercession of Cardinal Francisco Pacheco of Toledo. Parish church of “El Sagrario de la Catedral” since the end of the 19th century, when the family gave it to the Diocese. 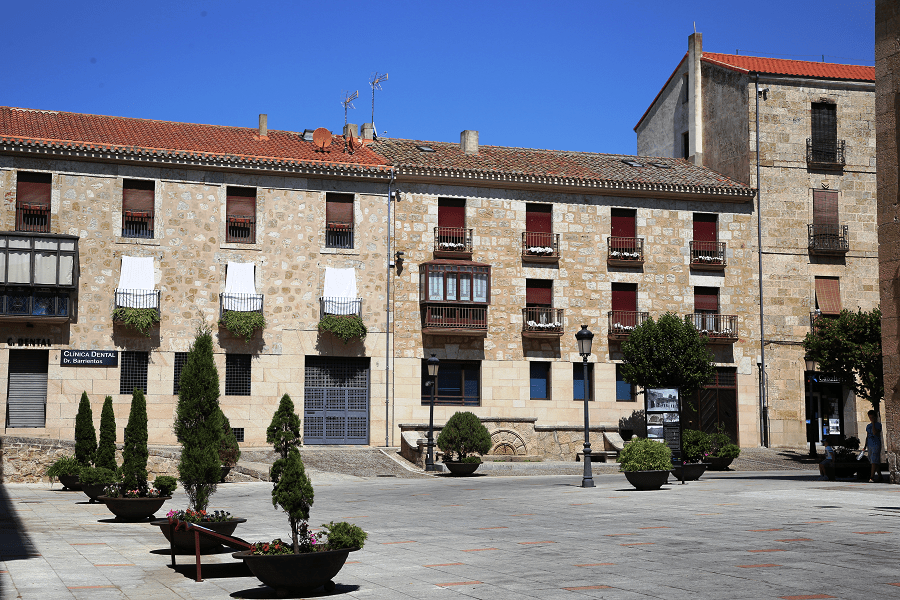 It still houses important pieces, such as the altarpiece, in walnut wood, the work of the Mirobrigense assembler Alonso de Balbás, with an extraordinary tabernacle, the oil painting of La Inmaculada by the Sevillian Domingo Martínez, or the praying statue of the Last Marquis and the altar frontal of the chapel on the gospel side, works by Mariano Benlliure. 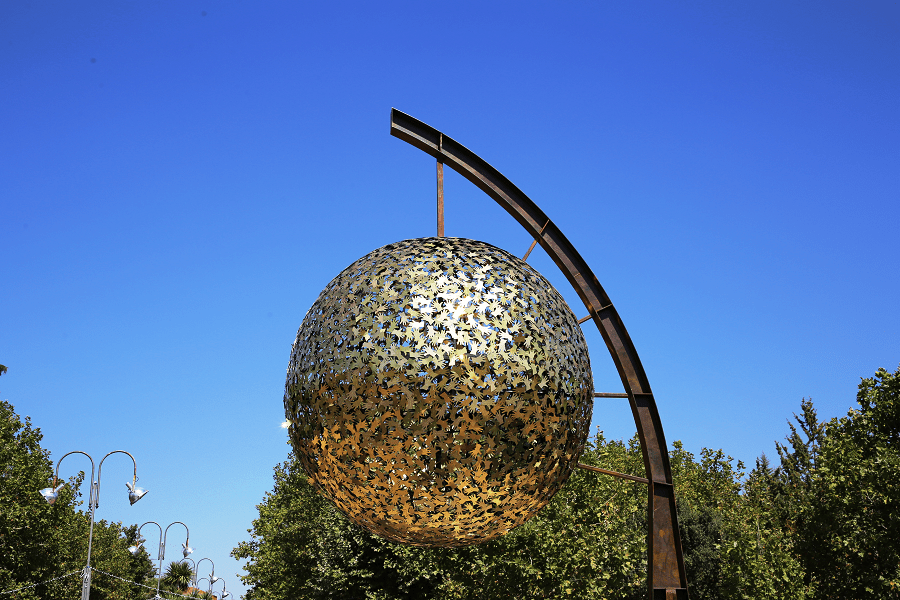 Town Hall: 16th century and Renaissance style. In 1903 the wing on the right was added. 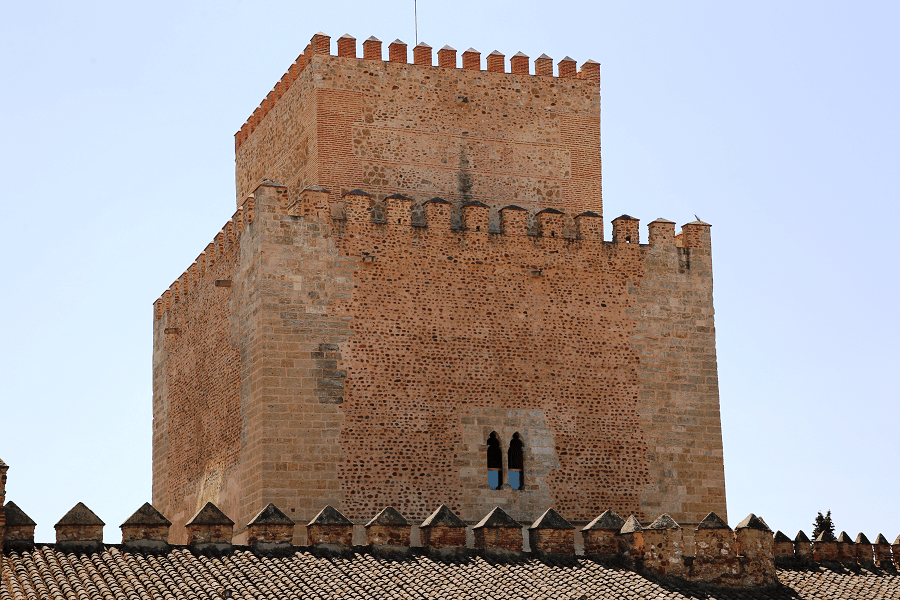 Casa de la Cadena: 16th century manor house. It has undergone various reforms as it has been used as a barracks since the War of Succession. 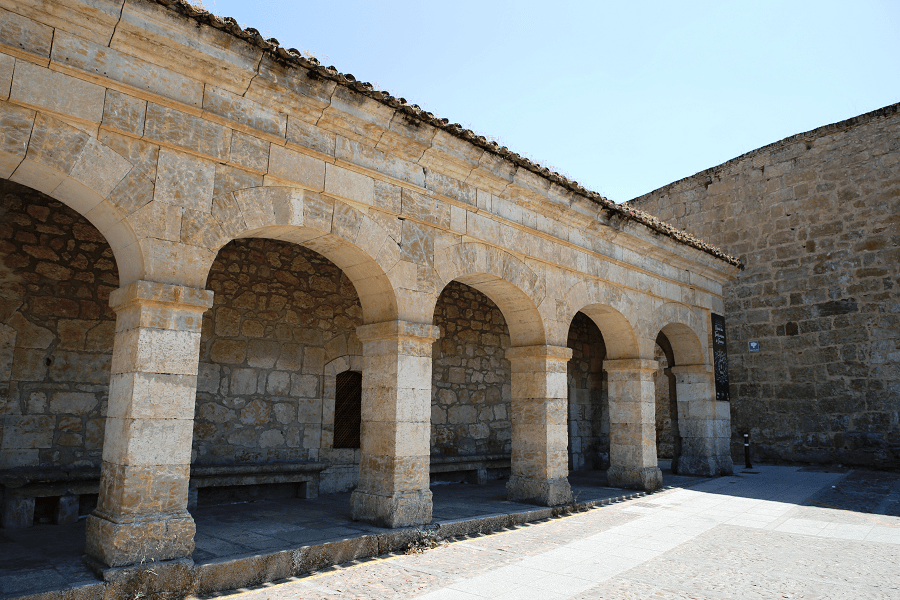 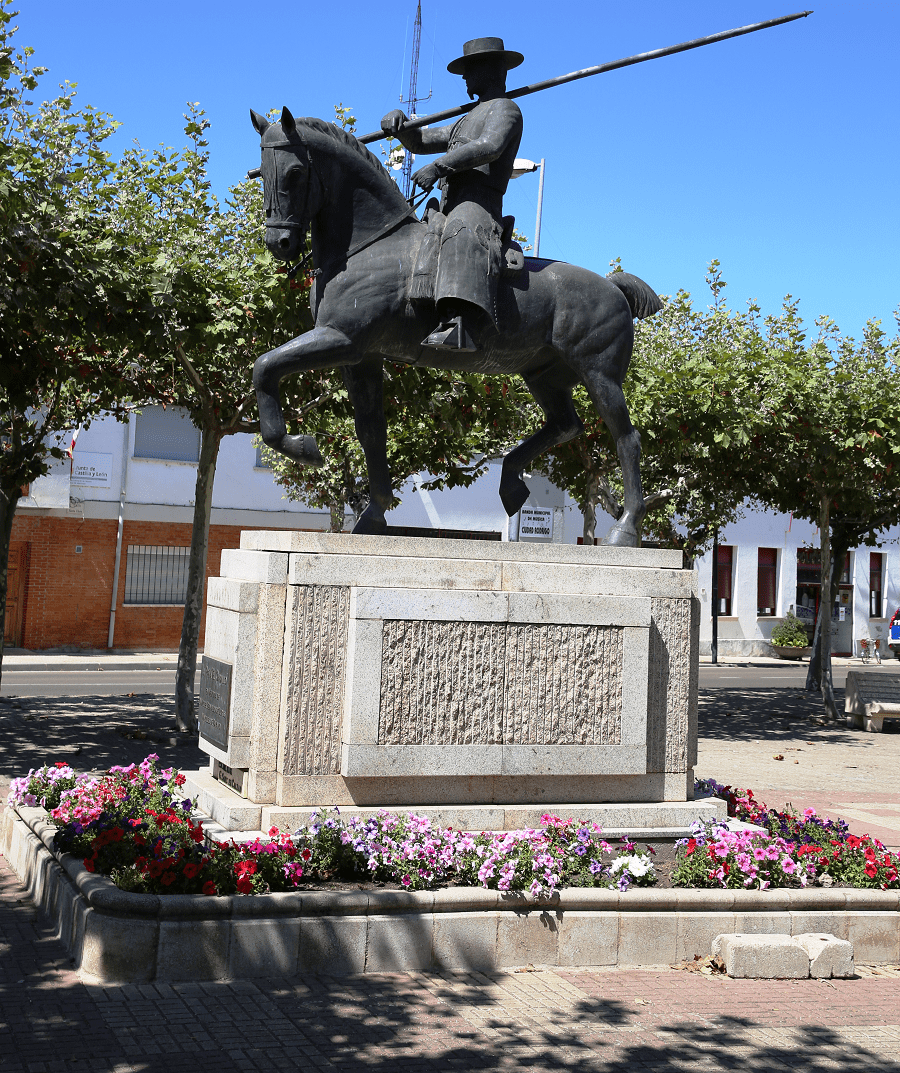 Former convent of the Barefoot Franciscanas: a building from 1739. Its construction is attributed to Manuel de Larra Churriguera. Currently the “Obispo Téllez” geriatric residence, in honor of Fray Gregorio Téllez, bishop of Ciudad Rodrigo who ordered the construction of the convent in the so-called “Campo de Trigo”. 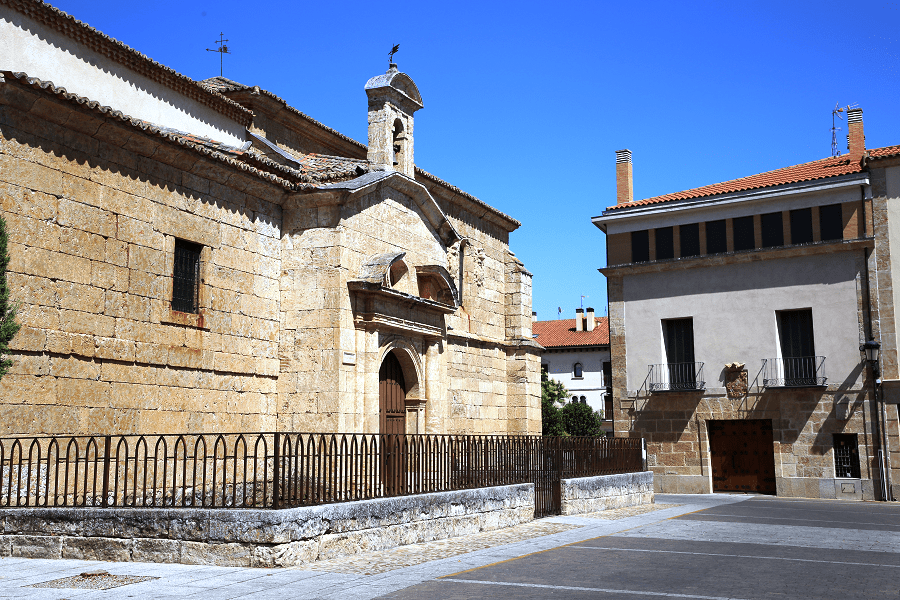 Church of San Pedro and San Isidoro: church with origins in the 12th century, preserves a Mudejar Romanesque apse. Reformed in the 16th, 18th and 20th centuries to house the family pantheons of noble families from Mirobig, among which the Vázquez family stand out, who paid for the main chapel. An Indian member of this family gave the parish church a beautiful oil painting of the Virgin of Guadalupe by the Mexican Juan Correa (1646-1716). 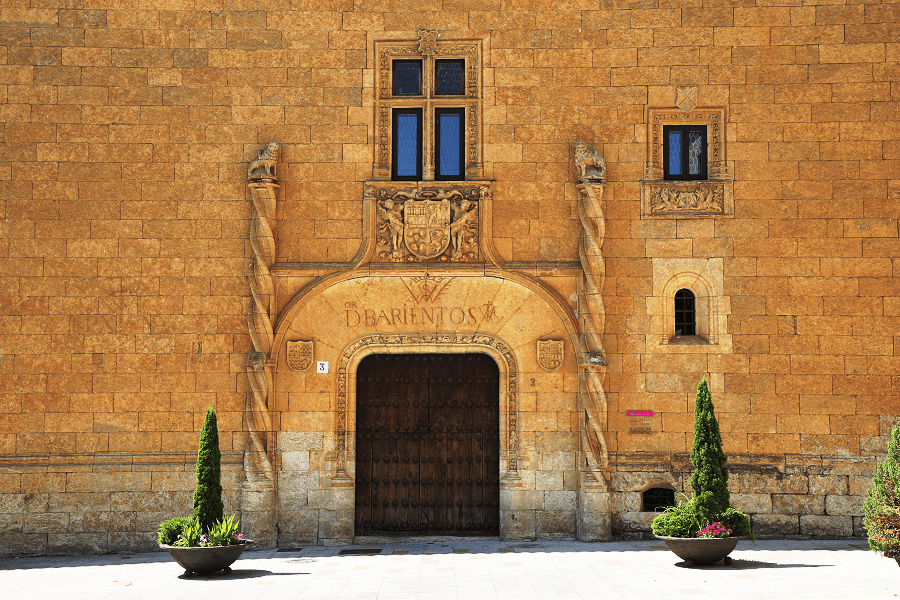 Herrasti Square: it is located at the northwest end of the walled enclosure, next to the cathedral. It was named in honor of General Andrés Pérez de Herrasti, defender of the square during the War of Independence and contains a monument in his name and the tomb of the guerrilla from the War of Independence Julián Sánchez “El Charro”. 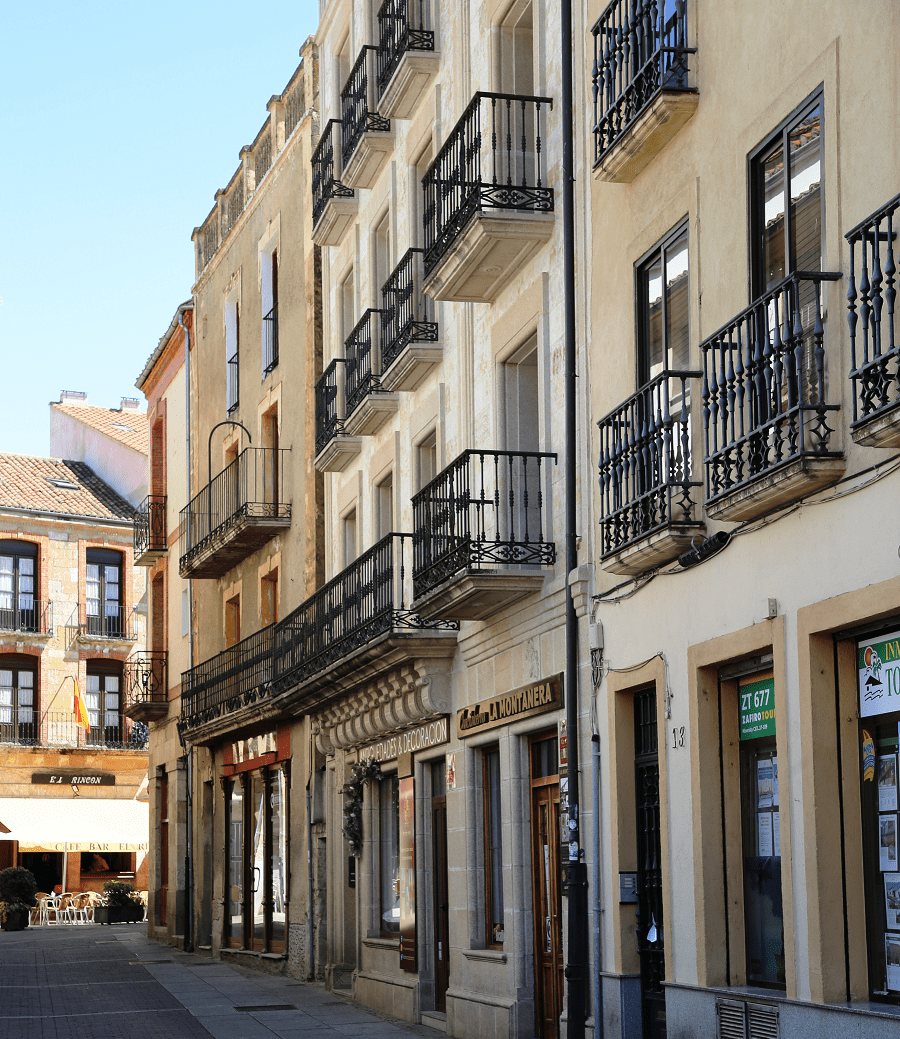 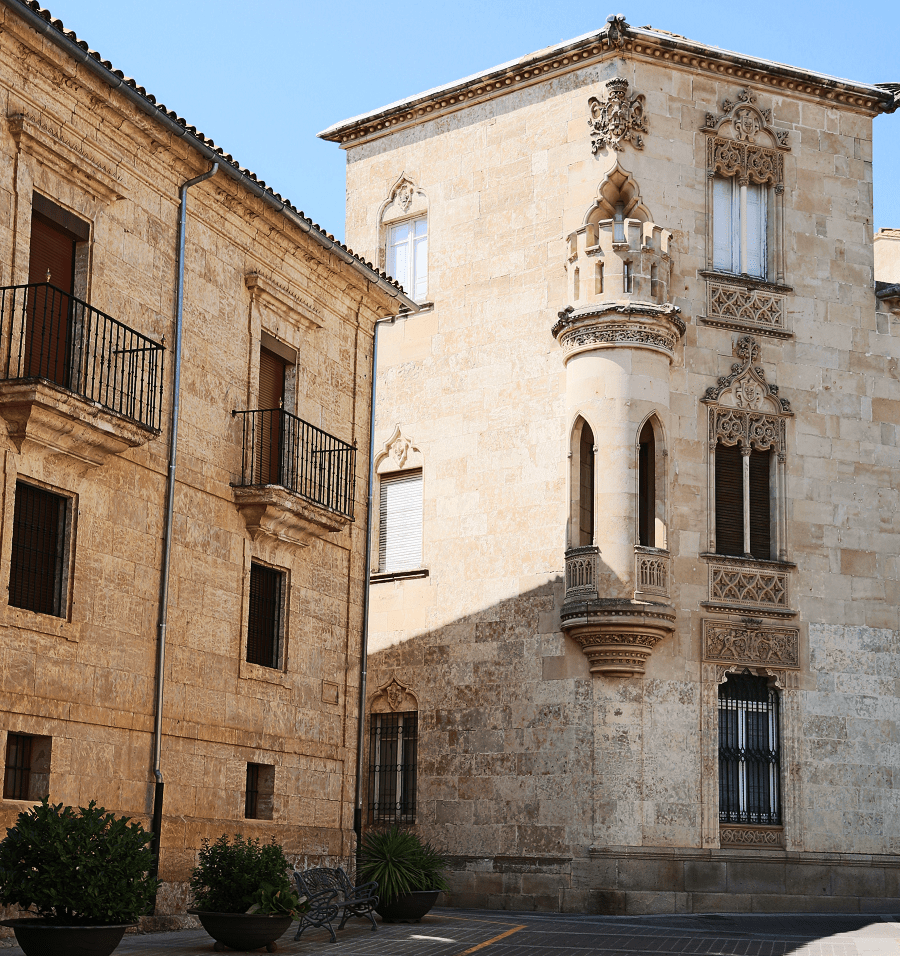 Inside, the altarpiece, the work of Miguel Martínez de la Quintana, and two baroque paintings: “Virgin with Child” and “San Juanito playing with Jesus” stand out. 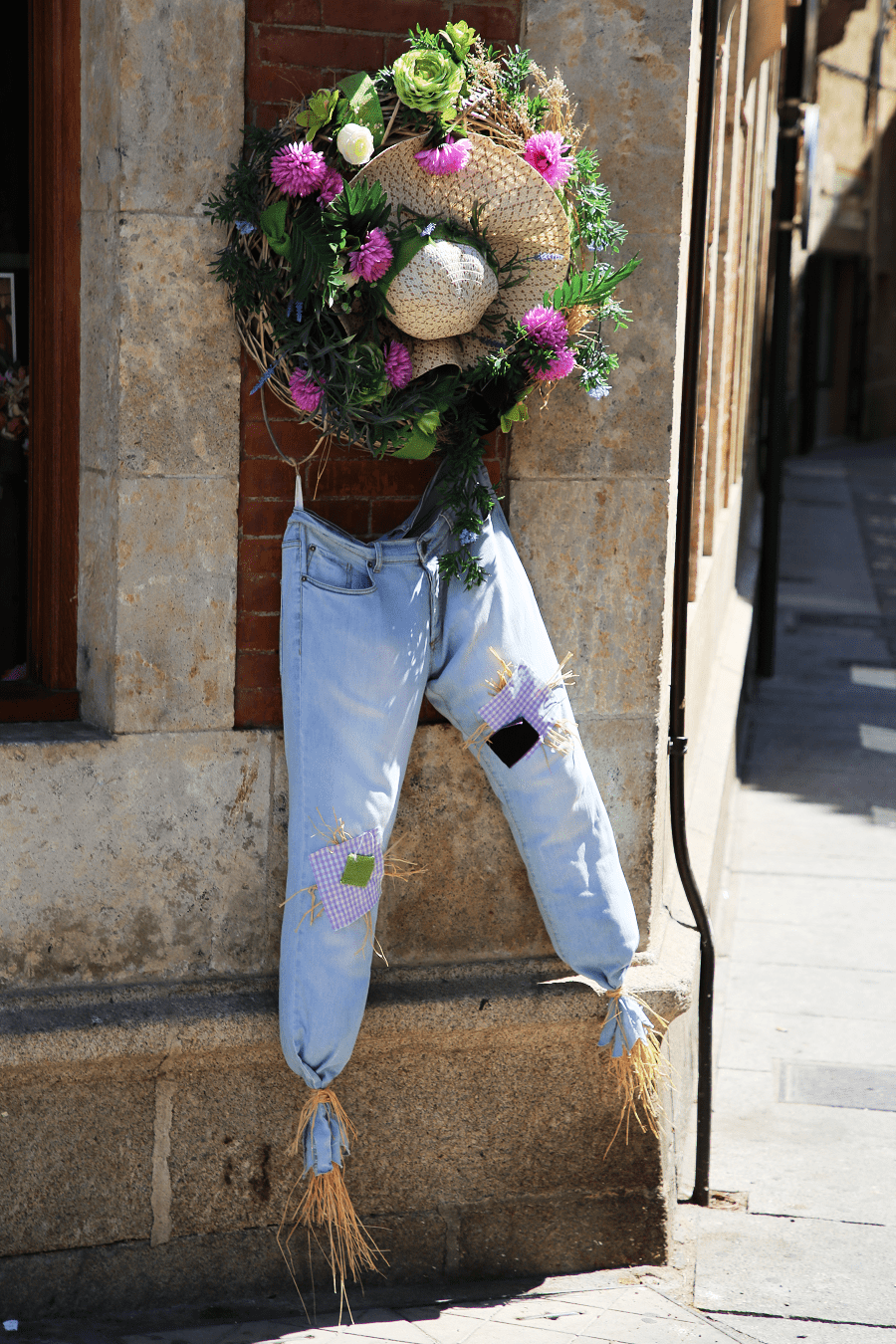 Church of San Cristóbal: an old temple rebuilt in the 18th century thanks to Bishop Gregorio Téllez. It preserves two Baroque altarpieces, the one on the side of the epistle houses an image of Saint Christopher from the 15th century and a Baroque one of Saint Sebastian, the patron of the city and which comes from the ruined hermitage of the Saint, next to the Hospice. 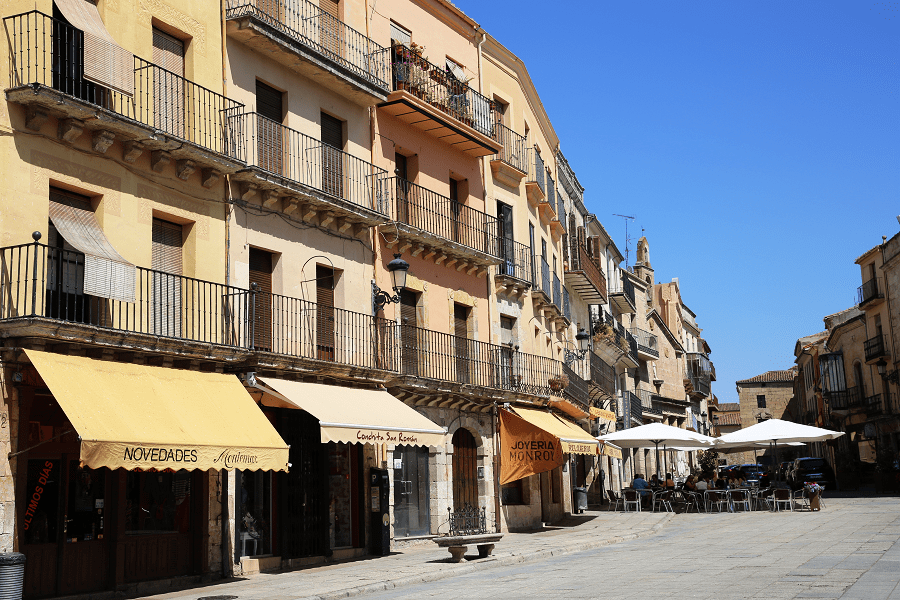 Hospital of the Passion. Welfare institution founded during the time of the Catholic Monarchs, which has survived to this day with similar purposes. A 16th century building greatly modified during the 18th century. 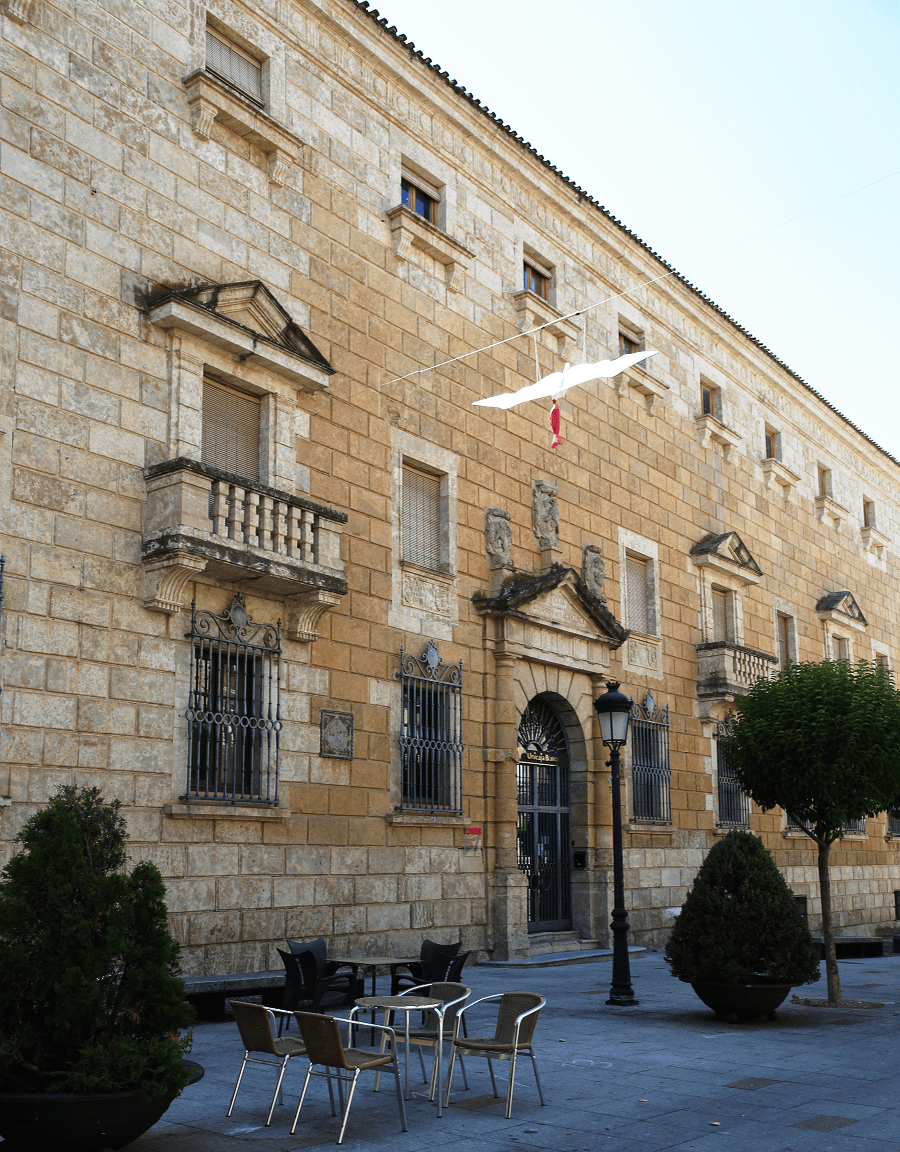 The chapel houses an interesting Crucified by Lucas Mitata that forms a Calvary with a Saint John and a Mary, the work of Juan de Remesal. 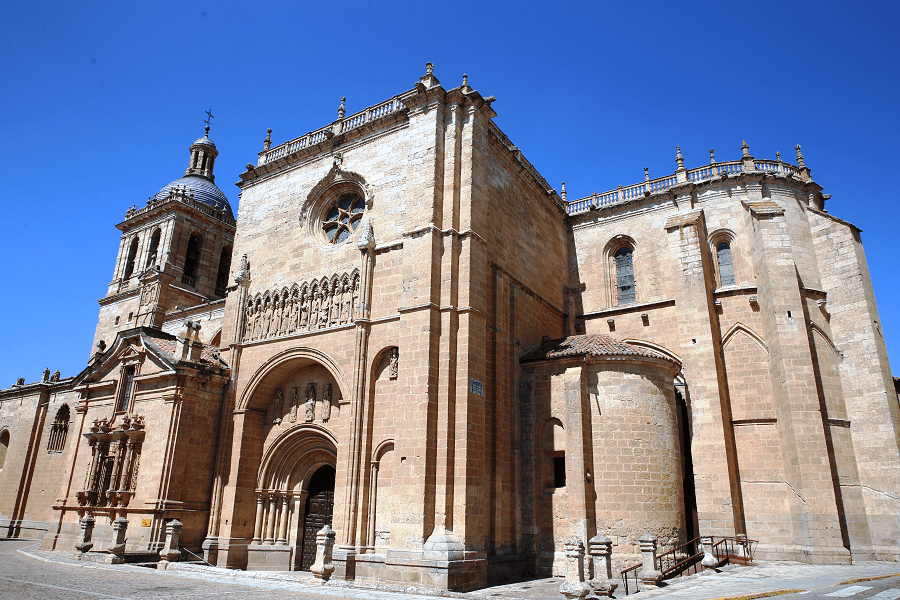 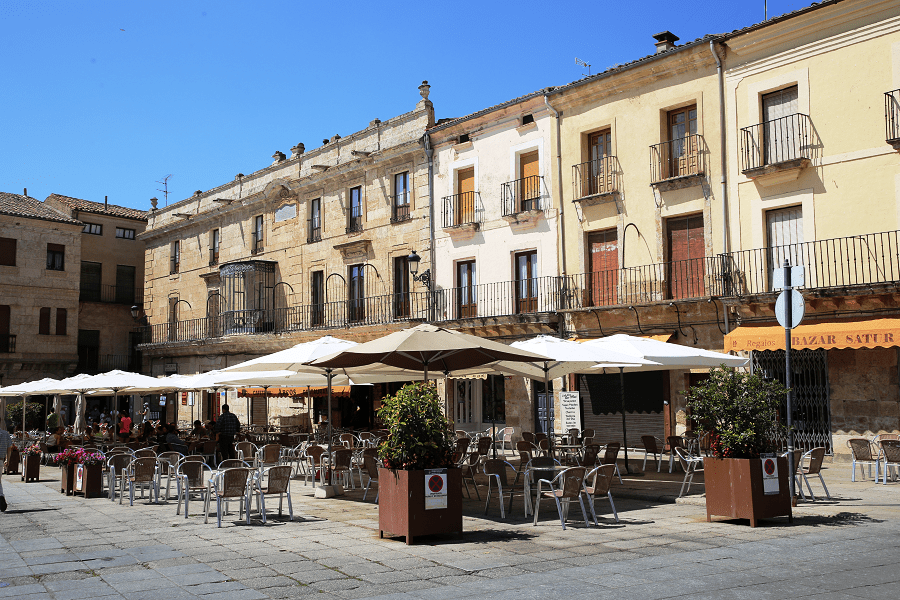 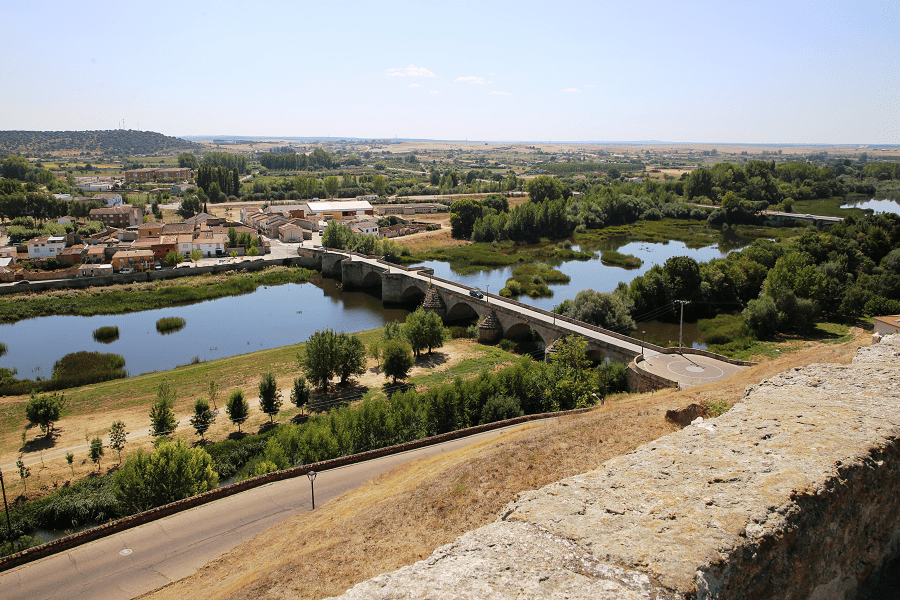