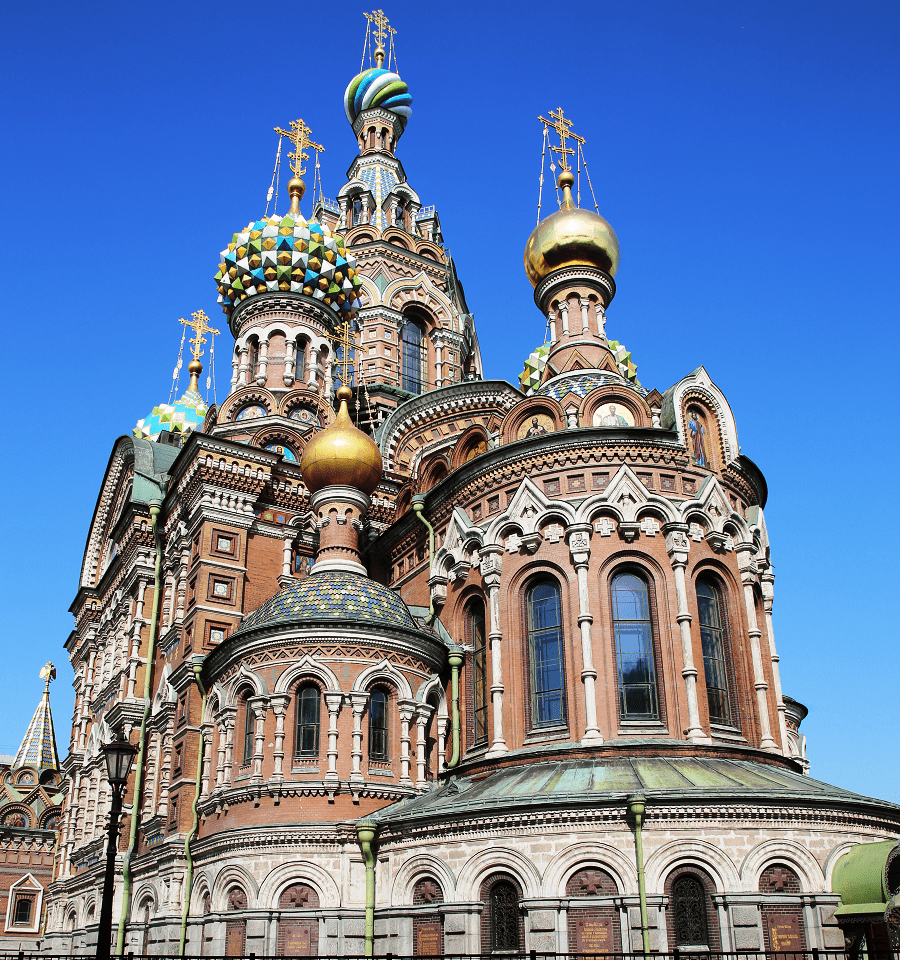 The Church of the Resurrection of Christ on Blood, or the Church of the Savior on Blood, is a memorial Orthodox church in St. Petersburg, built in memory of the fact that on this site on March 1, 1881, Emperor Alexander II was mortally wounded as a result of an assassination attempt (the expression on the blood indicates for the king’s blood). The temple was built as a monument to the tsar with funds collected from all over Russia.

Located in the historical center of St. Petersburg on the banks of the Griboyedov Canal, next to the Mikhailovsky Garden and the State Russian Museum. The height of the nine-domed temple is 81 m, the capacity is up to 1600 people. It is a museum and a monument of Russian architecture. 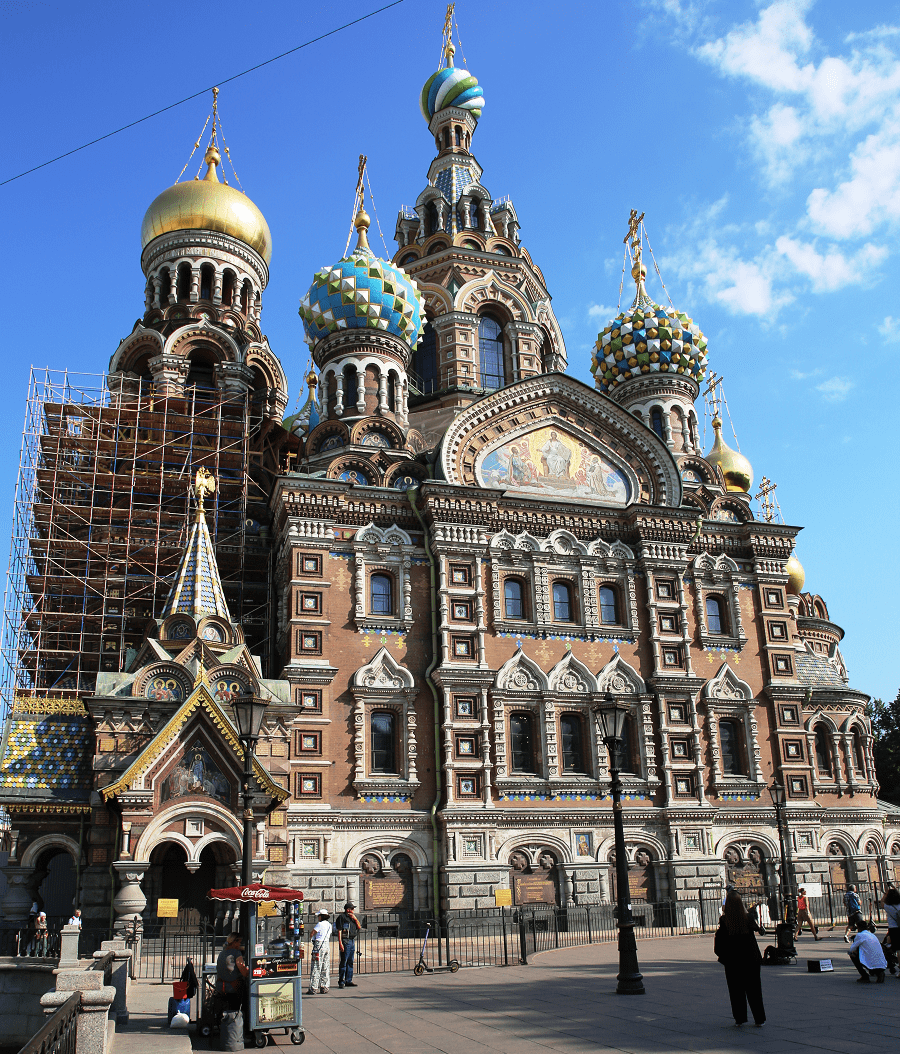 The temple was erected by decree of Emperor Alexander III in 1883-1907 according to a joint project of the architect Alfred Parland and Archimandrite Ignatius (Malyshev), who later abandoned the construction. The project is made in the Russian style, somewhat reminiscent of the Moscow Cathedral of the Intercession on the Moat. Construction lasted 24 years. On August 6, 1907, the cathedral was consecrated in the name of the Resurrection of Christ. It has the status of a museum (museum complex State Museum-Monument as part of St. Isaac’s Cathedral). 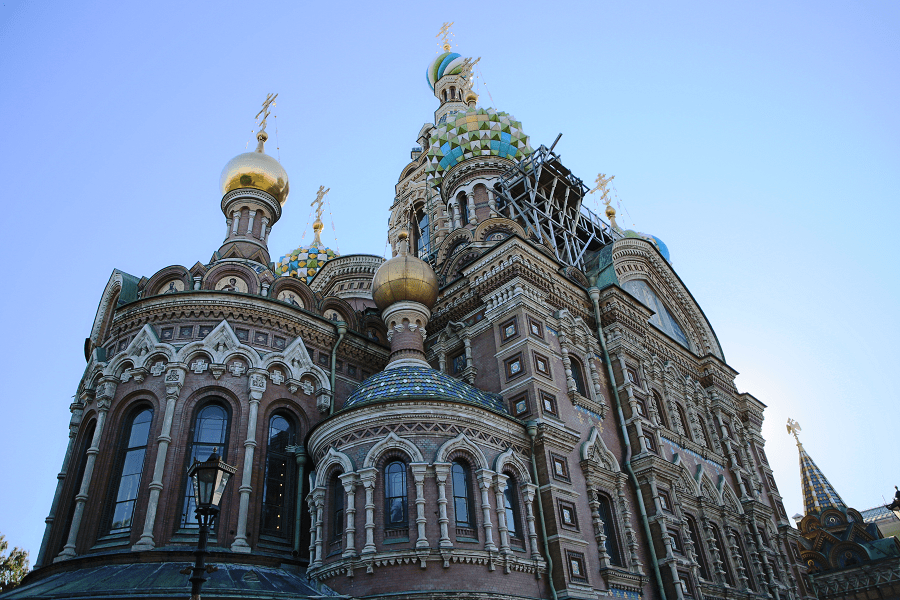 The Cathedral of the Resurrection of Christ was one of two, along with St. Isaac’s Cathedral, churches in St. Petersburg, which were state-owned.

A variety of finishing materials were used in the decor of the building – brick, marble, granite, enamels, gilded copper and mosaics.

Inside the temple is a real museum of mosaics, the area of which is 7065 square meters. The mosaic was created in the workshop of V. A. Frolov according to sketches by more than 30 artists, among whom were such as V. M. Vasnetsov, F. S. Zhuravlev, M. V. Nesterov, A. P. Ryabushkin, V. V. Belyaev , N. N. Kharlamov. The mosaic exposition of the temple is one of the largest collections in Europe. 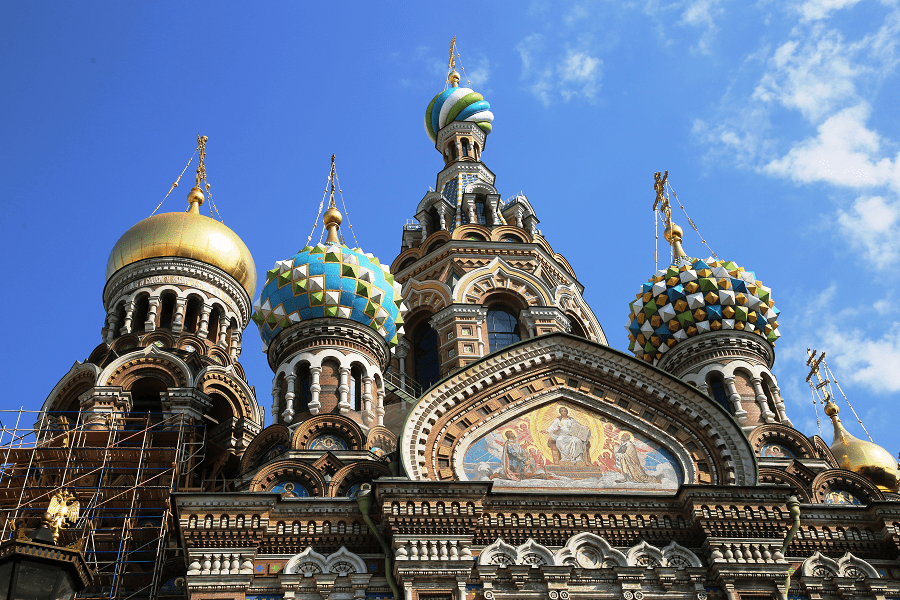 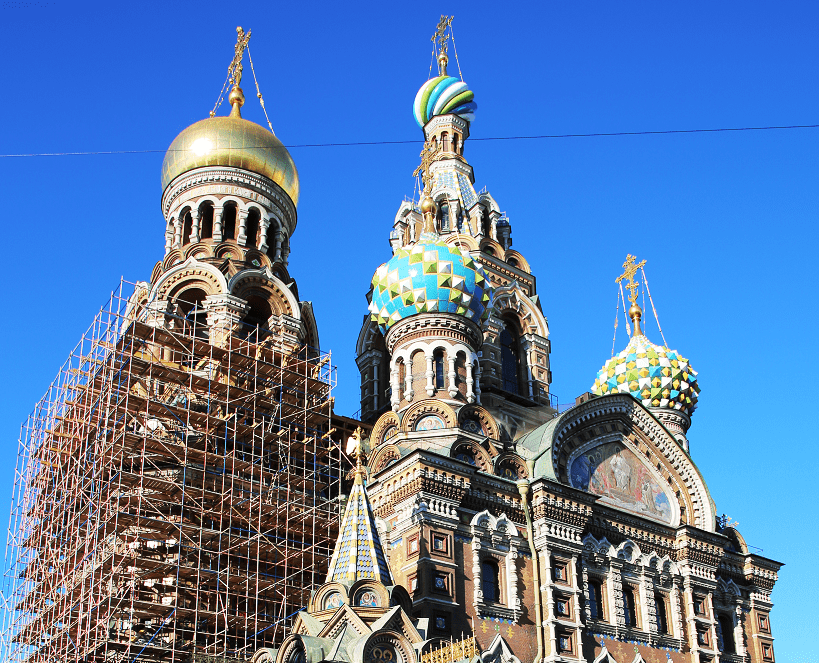 Entrance ticket in the evening