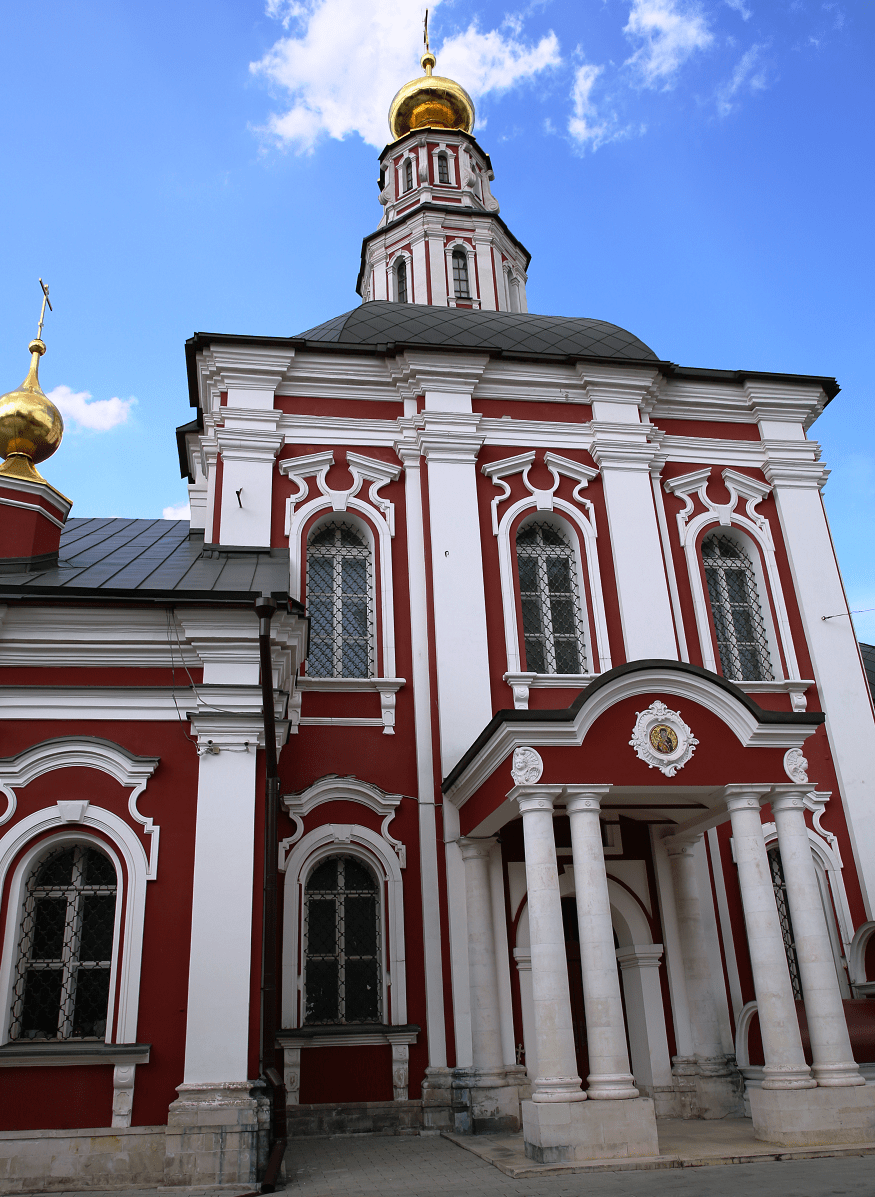 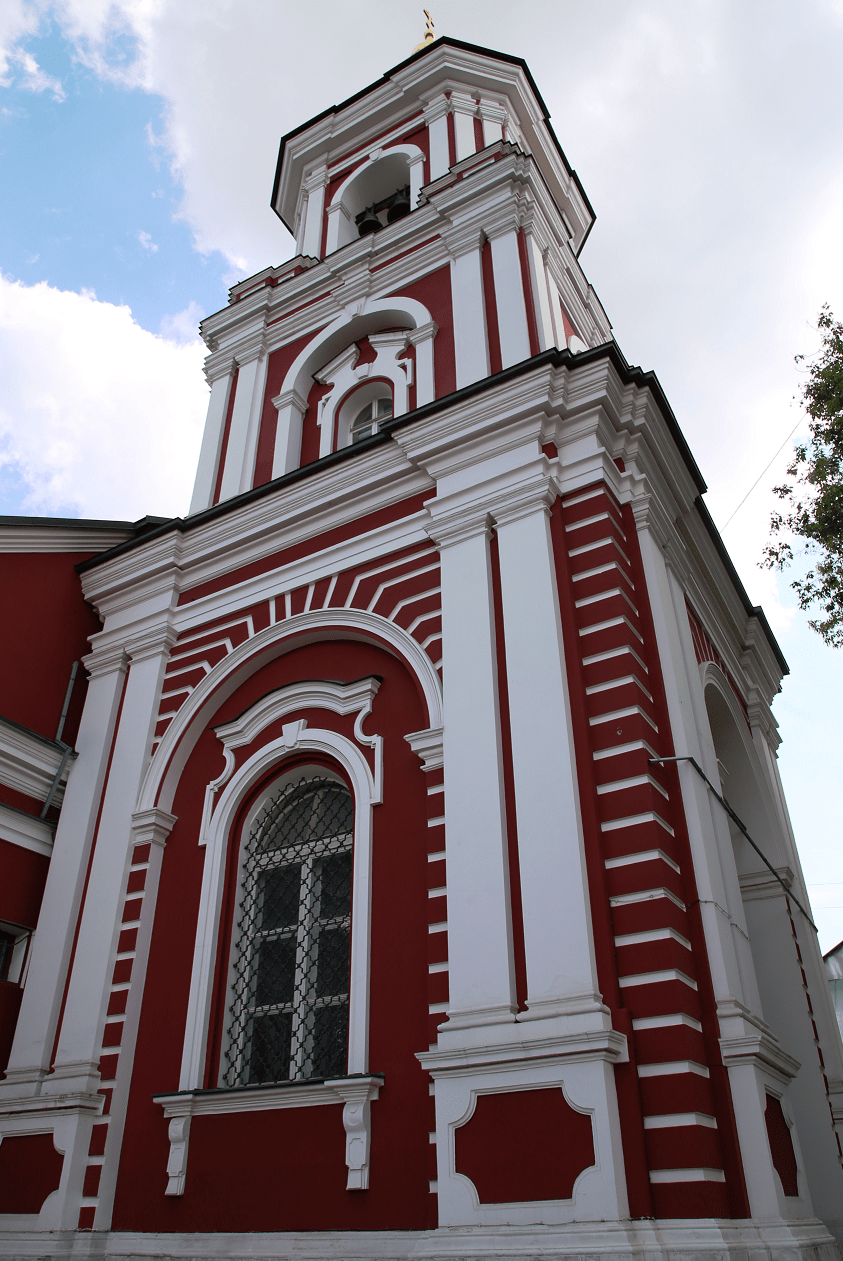 The architecture of the church refers to the mature Elizabethan Baroque. To the quadrangle from the east, there is a semicircular apse. In the west, there is a two-line refectory with a three-tiered bell tower. The walls are evenly dissected by pilasters and completed with wide cornices. Wide arched windows are decorated with figured platbands. The windows of the second floor of the quadrangle are crowned with endings in the form of torn pediments. 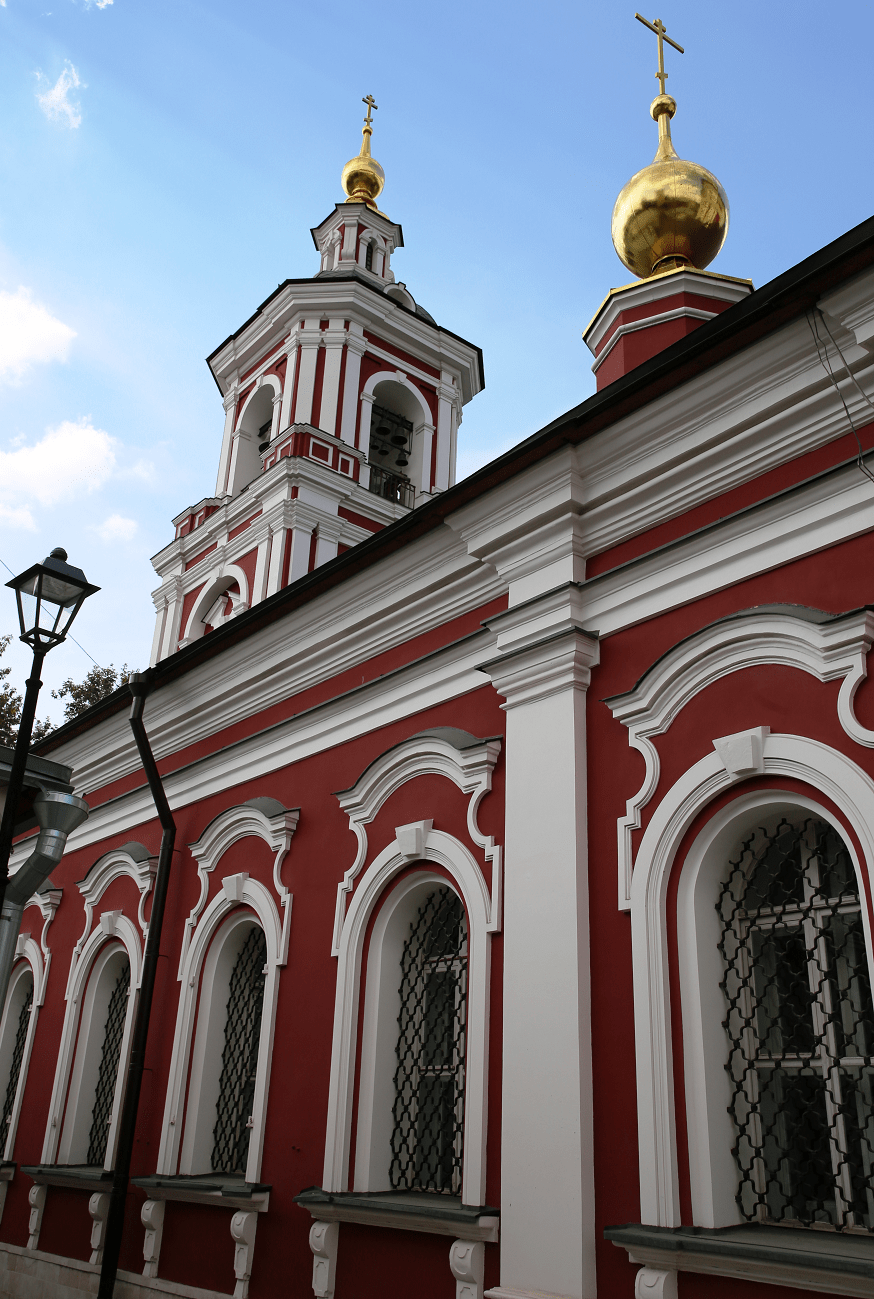 The church is located on the “arrow” intersecting at an acute angle of the streets of Nikoloyamskaya and Stanislavsky (the former Bolshaya and Malaya Alekseevsky). Previously, it completed the prospect of the ancient Vladimir tract. At the entrance to Moscow the church of St. Alexis was perceived as part of an architectural ensemble, standing almost opposite the church of Sergius of Radonezh. 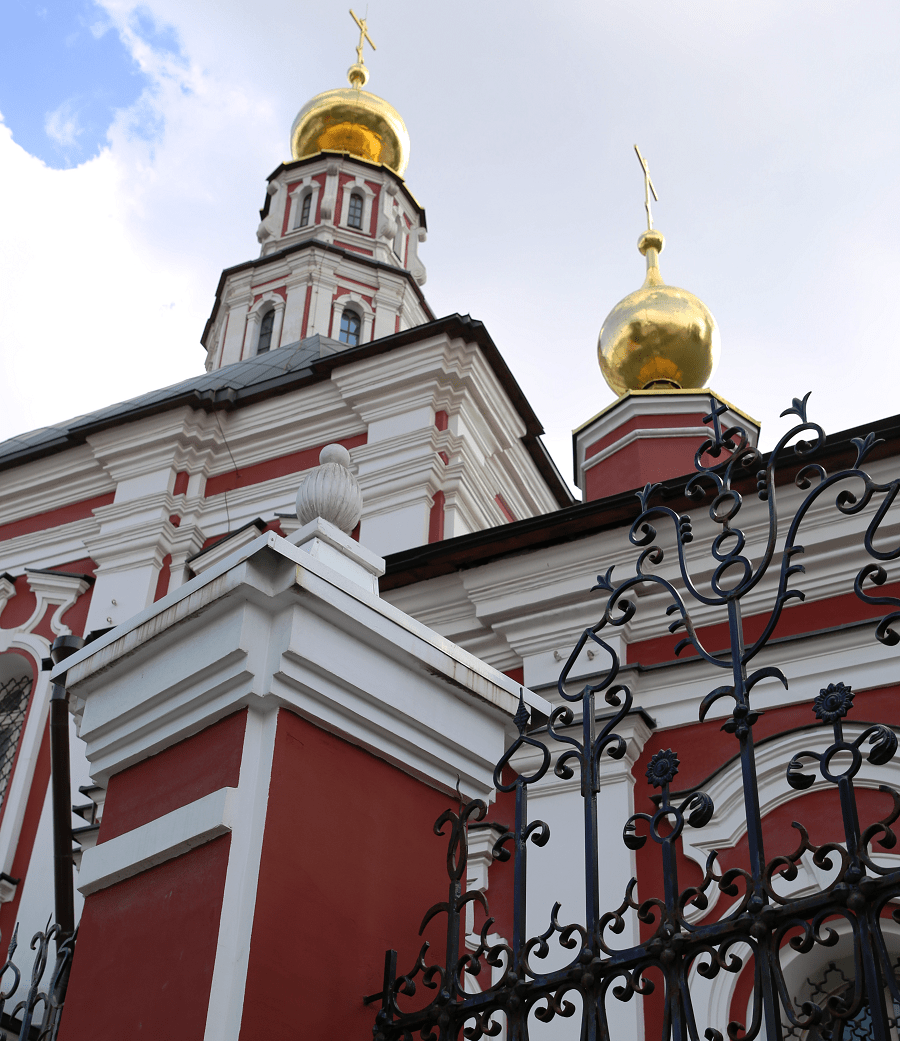