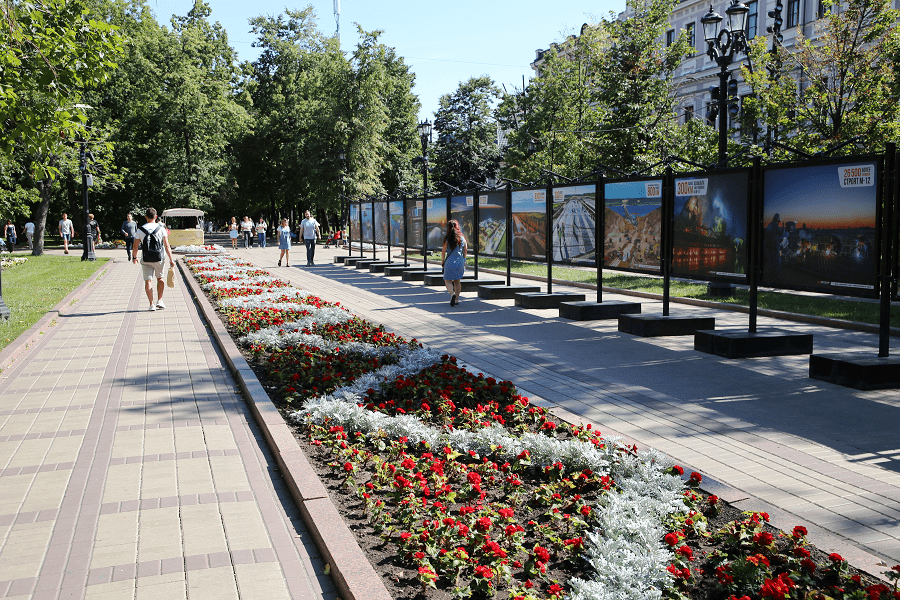 There is Chistye Prudy Pond on the boulevard.

Chistoprudny Boulevard is the largest in the area and the second longest (after Tverskoy) on the Boulevard Ring. 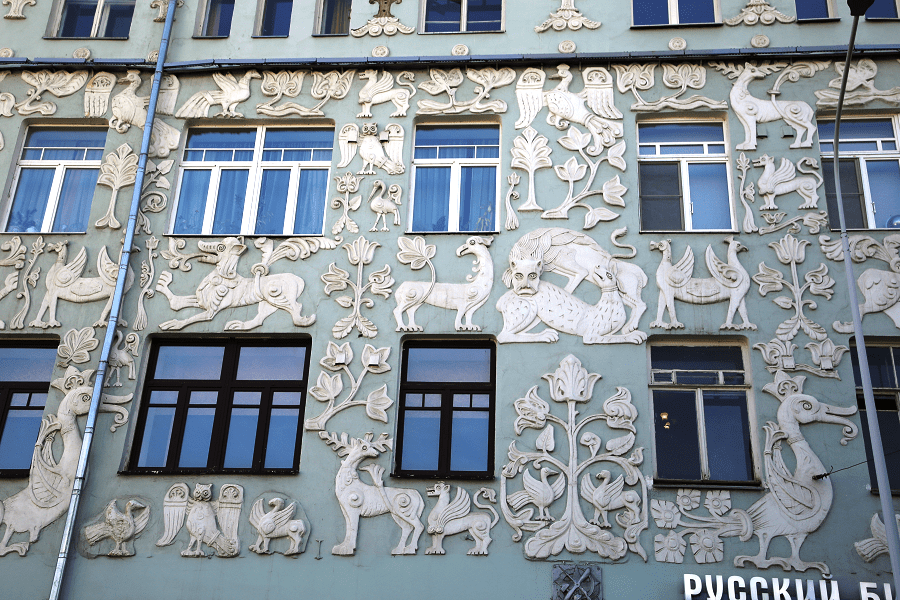 The area occupied by the boulevard has been known since the 16th century, when slaughterhouses settled here – the Animal Yard, later the Sovereign Battle Yard. The meat trade gave the name to the adjacent Myasnitskaya Street (Meat Street), and its waste, dumped into the nearest swamp, gave the name to the Pogany Pond.

Since 1699, the corner property at the Butcher’s Gate belonged to A. D. Menshikov, who built the Menshikov Tower in the back of the courtyard. The meat trade in Myasnitskaya was curtailed in 1710, and in 1723 the slaughterhouses were moved away. 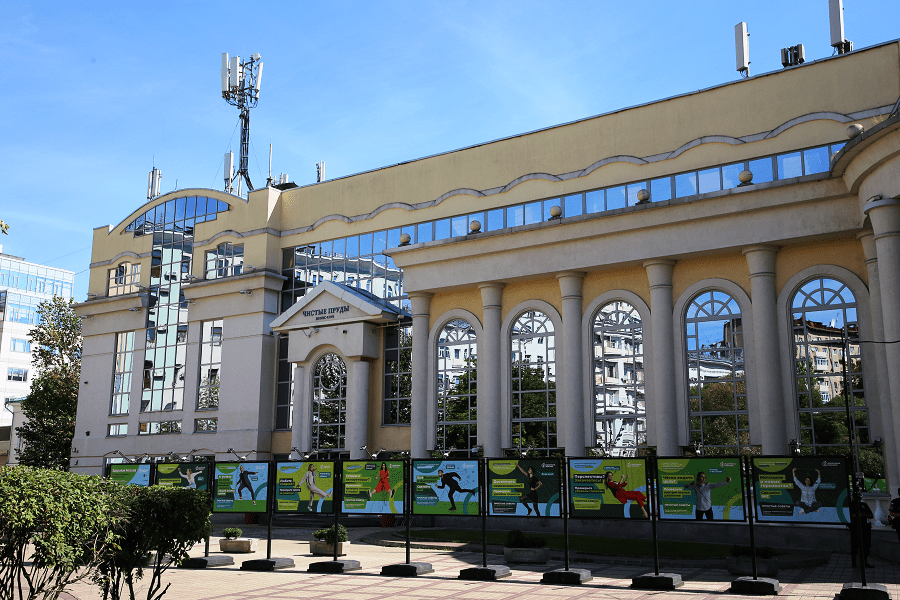 After the fire of 1812, the remains of the wall of the White City were demolished, the pond was cleared and two hotel buildings were built at the ends of the resulting boulevard. The hotel at the Pokrovsky Gate has survived to this day, and the Myasnitsky Gate was demolished in the 1930s. In its place is the lobby of the Chistye Prudy metro station and the monument to A. S. Griboyedov. 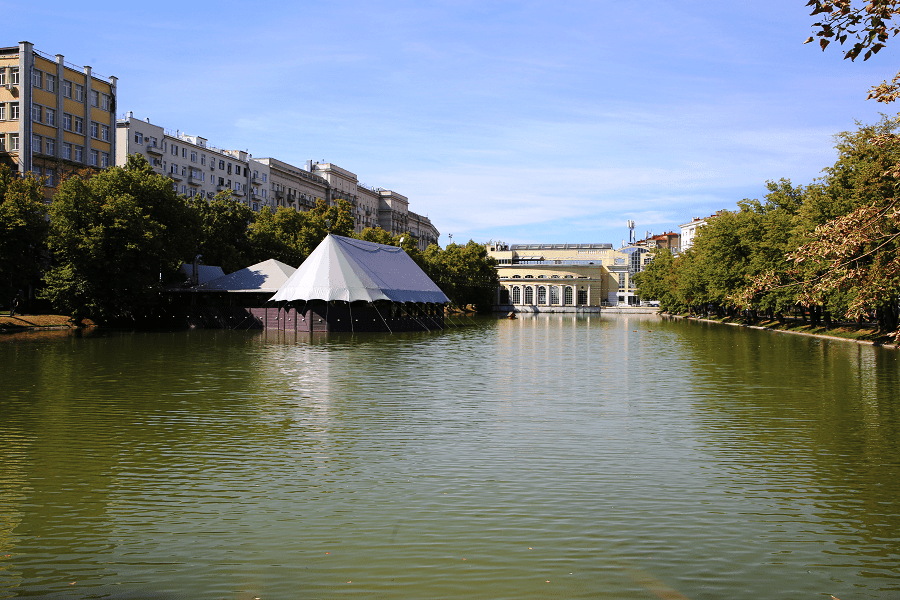 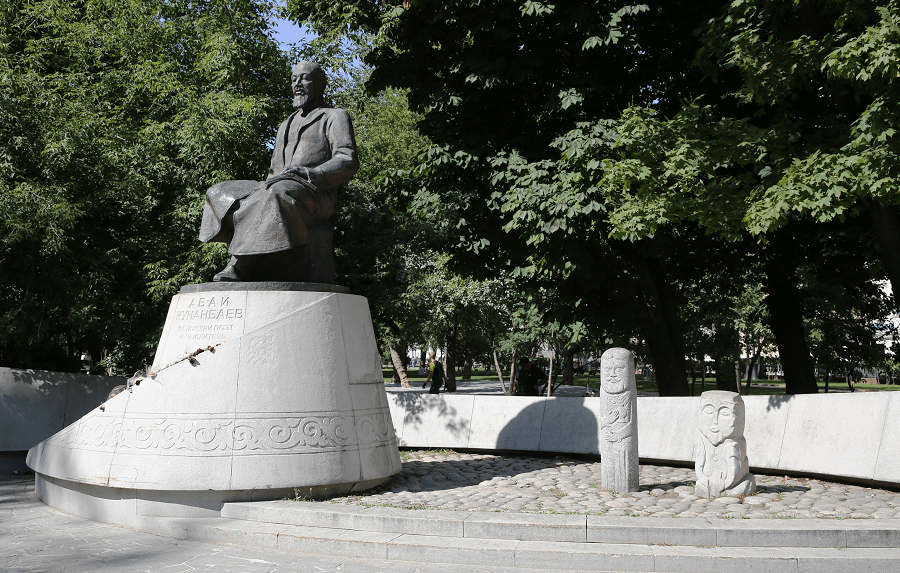 In 1914, the Coliseum cinema was built, which was reconstructed into the Sovremennik theater 60 years later. 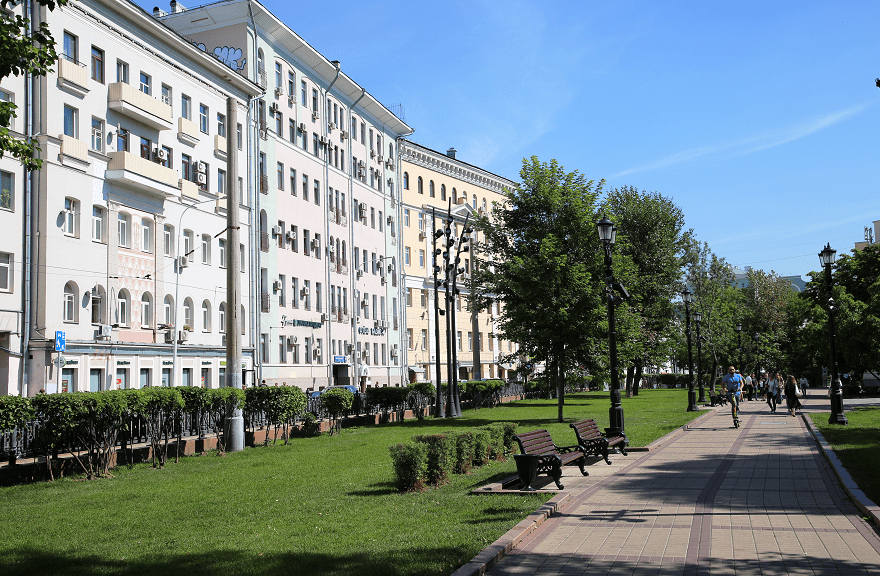 Chistoprudny Boulevard is one of the centers of cultural life in modern Moscow. There are several popular theaters on the boulevard or nearby, including Et Cetera, Sovremennik and the O. Tabakov theater. In addition, in the summer, the boulevard becomes a platform for many street musicians and a venue for thematic exhibitions of contemporary photographic art. 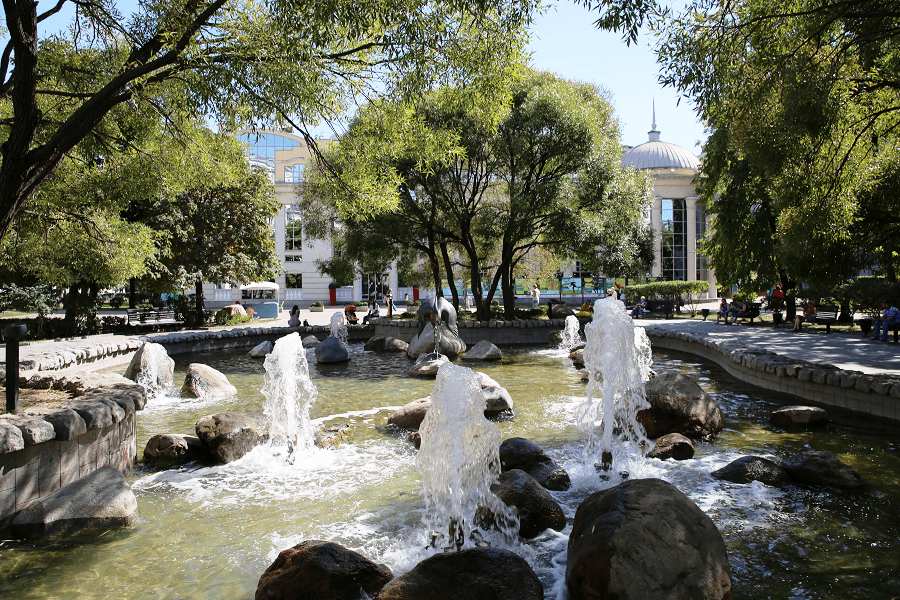