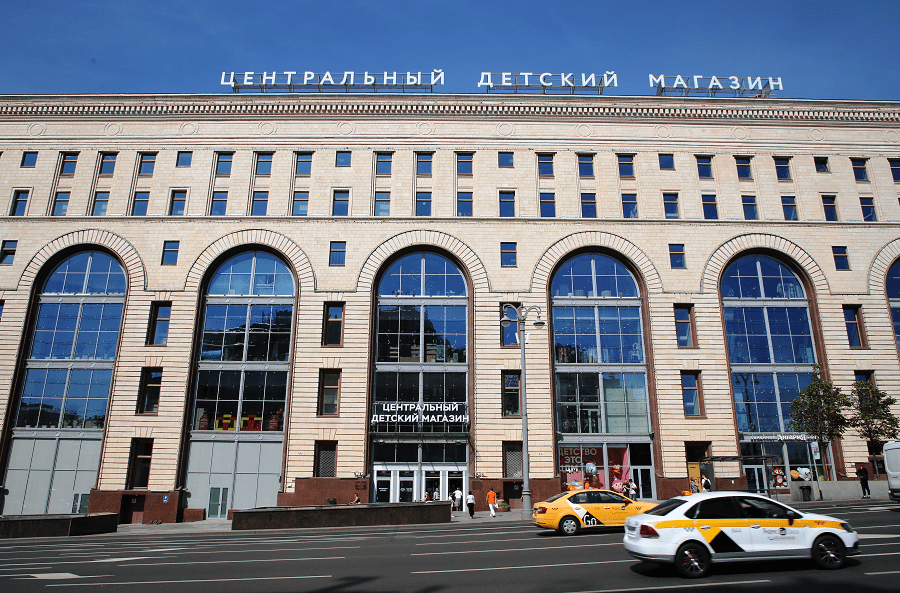 Central Children’s Store in Lubyanka (until 2015 – “Children’s World”) is the largest specialized children’s shopping center in Russia.
The building was designed in 1953-1957 in the center of Moscow, on Dzerzhinsky Square (since 1990 – Lubyanskaya Square) according to the project of architect Alexei Nikolaevich Dushkin (co-authors I. M. Potrubach and G. G. Akvilev, engineer L. M. Glier) on the site of the demolished Lubyansky Passage, above the Dzerzhinskaya deep underground station (since 1990 – Lubyanka).

Stylistically, the building is an example of the transition from Stalinist classicism to the minimalism of the 1960s. During construction, the project of the department store was edited many times, and some external and internal decor elements, including Pavel Korin’s mosaic panels, were not implemented due to the “fight against excesses in architecture.”

The volume of the building was created as part of the ensemble of Dzerzhinsky Square (now Lubyanskaya Square). Large arcades and originally conceived decor were supposed to give the huge structure lightness and loftiness, hiding its grandiose scale.

The ground floor was made of granite and the walls of ceramic blocks that the Kuchinsky plant produced. Intermediate rods, elements of the cornice and other details were also made of ceramic, which was widely used in the architecture of Moscow in the late 1940s and 1950s.

The store opened on June 6, 1957, and became the largest children’s store in the USSR and the first retail facility in the union to be built to world standards. The department store sold all kinds of goods for children of different ages – from newborns to high school students.

In 2005, the building received the status of an object of the cultural heritage of regional significance. In 2008, the “Central Children’s Store on Lubyanka” was closed so that it could be reconstructed and restored.

In 2015, the owner of the facility, Hals-Development Group of Companies, completed a large-scale reconstruction, which also preserved the historical appearance of the store building. On the site of the three-story atrium of the architect Dushkin, where the famous carousel was located, a new one was built, seven floors high. The retail space increased by more than a quarter—to 34,000 m². Investments in the project amounted to 8 billion rubles.

A monumental clock that the Petrodvorets Watch Factory built complemented the interior. The clock mechanism weighs 4.5 tons, consists of five thousand parts made of steel, aluminum, and titanium and is covered with gold. The pendulum has a diameter of 3 meters. The mirror surface of the pendulum acts as an aspherical mirror, creating an optical effect. The main mechanism of the clock is located on the fifth floor; according to the clock’s manufacturer, the clock is the largest mechanical clock in the world and one of the top five mechanical clocks in the world, such as Big Ben, the Kremlin chimes, the Prague chimes and the clock in Guangzhou.

In addition to areas for trade in goods for children and youth, the building houses the city of professions “Kidburg”, the children’s center for scientific discoveries and the laboratory “Innopark”, a multiplex cinema, the Winstrike esports arena, the Rock the Cycle studio, the fabulous residence of Baba Yaga and some interactive learning platforms. On the last trading floor, there is a food court, and on the floor above, there is a “Museum of Childhood”, where about a thousand exhibits are collected, including old toys. On a small section of the roof, there is an observation deck with a panoramic view of the center of the capital. Since 2019, a gastrogallery has operated on the ground floor of the building, bringing together many popular cuisines of the world.

Since 2015, it has been operating under the logo “Central Children’s Store on Lubyanka” because the historical name belongs to the former owner of the building – the Detsky Mir retail chain. 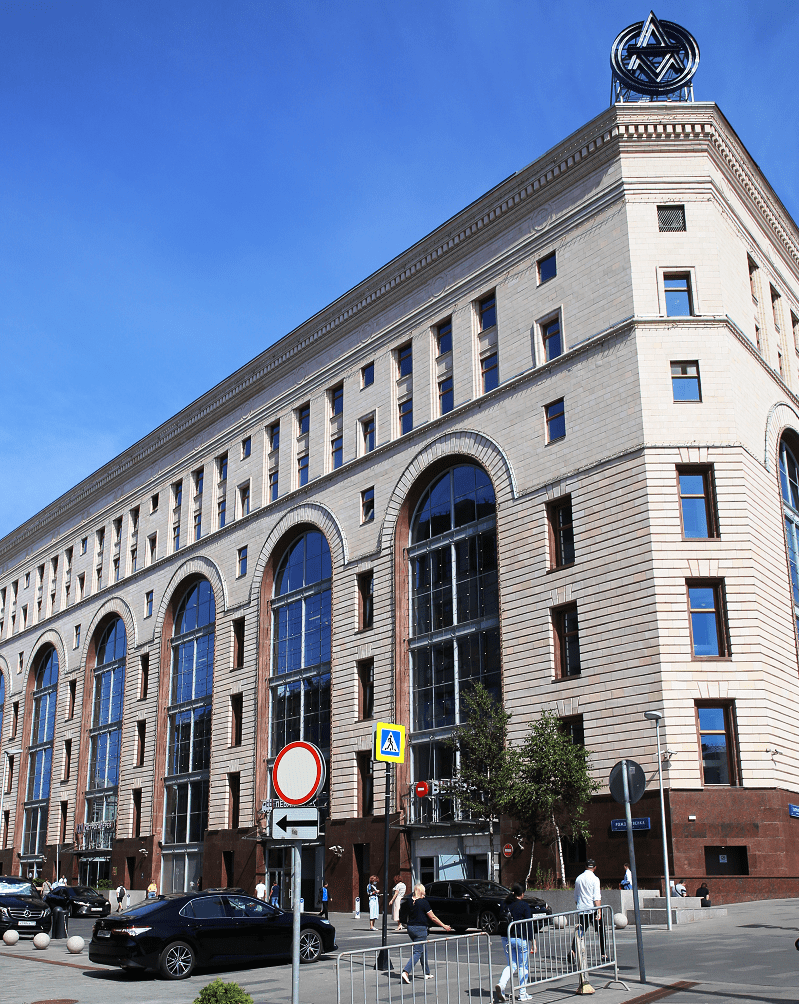