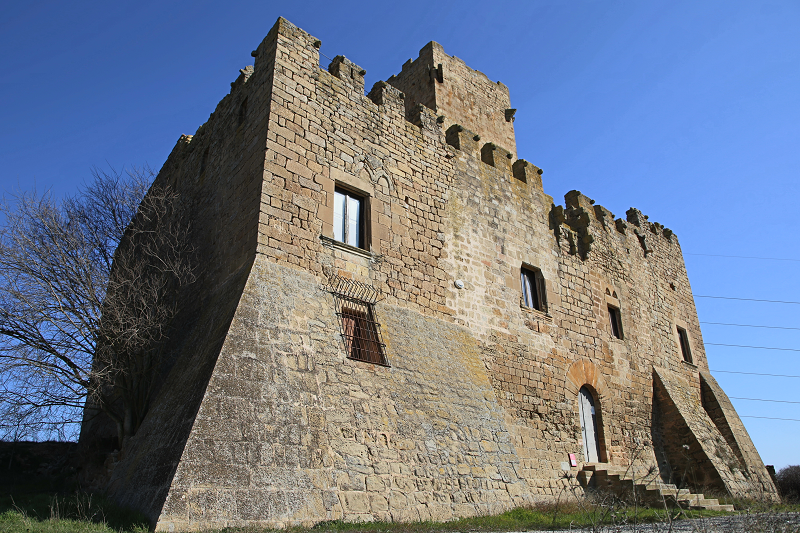 The Castle of Sitges (Castell de les Sitges) is a castle of Romanesque and Gothic style, in the municipality of Torrefeta and Florejacs, in La Segarra, Lleida province, Catalonia, Spain. It is a monument declared Cultural Asset of National Interest.

In the 2010s, for the first time in the ten centuries of its history, the castle is regularly open to the public, with the aim of becoming a promotion center for cultural, recreational and social events.

Its strategic situation, dominating the Llobregós valley, made it the protagonist of the Christian struggles in the Early Middle Ages during their slow progress towards the lands of Muslim Spain. The castle of Sitges is documented as a castrum of Ciges in 1116 when Pedro Ponç, before going to the Holy Sepulchre, left it in his will, to his son Arnau. In 1100 the castle is referred to as the next castrum Floriaci (castle of Florejacs) in a document of donation to the canonical of Urgell, by Pere Ponç, vizconde of Cabrera and Arnau’s son in law. Its history is to a certain extent parallel to that of the Florejacs castle, as it also successively passed in to the dominion of the Alemany de Cervelló, then lords of Guimerà, at the end of the thirteenth century, and finally to the Ribera. The dominion was confiscated from Ribera by the King Philip V of Spain, at the end of the War of Succession, for declaring support to Charles VI.

Since then, the castle has remained in the hands of the same family lineage, although under different titles. Thus, families like the Alemany of Cervelló, the Josa, the Ribera, the Agulló of Pinós, and later the Ribera. After the War of Succession, the fortress, as an integral part of the barony of Florejacs, was confiscated, but it returned to the Ribera in 1725. In the middle of the 18th century it belonged to the Marquess of Gironella, who maintained the jurisdiction until the end of the Old Regime. 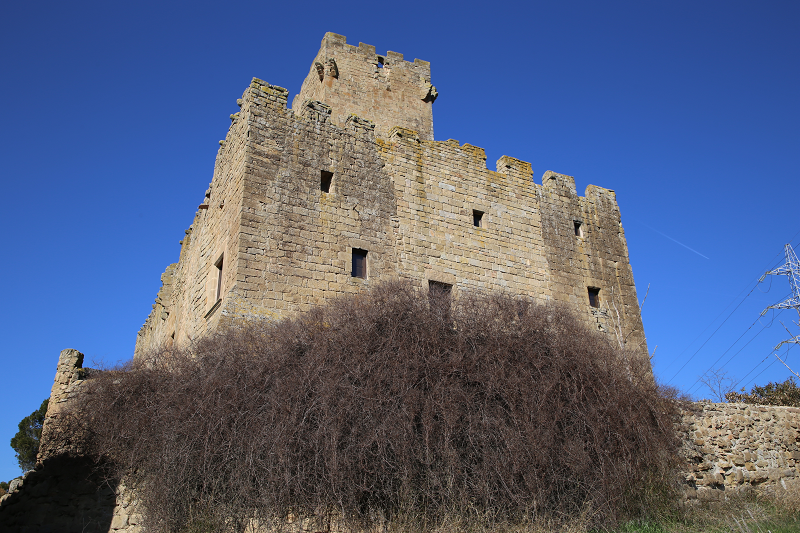 The castle is made up of a quadrangular tower surrounded by a wall that forms an enclosure in the same shape. The homage tower is a remarkable element. Built around the 13th century, it is more than 20m high and still retains the opening corresponding to the old access door, located about 8 m high from the ground. The inner floor has been progressively occupied by different constructions, filling the whole patio that was originally there. 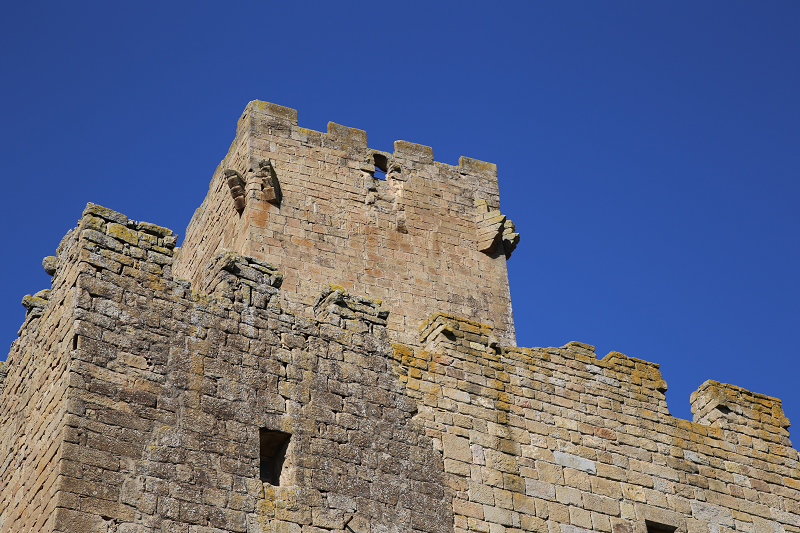 Externally, it exhibits the appearance of a strong fortification, given by two main elements: the magnificent master tower finished off with merlons, and the reinforced wall, which retains several embrasures, merlons with modilions, and remains of a machicolation over the front entrance. 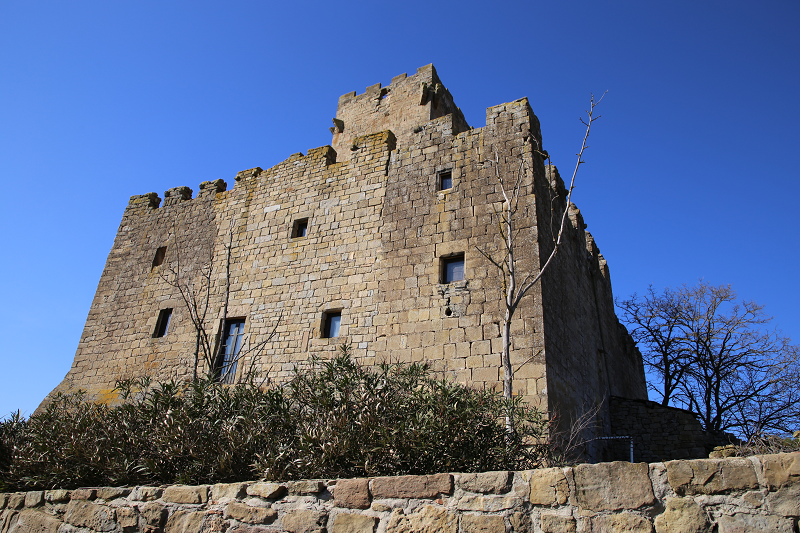 The entrance door to the interior of the enclosure opens on the South facade, it has a semi circular arch, and is preceded by modern stairs. To the right there are two buttresses, and to the left there is another battered face, which has a window with a grid. On the next floor there are four windows. On the West facade, there are three windows facing the second floor, on the next floor there are two windows on each side, and in the center two arched ones separated by a pilar.

On the North facade, there are several small openings spread across. On the East facade, there is a wide buttress on the ground floor, and on the right there is a window. On the next floor there are four windows and one door at the center. On the next floor, there are three windows. The oldest element is the tower, made with rectangular ashlars well aligned in rows. The tower is about 20 meters high, has three floors and a terrace. 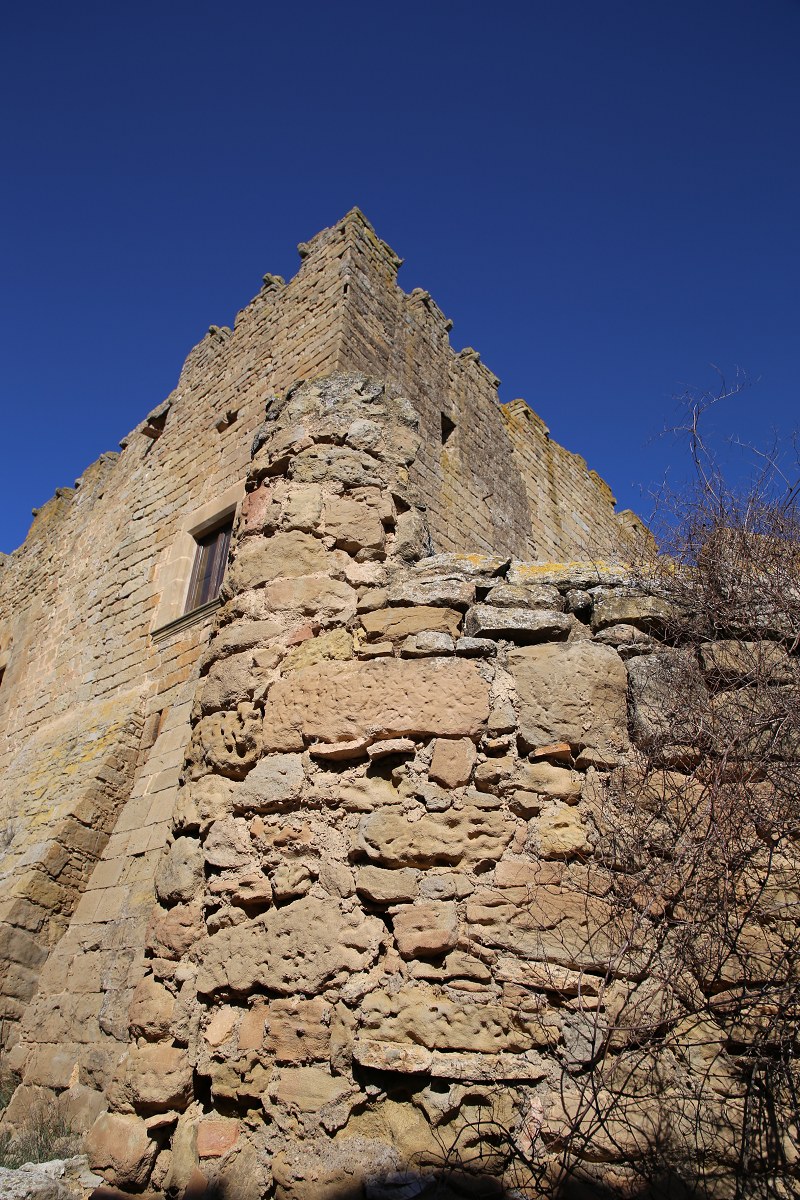 The interior reveals a series of stately areas that make it a prototype model of the gothic castle-palace. Its structure is organized from the central courtyard and revolves around the master tower, which preserves the primitive access door eight meters from the ground. On the ground floor, we find the cellars, the tàvega or dungeon, and the space for kitchen, oven and stables. 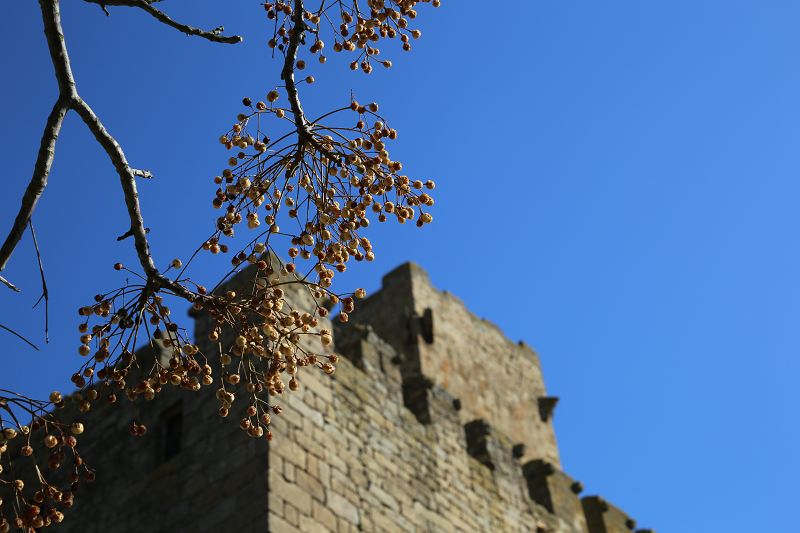 On the first floor there is the noble room, equipped with a large fireplace facing South through Renaissance windows with window seats. On the second floor, where the old round passage was, a terrace opens to the North, which is closed to the South by the merlons and the machicolation of the wall. Inside, we find the Romanesque door to access the tower and the staircase leading up to the top, from where you can enjoy a magnificent view over Lleida’s plain.