The castle of Santa Croche was built by the Heredia de Albarracín to control the Roman aqueduct • All PYRENEES · France, Spain, Andorra

The castle of Santa Croche is a medieval castle built in the place of Santa Croche, on the outskirts of the town of Albarracín, province of Teruel (Autonomous Community of Aragon, Spain).

It is the only manorial initiative existing in the southwest of Aragon due to the special circumstance of the dominion of Albarracín as an independent Christian state after the fall of the Taifa kingdom of Albarracín.

Built by the Heredia de Albarracín to control the Roman aqueduct of Albarracín, in a context of fights between local owners in the Sierra de Albarracín in the 14th century, which explains the fortification of many towns and farmhouses. At the beginning of the the second half of the 15th century (1469) was besieged by the Diputación el Reino, and at the beginning of the 16th century (1518) it belonged to Pedro Torrero. 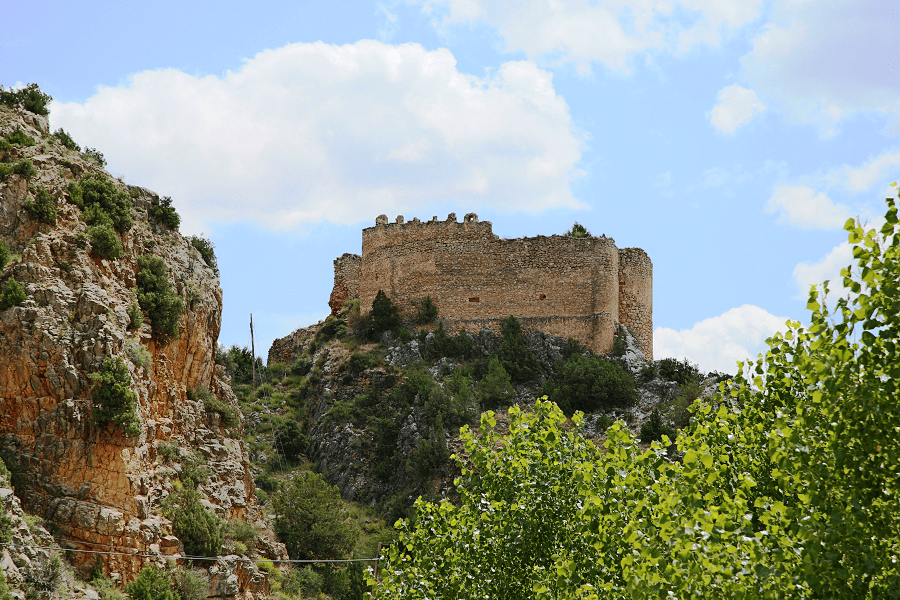