The Castle of Jadraque dates to the late 15th century • All PYRENEES · France, Spain, Andorra

The Castle of Jadraque (Castillo de Jadraque) is a castle in the municipality of Jadraque, Guadalajara province, Castile-La Mancha, Spain. It stands on a hill commanding the plain of the Henares river.

The castle forms a huge rectangle, about 70 x 18 m in plan, increased to the south by a parade ground, bringing its total length to close to 100 m.

The current structure dates to the late 15th century, and is attributable to Juan Guas. The only element remaining from the pre-existing castle was a pentagonal tower, which was anyway dismantled later. The castle, used by the Mendoza as a noble residence, was abandoned after the death of Rodrigo Díaz de Vivar y Mendoza. It was used again as a fortress during the War of Spanish Succession and the Peninsular War. 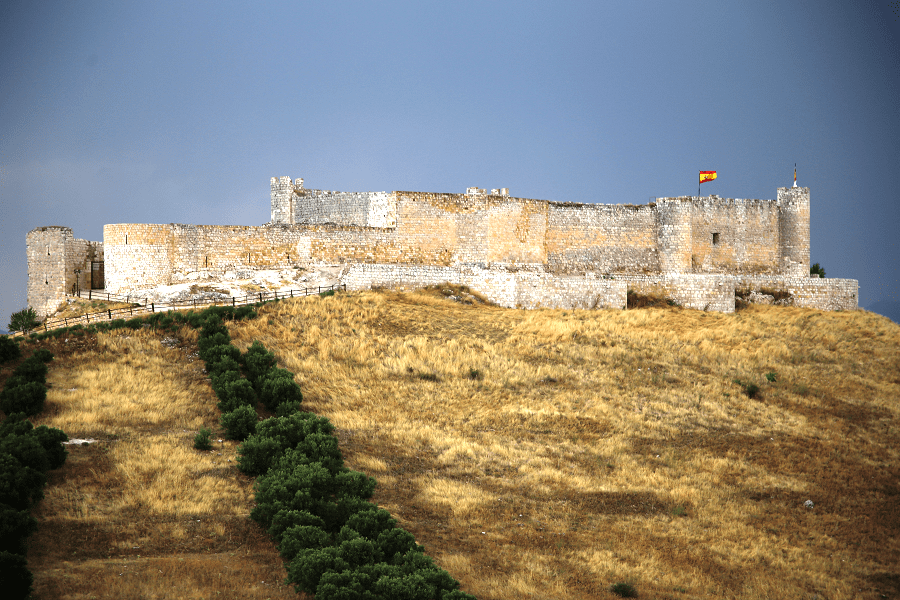