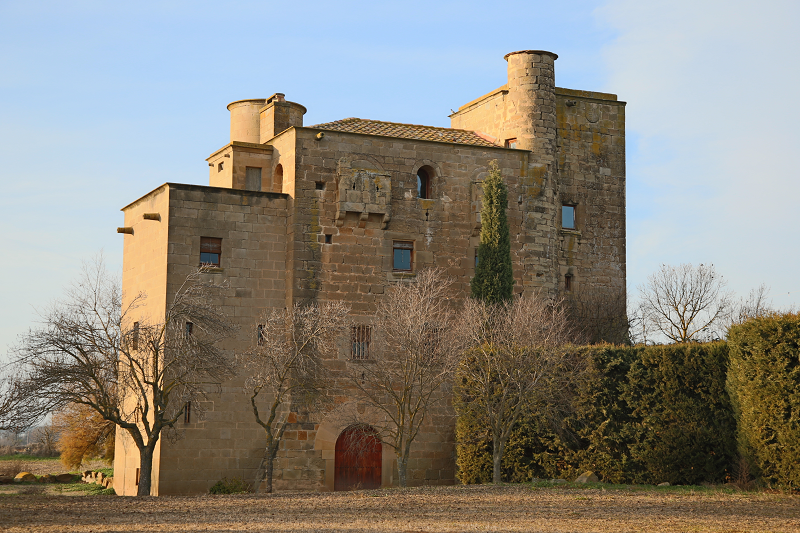 Castle-mill Ratera (cat. Castell-molí de Ratera) is located in a field on the right bank of the River Sio. It used the river water to power the flour mill, now abandoned. Initially, the building consisted of two rectangular buildings interconnected by means of a cylindrical tower that hid a spiral staircase and originated from the main floor. On the facade, the tower begins with a bell, which gradually narrows and passes into a cylinder and ends with a flat roof. The building is composed of neatly hewn stones of medium size and the roof of each building adapts to the peculiarities of its configuration. The main building of the castle consists of a basement and first floor, on which three more towers can be found. Considering the facades of the castle, one can understand how much rebuilding it had to endure over the centuries.

To enter the building, originally intended for housing, from the lower floor, located at the level of the inclined embankment, where the mill was located, there is a semi-circular arch lined with stone with a heraldic shield on it. Above the arch there are two windows, which are covered from the outside with forged iron bars, and another smaller door, which can be reached via the steps. This door also has the shape of a semi-circular arch, is lined with stone and decorated with a coat of arms. On the second floor there is a pair of smaller windows, and on the third floor the windows have the form of small semi-circular arches, complemented by two embrasures and loopholes, concentrated in two places above the corresponding entrances. 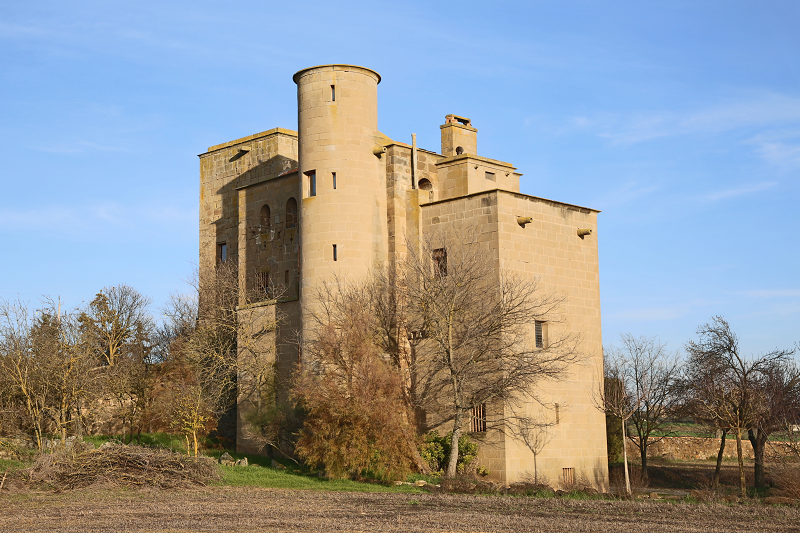 In the part located to the right and connected to the previous cylindrical tower with a spiral staircase, we see two windows: the lower one being smaller, and the upper one – the larger one with a decorative platband. On the side of this building is all that remains of the mill: three vertically arranged windows, under which there is a tapering outward opening for the water, located directly in front of the trapezoid dam and elevated above the ground level, remained.

In conclusion, we can say that the third building of the castle, located on the left, along with a cylindrical tower adjacent to it, was attached to the castle in the twentieth century.

The Ratera castle is located within the boundaries of the lands surrounding the castle of the town of Concabella (cat. Castell de Concabella), and was, apparently, its auxiliary stronghold. A clan of petty nobles came out of Ratera: Pere de Ratera (cat. Pere de Ratera), mentioned in the document for 1164, and Berenguer de Ratera (cat. Berenguer de Ratera), a canon from Solsona, who made a record in the document for 1222. Although, apparently, the castle of Ratera was associated with the lords of Concabella, according to documents from a later period, it belonged to the capitulum of the collegiate St. Mary of Gissona (cat. Santa Maria de Guissona) until the de-amortization of the XIX century.

In the XIV – XV centuries, the castle was rebuilt and turned into a majestic Gothic mansion on the outskirts of the town. By 1530, using the water of the Sio River, it was converted into a water mill. In the middle of the twentieth century, its owner, architect Joaquim Vilaseca (cat. Joaquim Vilaseca), carried out further restoration work.