Castelnou, one of the most picturesque tourist destinations in the French Pyrenees • ALL ANDORRA 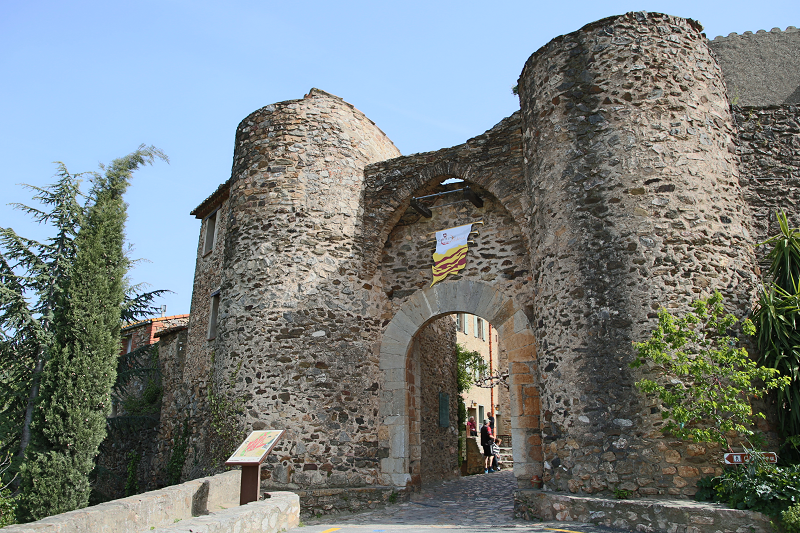 Castelnou Village (Fr. Castelnou) is deservedly known as one of the pearls of Aspres and is located in the Eastern Pyrenees. It is included on the list of the most beautiful villages in France and is located in the background of Canigou, the mythical mountain, revered by Catalans (2784,66 m), which has forever charmed them.

The numerous flowers, which seem to grow directly from the stones, as well as beautiful jewelry and knickknacks produced by local craftsmen living in Castelnou, give the streets an additional charm. Here you can have a great time regardless of the time of year.

Castelnou’s agglomeration has evolved around the castle of the same name, the first mention of which dates back to the end of the 10th century. This “Сastrum novum” or “Сastellum novum” (translated from the Catalan language meaning “New Castle”) became the center of Castelnou’s viscount’s power.

Tourism, attractions and what to see?

Castelnou is in the shape of a pyramid, dominated by the Vicomtal Castle.

The form of the castle is an irregular pentagon; it is embedded in the rock. The castle served as the military and administrative capital for Vallespir Viscount prior to 1321.

Despite his exalted position, it was besieged multiple times:

• Jacques II, King of Mallorca, besieged and occupied the castle in 1286;
• French troops stormed the castle in 1473 during the conflict between Aragon and France, it capitulated rapidly;
• The governor of Roussillion attacked Perot de Llupià, Lord and Robber, whose abuses of power were known throughout the region, and the castle was occupied in 1559.

The castle remained like a trophy, which moved from hand to hand, until the French Revolution, when it became the council of Castelnou’s property.

The castle was sold to the viscount of Satgé, a native of Conflent, in 1875.

It was abandoned in the 18th century, resulting in its collapse. Local people used its stones for the construction of their own homes.

After the acquisition at the end of the 19th century, it was completely restored and became inhabited.

It was possible to meet the so-called “Summer Artists” in the village in the 1950s, who were the initiators of many cultural initiatives, such as “Sound and Light” in 1956.

Development of the castle and the village for tourism began from the 1970s due to the appearance of small shops, restaurants, and the weekly grocery market.

A random fire destroyed the building in 1981. The S.C.I. (Société Civile Immobilière) acquired it in 1987 and restored it skillfully. The castle is closed to the public now as restoration work is taking place.

The tower prevented the enemy from climbing the hill in front of the castle and played the role of scout for the village. It also belonged to the Roussillion defense warning network (warning towers), being in direct communication, on the one hand, with Milas Plain (Millas, St Féliu, and Força Réal), and on the other hand, with the Quéribus Castle (Corbières, Château de Quéribus).

The church was built in the early 12th century when the population became too large to hold religious rites in a small chapel. It is a modest Romanesque church with a single nave with an arch and a semicircular apse. The Church door is one of the most beautiful Roussillion works and deserves special attention. The church has three internal chapels.

Walking through the village of Castelnou, special attention should be paid to the round stone stoves (les boulets), built into some houses. This form of furnace is not found anywhere else in France.

It is nice to see the preserved doors, decorated with wrought iron, which are a remembrance of the Middle Ages Era, and, in particular, Guillem V, the Castelnou viscount who ordered his men to decorate all church doors in the region with wrought iron.

Here you can buy the most unusual things – vases made of newspaper and magazine paper, paintings, braided sandals, as well as many local delicacies and fine French wines.

Castelnou has 16 souvenir shops, open all year round, and another 6 that are open during the main tourist season.