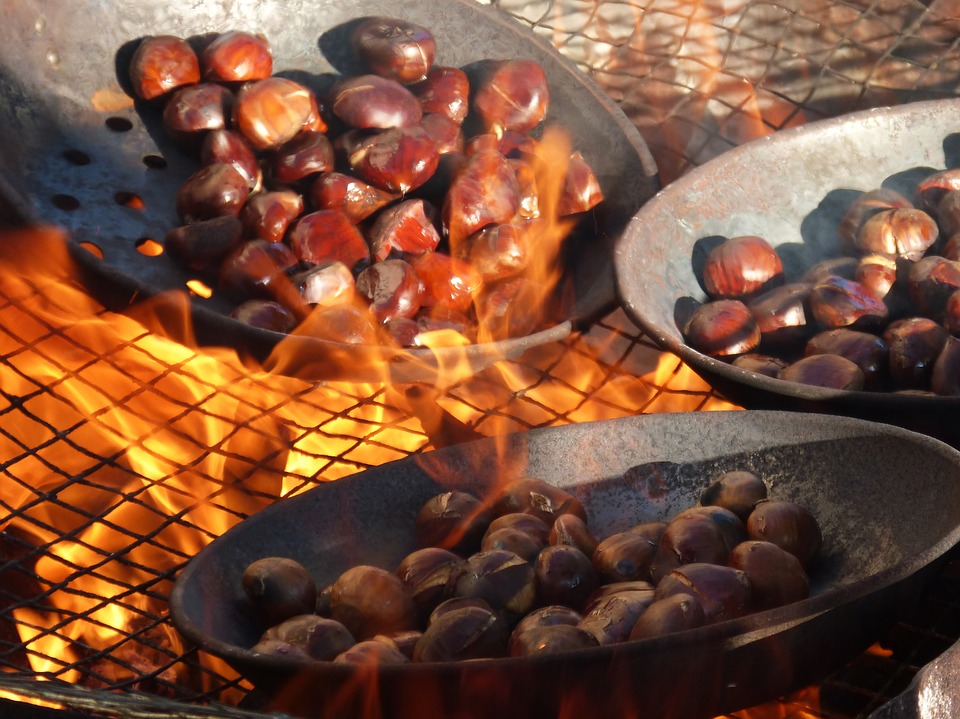 TUESDAY from 17h – 18.30h in the public library for children aged

WEDNESDAY: 17.30h in the public library. Bruixes i Bruixots (witches and sorcerers) Family storytelling for 4year olds and over. Read by Asumpta Mercader. Places limited Tel. 838910

THURSDAY: 10h at the Casa Pairall/Llar. An intergenerational workshop making Panellets (traditional, ball-shaped sweetmeats) for children 6 and over (accompanied by an adult) and gent gran (Seniors) 60 and over. (Places limited, prior booking essential at 736 911.)

FRIDAY: Outing to the Barcelona Salon of Manga Cartoons for youngsters 12 and over. Information and inscriptions: 836 505.

Appropriate for those 14 years and over. Children between 14 and 16-years-old must come with an adult.

CASTANYADA around the other parishes on Thursday 31st October unless otherwise stated.

ENCAMP & PASS DE LA CASA: 19h in the Plaça de San Miguel, Encamp and the Plaça de l’Eglésia, Pas de la Casa. All Saints is celebrated with traditional castanyes or chestnuts. This popular festival is organized around hot chestnuts, well wrapped in paper cones, and with good tasting muscatel to ease them down, thus celebrating of one
of Encamp parish’s most deep-rooted festivals. Note: The Castanyes will be distributed until they run out, so get there on time!

ESCALDES-ENGORDANY: at 22h in the Plaça dels Dos Valires. There will be a cast of chestnuts, muscatel and disco music to brighten up the evening.

CANILLO – FRIDAY, 1st November, at 17h in the Plaça Montaup. You are invited to share with the parish the traditional Castanyada.

From Monday 28th – Thursday, 31st October at 17h at the University Communal Library, Sant Julià de Lòria
Bibliovacances are aimed at children aged from 3 to 10.

MONDAY: Contes del Pirineu (Stories of the Pyrenees) by Carol Caubet. (All in Catalan) Synopsis: A collection of tales, among which we can find The Treasure of the Moon, The Stone Soup, The Hens of Aristotus, The Necessity, A Very Strange Girl and The Magician of colours.

Synopsis: we will sing together as a family, play with the rainbow, we will explore sound, we will dance, we will drag ourselves around like snakes, we will jump like bunnies and we will move like elephants. We will learn songs from distant countries and we will go into space with a rocket.

WEDNESDAY: Storytime. El fill del sabater, (The Shoemaker’s Son) with Jordina Biosca. Synopsis: Ivan has decided to go around the world. During his travels, he comes to a town where, at the top of a hill, there is an abandoned castle. Abandoned? No, no! Something malicious is there, because everyone who has gone in has never returned. Ivan, however, is brave and decides to go and see what’s going on there.

Ghosts are the protagonists of many terrifying tales, Halloween parties, scary films and the roles of All Saints at CAEE.

Activities aimed at children aged from 6 to 11.

MONDAY: The Flying Dutchman. The Flying Dutchman is the name of a ghost ship and the story of his captain, condemned not to return to port but to wander forever on the oceans of the world. Inspired by this phantom legend, we will take part in various creative activities.

TUESDAY: The Phantom of the Opera. The phantom of the opera is a novel by Gaston Leroux, a product of his imagination or inspired by a real character, I do not know … This fantasy of a love for opera and music is the thread that unites this opera workshop

WEDNESDAY: CasperA is a cute and curious ghost, featured in cartoons and films. Casper and his companions in the haunted house inspire us to make different phantom festival decorations with recycled material.

THURSDAY: Caçafantasmas or Ghost Catchers. The ghost catchers, fight against the ghosts of New York and their pet Babetes decorate a chilling snack.