Calella - the city of sports and family tourism • All PYRENEES · France, Spain, Andorra 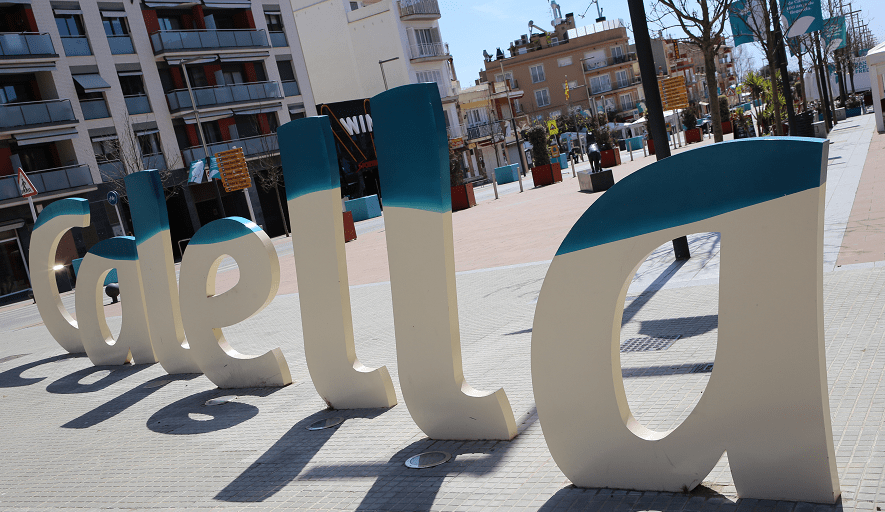 It’s a popular part of the Costa Maresme of the Mediterranean resorts of Spain.

Over the years, tourism has become the engine of the city’s economy. Sports tourism has been added to natural elements, sun and beaches. In recent years, the City Council of Calella has committed itself to organizing sports and cultural events of an international scale in order to position the municipality internationally as a destination for family and sports tourism. Since 2009, Calella has been awarded the title Destinació de Turisme Esportiu (DTE) for the promotion and marketing of its multisport tourism offer, and in 2014 the Catalan Tourism Agency awarded Calella the Destinació de Turisme Esportiu certificate.

Parish Church of Santa Maria i Sant Nicolau (cat. Església Parroquial de Santa Maria i Sant Nicolau). In 1525, Calella received a bull from Pope Clement VII, giving it the right to become an independent parish. The construction of the new temple was entrusted to the Barcelona master builder Pere Suaris in 1539. Later, the work was entrusted to Antoni Mateu, but his untimely death forced him to hire the famous sculptor and architect Jean de Tours.

The new temple was consecrated only in 1564.

The Baroque façade by Jean de Tour is a 16th century plateresque stone altar with the heads of the twelve apostles. In the niche is San Nicolau de Bari, under whose name, along with the name of Santa Maria, the parish was consecrated.

Can Galceran building (Can Giol). Construction began in 1430 and was later extended, all of which can be considered a work of the fifteenth and sixteenth centuries. It was the mansion of the Ballester family (15th century), and later of Galceran (17th century). The round gate, the Renaissance windows, the shield and the matakan on the main door should be highlighted. The classic sgraffito, imitating ash, is heavily worn.

Can Salvador de Plaça building. Magnificent house with a gabled roof, built in the 14th century. This house can be considered one of the first to form the current city of Calella around the market. Its most prominent features are a Renaissance portal, window decoration and a protective matakan at the corner of Bartrin, a street facing the sea. It is currently the headquarters of the City Library.

Can Bartrina building with a billboard on the door. Its unique elements are a portal, windows, classic sgraffito and a protective tower to protect the façade with stone corners, topped with a matakan, of which only the brackets remain to support it. The project, together with the defensive tower, was completed in the 16th century.

Can Basart building. The house of the Basart family is made in the Baroque style, and part of the facade has retained sgraffito with geometric motifs.

The lighthouse is one of the most characteristic symbols of the city. It is located at the top of Capaspre, on the same site where the ancient medieval tower was erected. It was opened in 1859 and ran on olive oil. On the ground floor of the lighthouse there was the caretaker’s house. Since 2011, it houses a cultural center.

The Cactus House is a three-storey corner house with an attic, decorated with live cacti. This house looks very original, and without a doubt it is an important attraction of Calella. There are large balconies along the perimeter of the second and third floors of the house, on which many different types of cacti are displayed in pots.

Works by Jeroni Martorell i Terrats:

Park Dalmau (cat. Parc Dalmau) is a vast green area located in the city center, designed in the late 1920s as a result of the purchase of land in the Can Pelayo estate by the city council under the chairmanship of Jaume Dalmau. It is a unique place to walk and enjoy nature, with a botanical trail and places like Font dels Lleons or Pati de l’Ós. Various cultural and festive events are held here every year, including the Sardana (national dance) festivities. In 1937, an anti-aircraft shelter was built inside the park to protect the population from the bombing of the Civil War.

Paseo de Manuel Puigvert. Parallel to the beach is a tree-lined boulevard with centuries-old banana trees, which has become one of the city’s icons. Mayor Manuel Puigvert (1843-1913) turned this place of relaxation and communication into a “shady paradise” where you can enjoy the sea breeze on a hot summer day. Jeroni Martorell designed a magnificent balustrade decorated with lanterns, bowls and steps. It hosts the Calella and Alt Maresme fair and the Ironman sports event.

Municipal Market (cat. Mercat municipal), a building in the style of Noucentisme, built in 1927 in the old square Plaça de l’Hostal (or del Rei). It consists of a single nave 15×24 meters and a porch on the main façade of Carrer Sant Joan. Nearby is a water tower that looks like an abattoir. The market had an annex with covered verandas on the other side of the road, in the same style, but now gone.

The old library of the Costa i Fornaguera (cat. Antiga biblioteca Costa i Fornaguera). The building, built in the Noucentisme style, like a market and a massacre, was designed as a school and opened in 1923 under the mayor of Narcissus Baronet. Later, in 1931, a popular library was housed on the ground floor. The ground floor is divided into two wings around a central courtyard, and the main entrance consists of a porch with classic columns supporting semicircular arches. It is currently the headquarters of the municipal nursery of El Carrilet.

An old municipal massacre (cat. Antic escorxador municipal), built in the style of the Noucentisme, contemporary of the aforementioned market and library, opened in 1927. Corrals, cold rooms and a watchman’s house, as well as a water tower were added later.

The Museu-Arxiu Municipal de Calella Josep Maria Codina Bagué is housed in a large 16th and 17th century house that was used for various purposes over the years. Since 1979, the Museum-Archive has been located here. It is a multi-disciplinary local museum that explores, preserves and disseminates various aspects of the city’s heritage. It houses collections on a variety of topics, including the textile past, foreign trade, and the Gallart art gallery.

Air raid shelters (cat. Refugi Antiaeri). In Calella, during the Civil War, three shelters (cat. El del Roser, el del Parc i el de la Granja) were built to protect the population from aerial bombardments. The park shelter was modeled on a water shaft with a main gallery that can be visited and three transverse galleries. During a visit to the shelter, you can get acquainted with the information on special explanatory panels, museography and watch a documentary film with the participation of the inhabitants of Calella who suffered during the war.

Trade is a very important economic factor in Calella. The most central streets are a large shopping center with a very varied offer with over 1000 shops and services.

The main shopping street – Carrer de l’Església – stretches for more than a kilometer across almost the entire city.

The appeal of this mall lies in the combination of the modernity of most of its shops with more traditional and original establishments. Many shops are over 100 years old.

All shops are open every day of the year, including public holidays.

The traders of Calella are very active in the activities of the municipality, including: La Botiga al Carrer, Calella está de Moda, Christmas market.

There is one restaurant in the city, marked in the Michelin rating: Sa Jambina, Boffil i Codina 21, 50 – 80 EUR • Traditional cuisine.

The city has direct rail links (Renfe) with Barcelona and Girona.