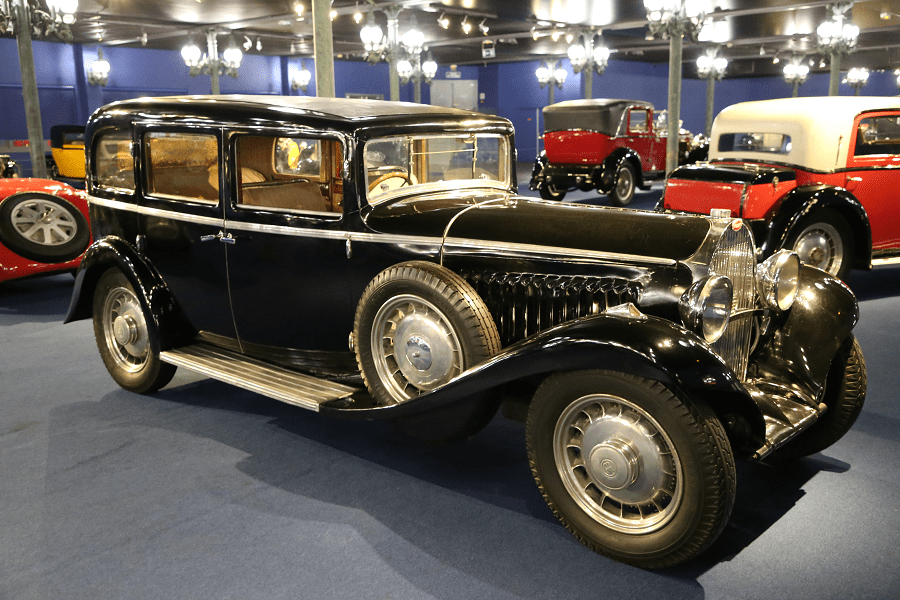 Black Bugatti Limousine Type 49 from 1934, eight cylinders, 3257 cc, 90 HP, 150 km/h. This saloon car, bodied by Gangloff, and described as a Six-Seater with two fold-down seats, was one of the last cars of the this type to be assembled.

Gangloff is a Swiss/French coachbuilding company currently based in Bern since 1928, which focusses on coachworks for trucks, public transport vehicles and funicular railway. 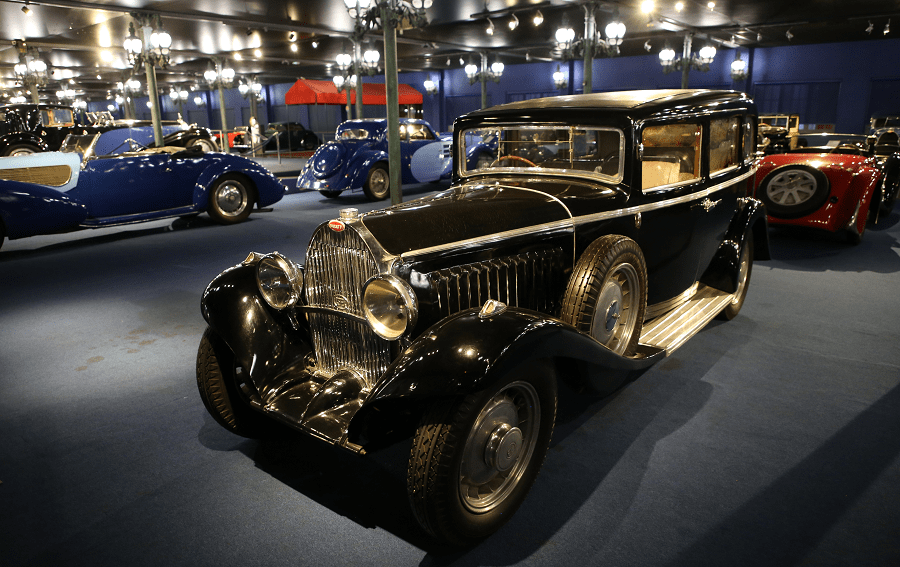