Best technologies of the countries of the world: aircraft engine Pratt and Whitney P-1830 Twin Wasp, USA. Developed in 1932. it is a two-row, 14-cylinder, air-cooled radial design with seven cylinders on a row.  A total of 173,618 R-1830 engines were built, and from their use in two of the most-produced aircraft ever built, the four-engined B-24 heavy bomber and twin-engined DC-3 transport, more Twin Wasps may have been built than any other aviation piston engine in history. Weight – 567 kg. Power – 1200 hp. Museum of the Great Patriotic War, Moscow 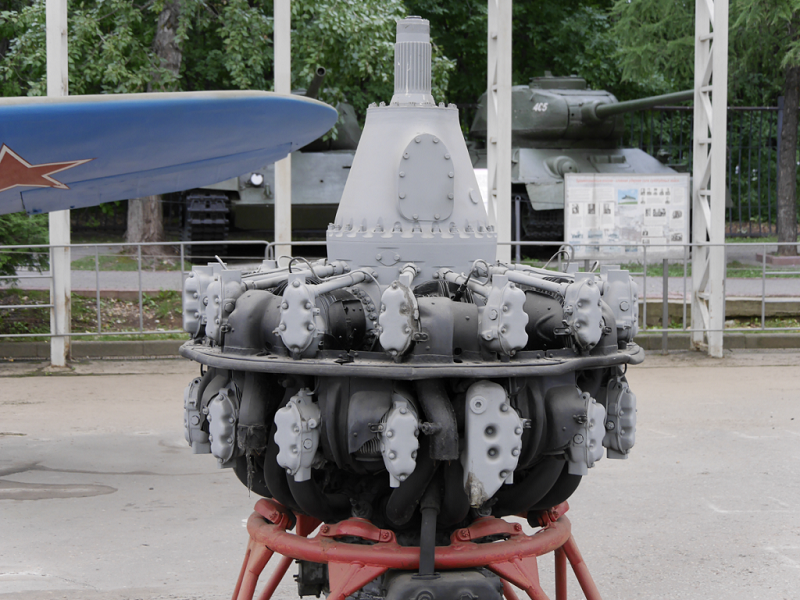