The fortified Benedictine Abbey of Saint-Hilaire is located among vineyards in the heart of the Cathar country • All PYRENEES · France, Spain, Andorra 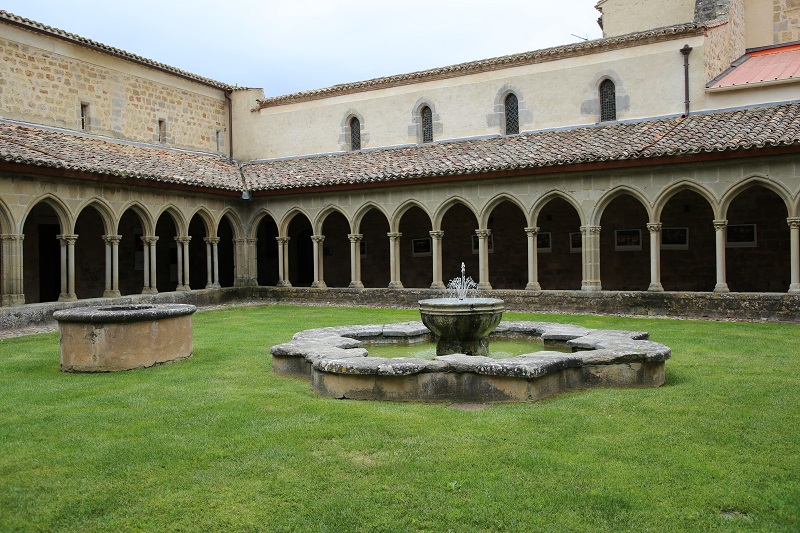 There is a fortified Saint-Hilaire Benedictine Abbey (fr. Abbaye de Saint-Hilaire) in Saint-Hilaire (department of Aude, France) that is just a 15-minute drive from the medieval city of Carcassonne in the heart of the Cathar country among the vineyards. The Saint-Hilaire Abbey has stepped over 10 centuries of history…

The abbey was built on the site of the former Saint-Hilaire chapel in honor of St. Saturnin, the first bishop of Toulouse. The first written abbey mentioning dates from 825. It is known that monks have been allowed to choose their abbot from the ninth century. 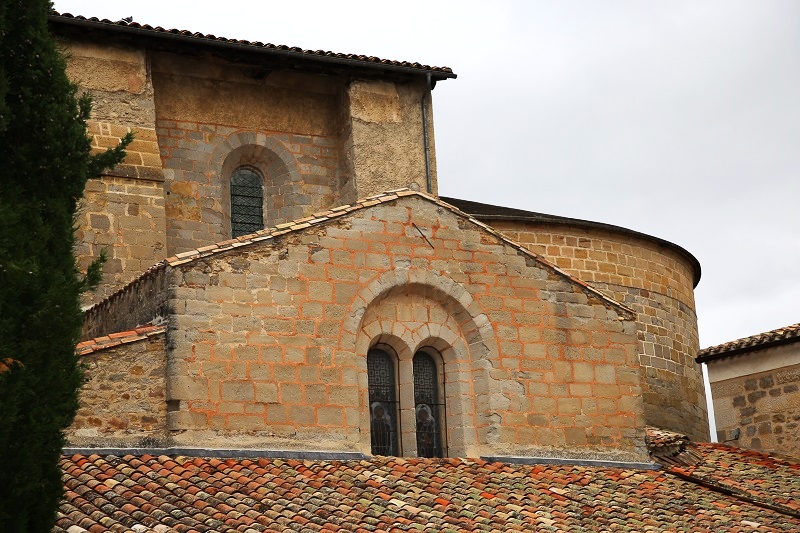 Archaeological finds, some of which have been preserved in the abbey permanent exhibition, testify to this place of Roman occupation.

The abbey enjoyed protection from the counts of Carcassonne until the XII century. 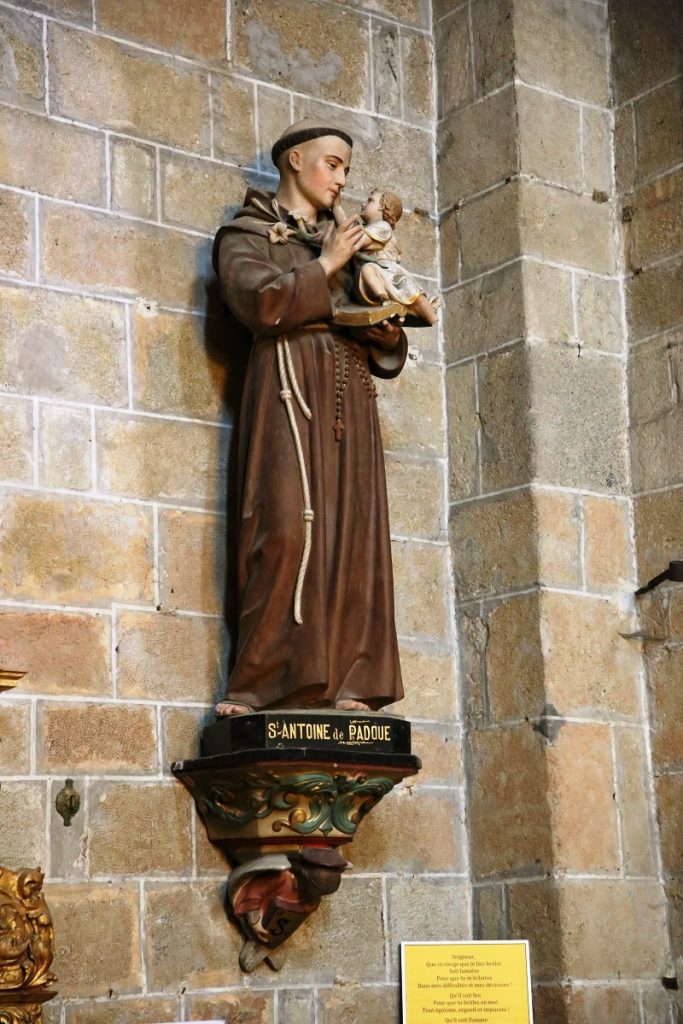 The monks were accused of supporting the Cathar heresy during the crusade against the Albigensians. The monastery was plundered and ruined. Some land and real estate were transferred to the administration of the Prouilhe community until 1217. 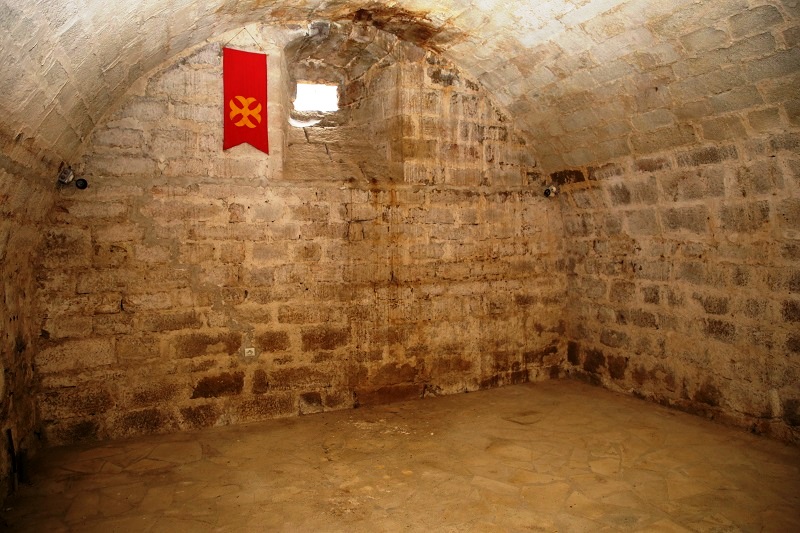 Guillaume de l’Isle, the of Saint-Pons de Thomières Abbey abbot, was appointed together with the Lagras and Saint-Hilaire Abbeys’ abbots the head of the Narbonne province black monks in 1226.

King Louis IX of France (Saint Louis) ordered the return of the land to the Saint-Hilaire Abbey in 1246. 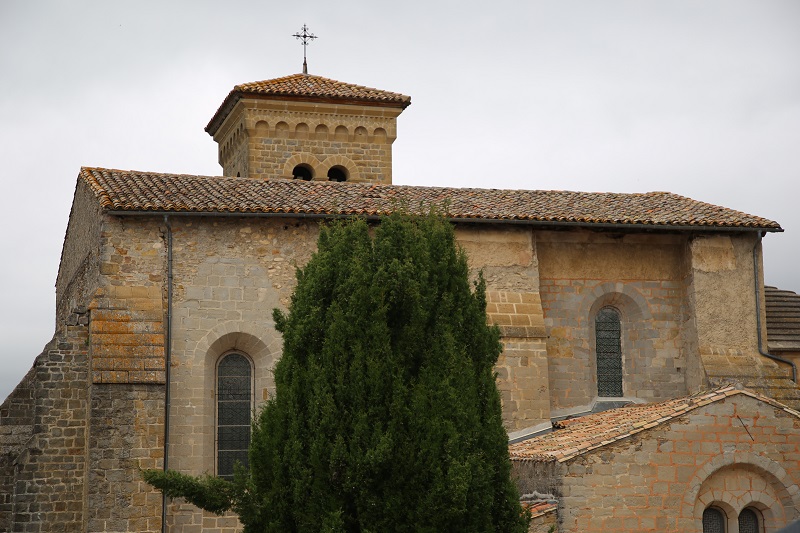 The abbey experienced many financial difficulties caused by the Hundred Years War and also the Black Death (plague epidemic) consequences in the fourteenth and fifteenth centuries.

No more than six monks lived in the abbey during the eighteenth century and they did not follow religious rites strictly. 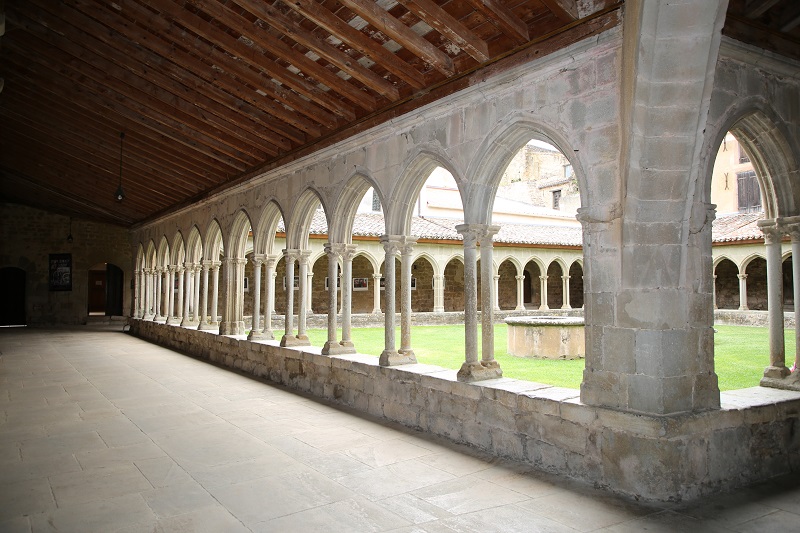 The abbey church became a parish church in 1758. The monastery buildings have the national treasure status since the end of the 18th century. 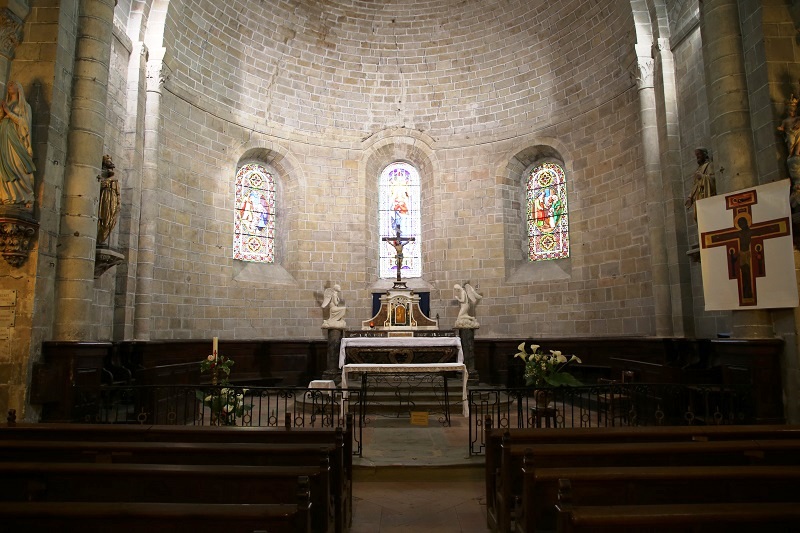 Saint-Hilaire Abbey consists of a church, a cloister, two refectory, an abbey house, a former Chapter House, pantries, a cellar, and a former security hall. 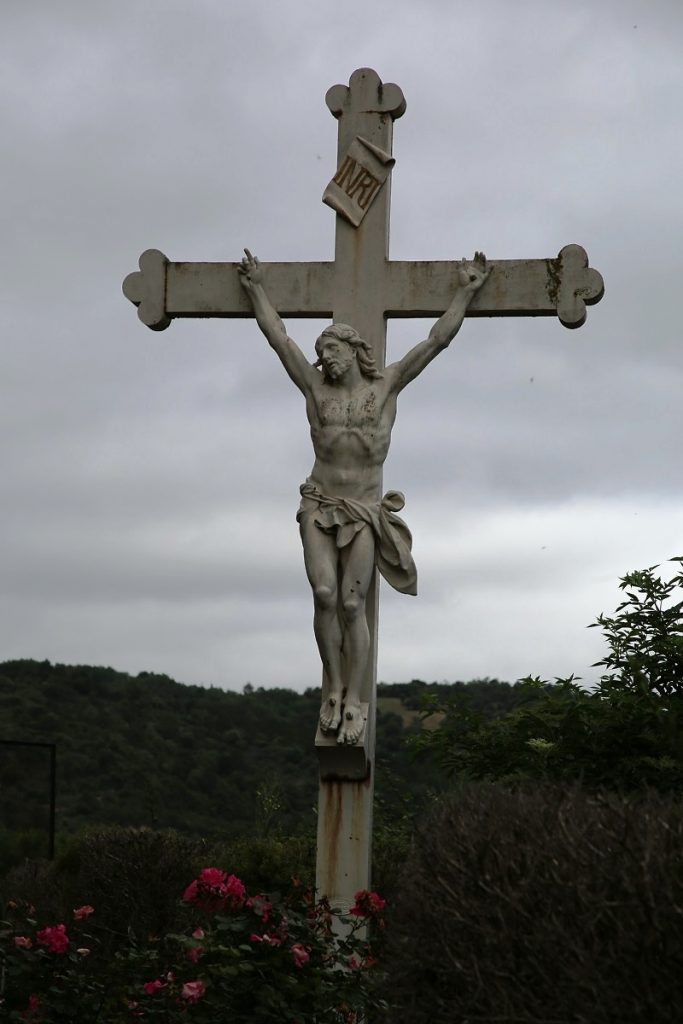 The cloister was built in the XIV century in the form of a trapezoid with four galleries with arcades and columns. The stone carving shows foliage, human faces, or animals. The stone used is sandstone. The cloister has been a historical monument since 1846. 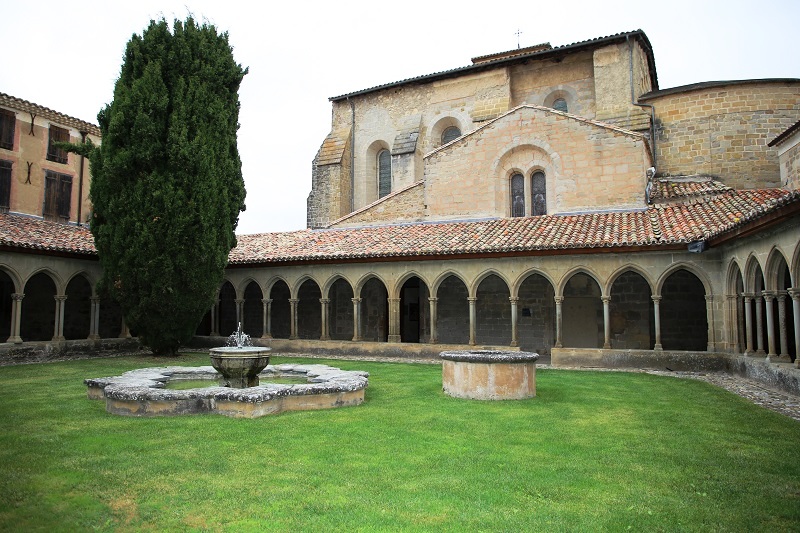 The Chapter House (the place where the abbey religious community meets daily) is almost completely destroyed. There remains only one giant window, as well as the front door.

The abbey house adjoins the cloister building, the abbot lived here. There is a living room and a bedroom in the house. The ceiling painting dates from the end of the fifteenth century – here you can distinguish geometric shapes, images of animals and humans. 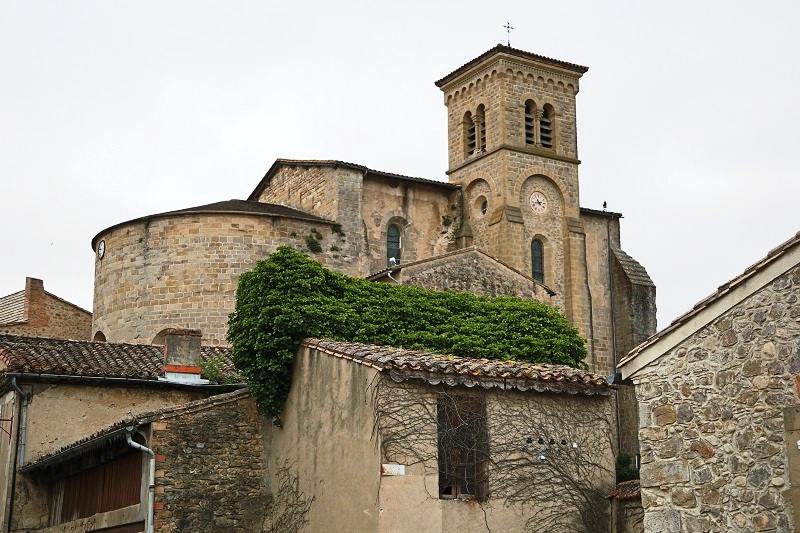 There are paintings on the walls that date back to the nineteenth century. They depict the coat of arms of Saint-Hilaire with the names of all the abbots and the dates of their reign. Part of the ceiling was restored in early 2013.

There are two refectories in the abbey – for monks and for guests. They are separated by a thick wall. A narrow staircase in the wall provides access to the refectory. Thanks to the acoustics, the monks were not visible, but their voices were heard far beyond the refectory. 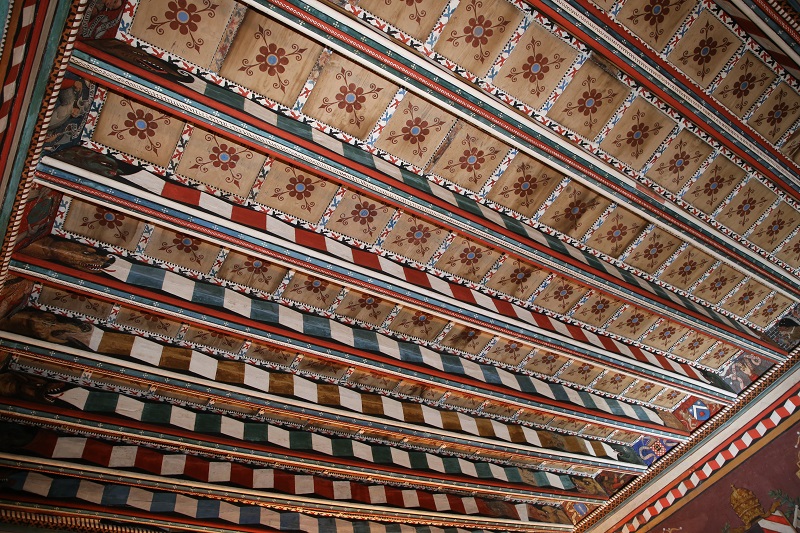 Both refectories have the historical monuments’ status since January 5th, 1993.

The abbey church dates back to the twelfth century and has also been a historical monument since 1840. 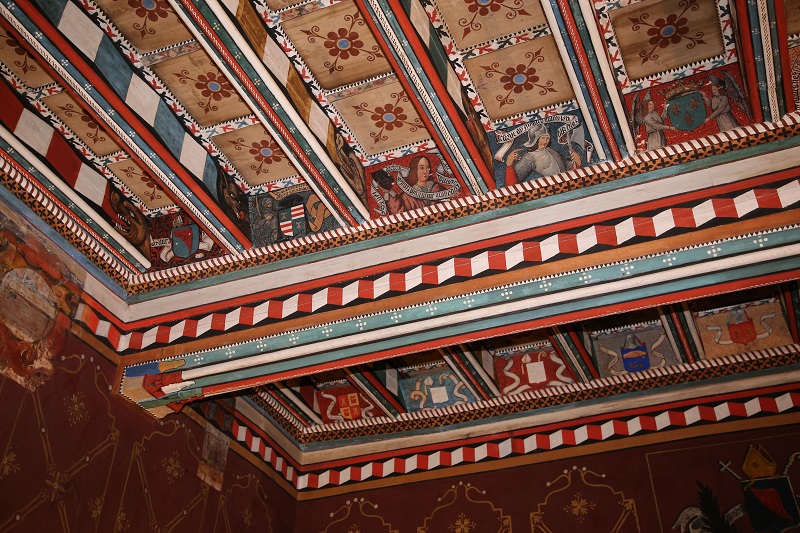 It consists of a semicircular apse with stained-glass windows created in the nineteenth century in the workshop of Louis-Victor Gest, a French glassmaker, founder of the Guest stained glass manufactory, who decorated about 8500 churches. There are two side chapels on the north and south sides.

The fortified part are the double gates (now destroyed), which protected the monastery entrance. There was a two-level watchtower nearby. There is also a prison on the abbey territory (dated to the fourteenth century). Soldiers protecting the abbey locked thieves and criminals there. 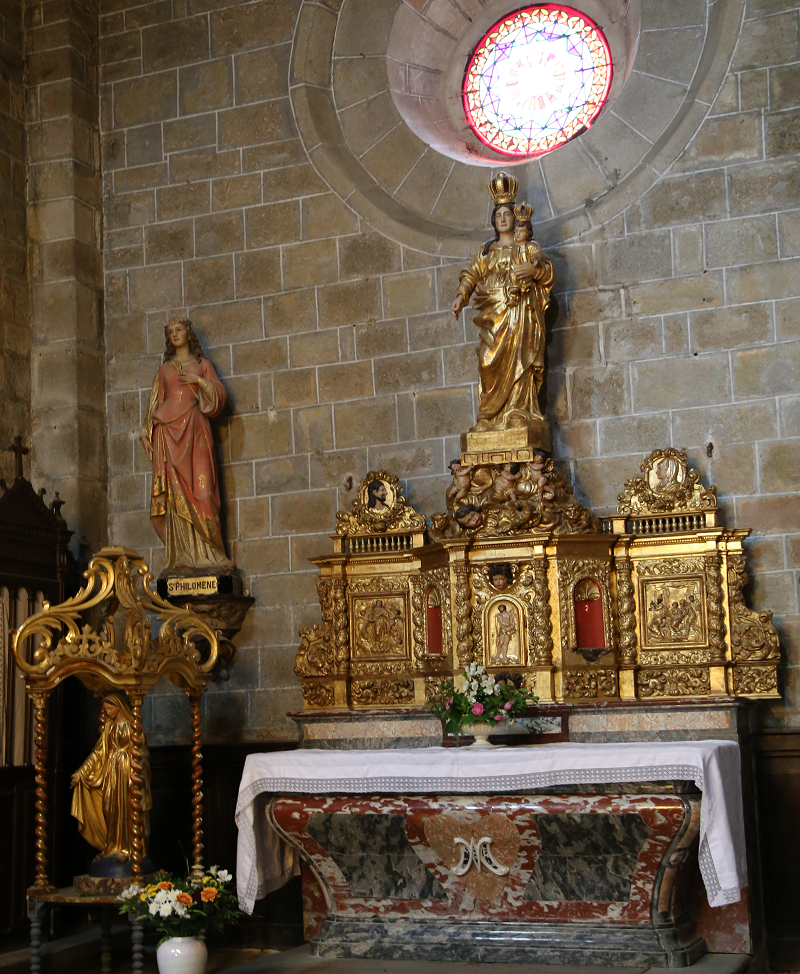 The abbey’s church houses the St. Saturnin sarcophagus (Le sarcophage de saint Sernin), the Gospel preacher, first bishop of Toulouse in the third century. It is made of white Pyrenean marble.

The sarcophagus tells the story of four main scenes of the St. Saturnin life. The first scene is about the mission of evangelism among the population, together with his disciples, Bishop of Pamplona and of St. Papulius. There are animal figures representing paganism and barbarism are carved under the feet of St. Saturnin. 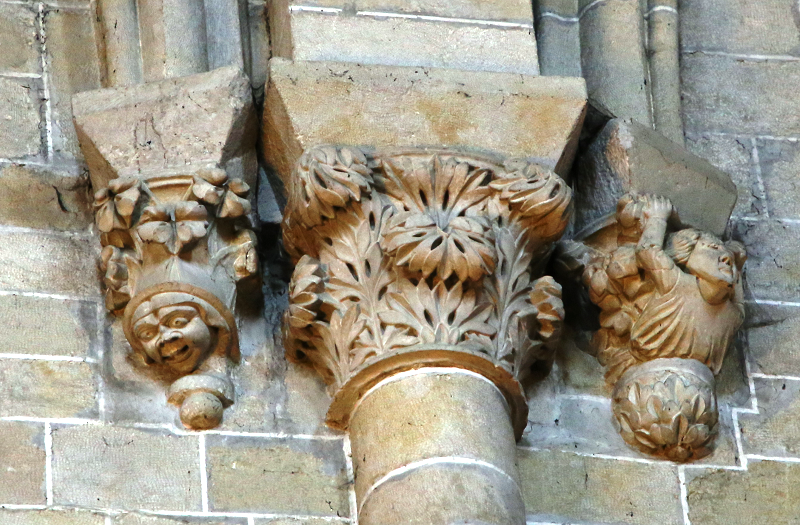 There is also a scene of the St. Saturnin martyrdom: he is tied with a rope to the bull that drags him. Rev. Saturnin Burial scene: his body stretched out and supported by young women. The St. Saturnin soul leaves the body to paradise, met by angels.

Women come here to get medicine or ask for a miracle. 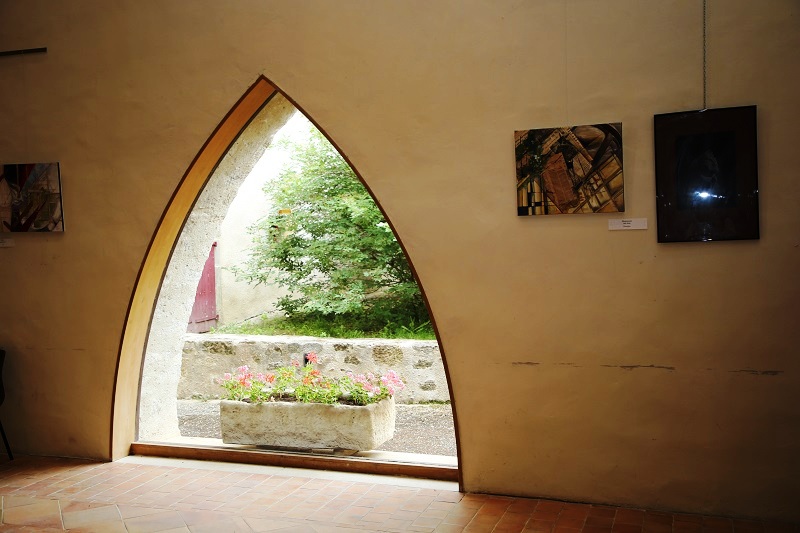 Walks around the Abbey

There are several walking paths around the abbey:

● Saint-Hilaire Spiritual Route
● Route Ladern-sur-Lauquet, a walk to the Reinette Cistercian Abbey (Abbaye cistercienne Sainte Marie de Rieunette) and the Greffeil village (village de Greffeil)
● A route through the Сrausse forest (la forêt de Crausse), the former possession of the Saint-Hilaire Abbey, in which a traveler once saw a strange procession on Christmas night according to the legend.