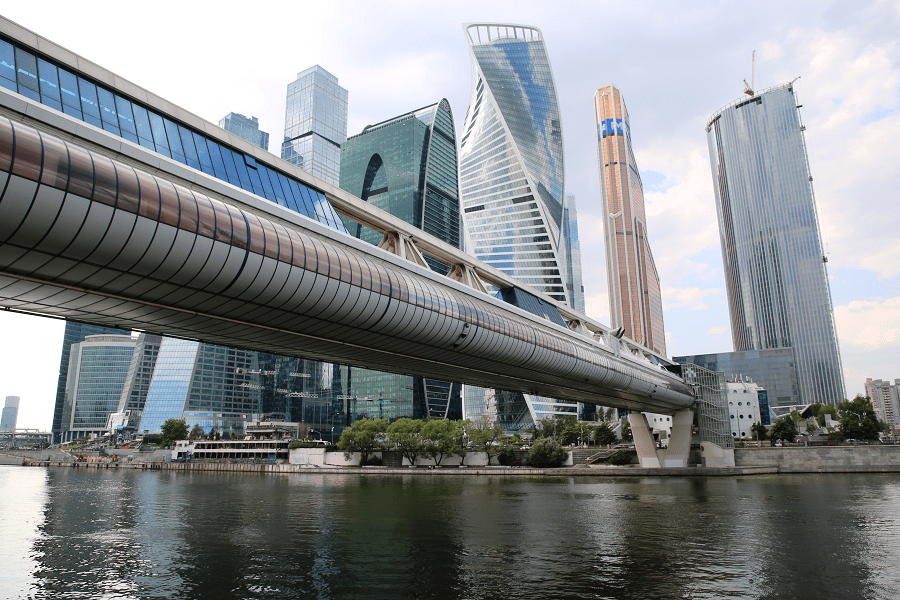 The Bagration Bridge is a commercial and pedestrian bridge across the Moskva River in Moscow, opened in 1997 and becoming the first building of the MIBC Moscow City. The bridge connects Krasnopresnenskaya embankment, Vystavochnaya metro station and Moscow City with Taras Shevchenko embankment and Tower 2000.

The opening of the bridge took place in September 1997 and was timed to coincide with the 850th anniversary of Moscow. It was designed by architect Boris Thor and designer Vladimir Travush. The bridge is named after the commander-in-chief of the 2nd Western Army at the beginning of the war of 1812, Pyotr Bagration.

The Bagration Bridge has two levels: the lower one is a fully glazed covered gallery with travolators, and the upper one is partially glazed, it houses shopping arcades, as well as an open observation deck. The complex has a four-level underground parking for more than 300 places and a guarded ground parking for 70. Heating and air conditioning systems, forced exhaust ventilation, elevators and escalators are installed on the bridge, fire safety systems, an alarm system, and a control room operate. 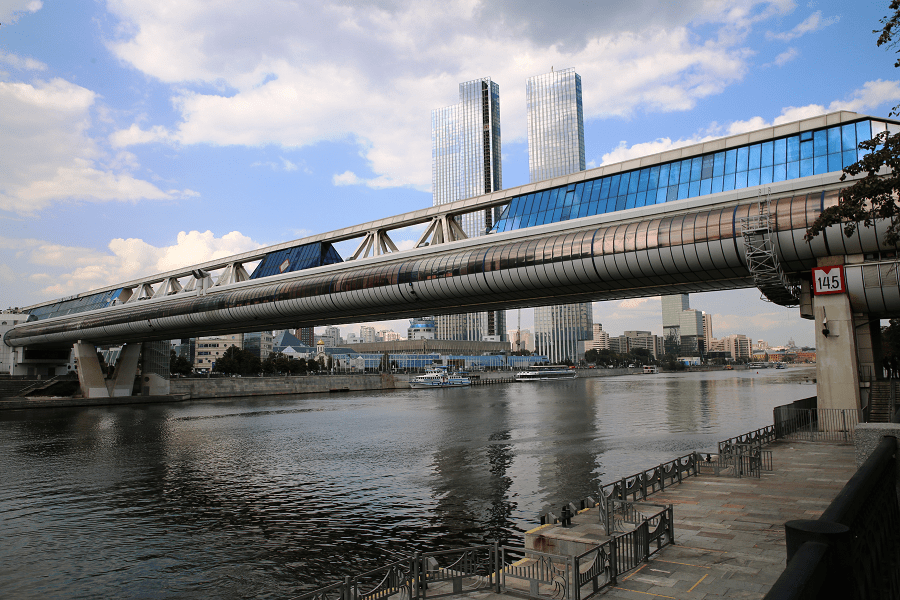 The bridge has a span structure, which is a metal truss triangular in diameter, 147 + 49 meters long and 12 meters high. The area of ​​the bridge is 13.6 thousand m², of which more than 4 thousand are commercial leased areas. The length of the bridge is 214 meters, the height above the level of the Moscow River is 14 m, the width is 16 m.