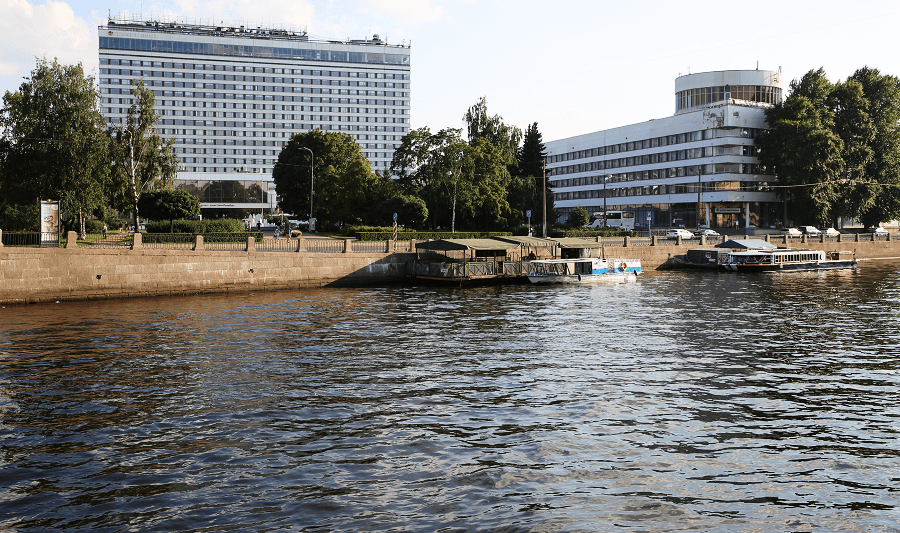 Azimut Hotel St. Petersburg 4**** (former Sovetskaya Hotel) is a hotel in St. Petersburg, built in 1967 according to the project of architects E. A. Levinson, A. I. Pribulsky and V. V. Gankevich (engineer – P. F. Panfilov) (head of workshop No. 5 of the Lenproekt Institute – Academician of Architecture E. A. Levinson).

The hotel building is located at the corner of Lermontovsky and Riga prospects at Lermontovsky, 43/1, in front of the Egyptian bridge across Fontanka.

The construction of the Sovetskaya Hotel began in 1963. The opening of the hotel was scheduled for the 50th anniversary of the October Revolution – November 7, 1967. 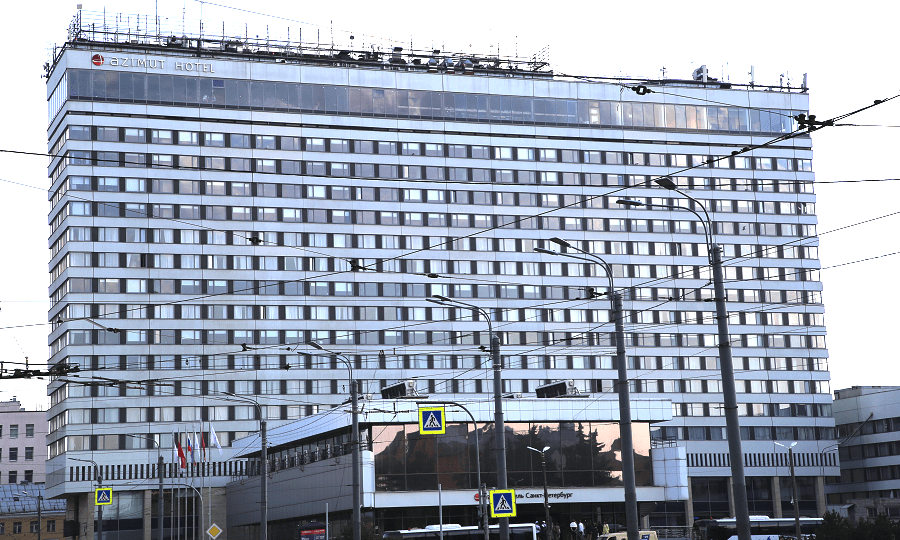 The hotel was located in three buildings, each of which had its own name: “Rizhsky”, “Fontanka” and “Lermontovsky”.

In 2005, the Sovetskaya Hotel was purchased by the Azimut Management Group and was renamed the Azimut Hotel St. Petersburg. In the early 2000s, the hotel underwent a significant reconstruction and modernization of rooms (the Fontanka building), new restaurants and conference rooms were opened.

In 2019, all 583 rooms were completely renovated. The interior decoration is made in the style of “hi-tech”.