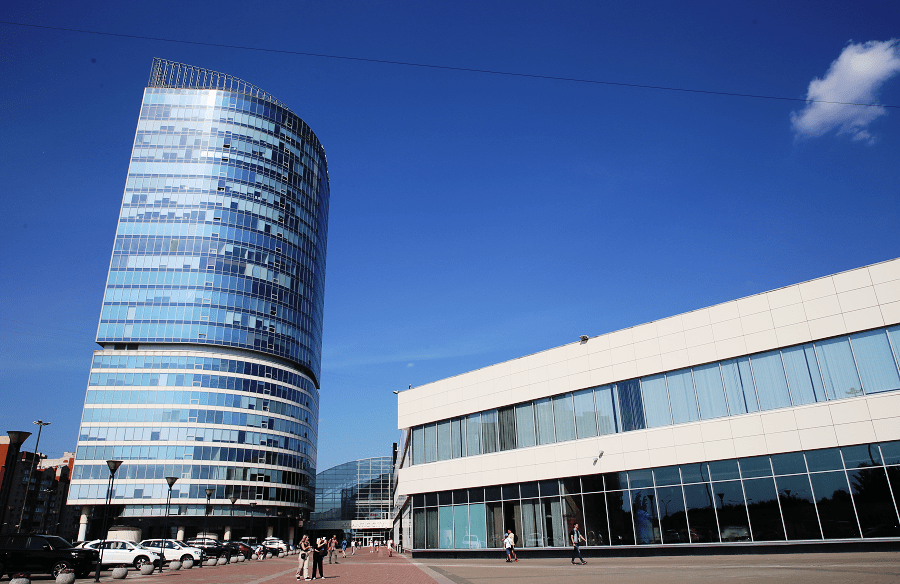 Atlantic City is a complex of buildings located in the north-west of St. Petersburg, at the address: Savushkina Street, 126, near Begovaya metro station.

The complex was built in 2006-2008 according to the project of the architectural bureau “Studio – 17” under the direction of Svyatoslav Vladimirovich Gaikovich, selected as a result of a closed competition held at the initiative of ATLANTIC LLC in 2005. The well-known German architectural bureau ACHATZ was involved in the development of the interior design of the complex. 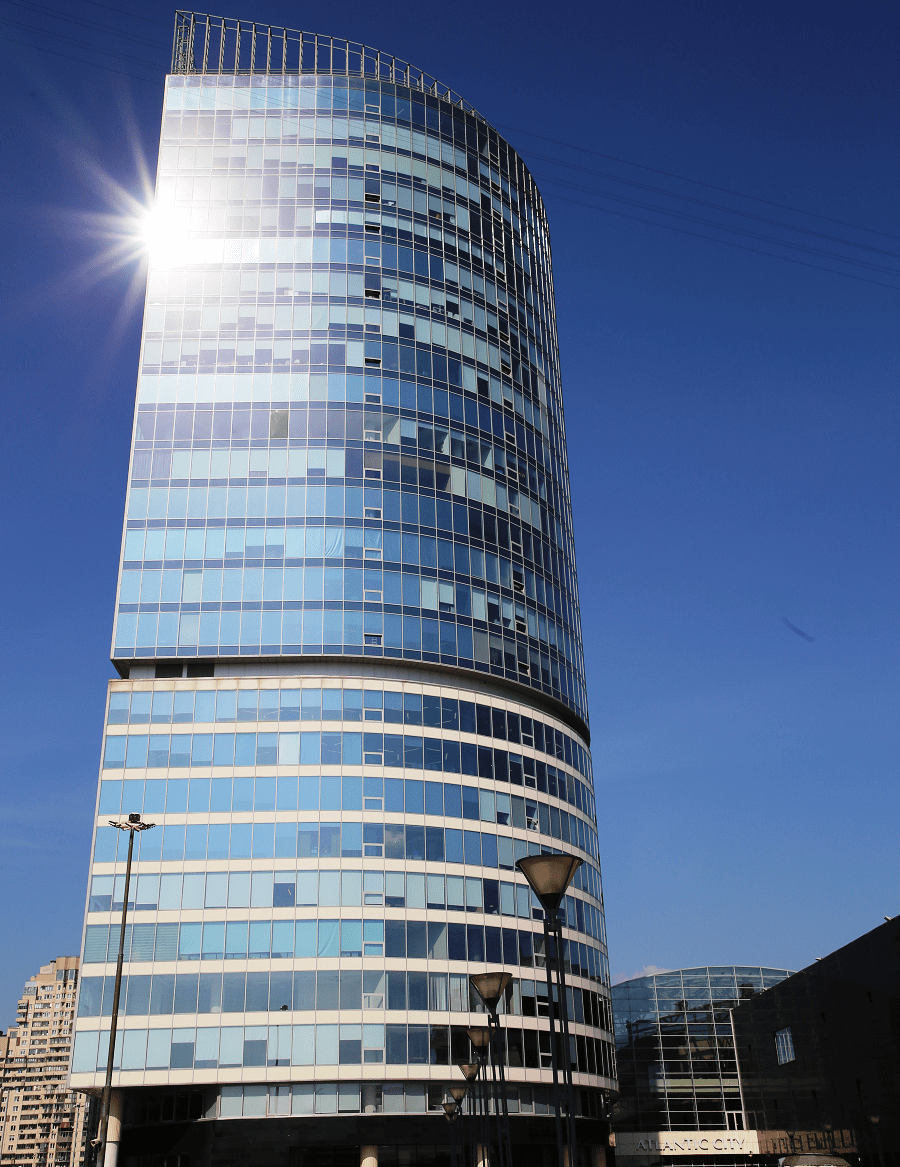 It is the largest gallery with a wide range of shops in the Primorsky district. In the complex, with an area of 70,000 sq.m., there are more than 100 world brands, restaurants and recreation areas, a beauty salon, a bank, a pharmacy, a dry cleaner, a World Сlass fitness club.

The Lakhta Center (tallest building in Europe), Piterland and its aquapark and Park of the 300th anniversary of St. Petersburg are located nearby.