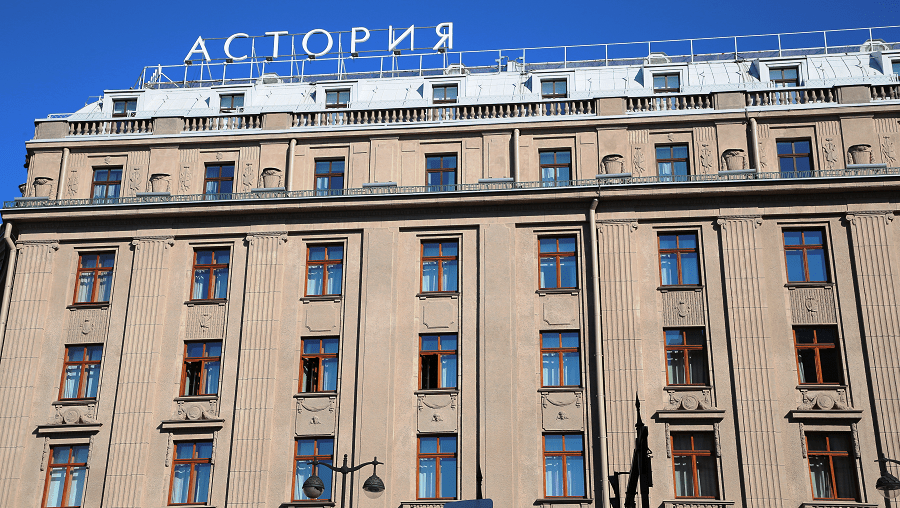 “Astoria” is a five-star hotel in St. Petersburg, located in the city center on St. Isaac’s Square next to St. Isaac’s Cathedral. It is located in a historical building – an architectural monument of federal significance.

The name “Astoria” is also worn by hotels in different cities of the world: Vienna, Budapest, Ufa, etc.

Until the end of the XIX century on the site of the future “Astoria” was a four-story profitable house of Prince A. Lvov. At the beginning of the XX century the plot with the house was acquired by the English joint-stock company Palace Hotel with the intention of building a hotel with expensive rooms here.

A new hotel in its place was supposed to be built by the end of 1909, but construction was completed only in 1911-1912. The author of the project was the famous St. Petersburg architect F. I. Lidval, with the help of engineer N. P. Kozlov, engineer-architect K. G. Eilers and graduates of the first in Russia Women’s Polytechnic Institute.

To increase the capacity (and thereby profitability) of the hotel, the Astoria was built six-stories high, vastly outnumbering neighboring buildings. The facades are designed in the neoclassical style with modern elements. 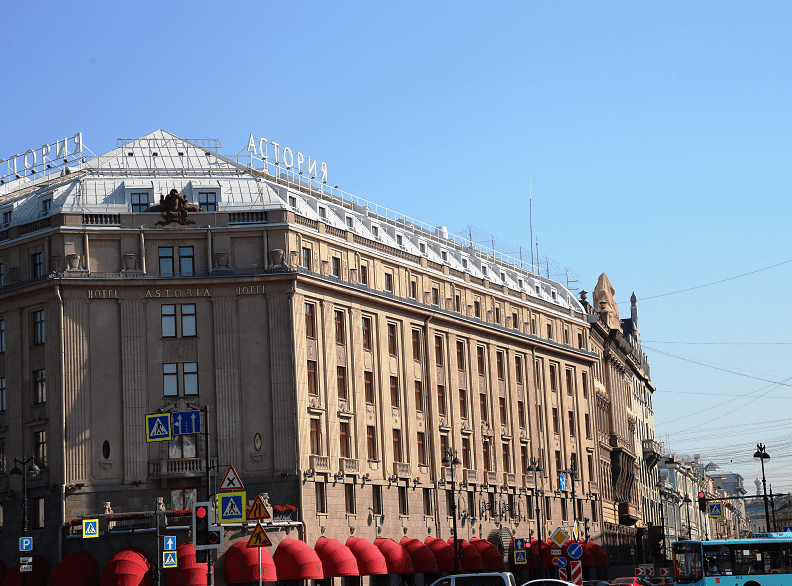 The hotel included 350 rooms, a restaurant, a winter garden, a banquet hall, three salons, a ladies’ salon, 8 offices, a reading room, its own kitchen and a pastry shop. The interiors were designed in the Art Nouveau style with elements of classicism, the walls and floors were lined with marble, the columns were lined with mahogany, the chandeliers were delivered from the Saxon Wurzen factory. Vladimir Shchuko took part in interior decoration. 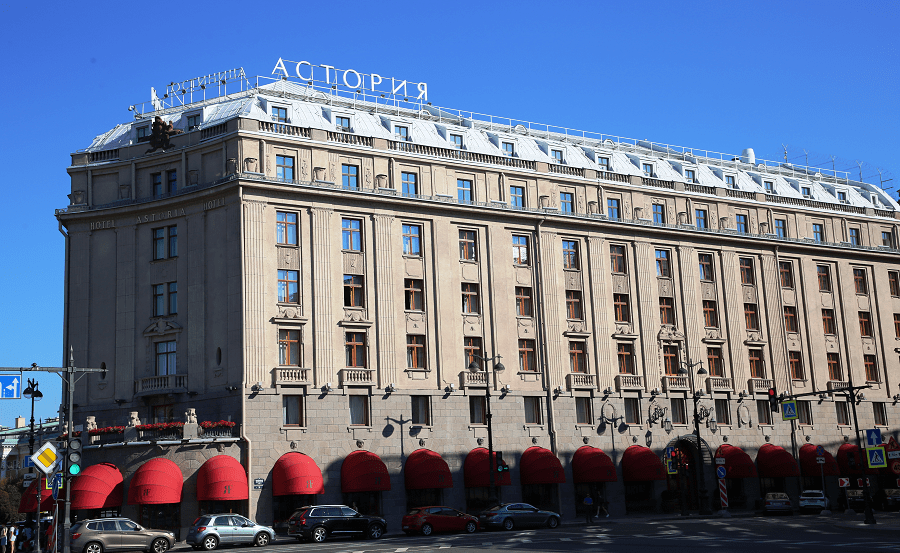 Astoria was equipped with the latest technology – 10 elevators were installed in the building, central water supply with filters and heating, a dust removal system were installed, telephones were installed in the rooms. A translation agency, a hairdresser’s, a tailor, and a library worked at the guests’ disposal. The silverware for the restaurant was bought from Christofle, and the porcelaine from Bauscher. The first director of the hotel was the Parisian Louis Terrier.

Since 1996, the hotel has been operated by Rocco Forte Hotels, which owns five-star hotels and luxury resorts around the world.

The hotel has 169 rooms, 86 of which are deluxe rooms, including the two-bedroom Presidential Suite, 1 Royal Suite with Balcony and the simple Royal Suite. The artistic design of the hotel’s interiors includes 17 paintings by the Angleterre gallery, united by the theme “Guardians of the City”, and a series of 7 paintings “Petersburg Carnivals”, made to decorate the hotel’s casino. The paintings were made by the artists of the FORUS workshop in 1989.

The Astoria is marketed as the 5 star-class wing of its business sister Angleterre hotel. The upper guest room floors of the two hotels are connected.