Artillery of the world: 152 mm cannon by the Canet guns technologies, France. The Canet guns were a series of weapon systems developed by the French engineer Gustave Canet (1846–1913), who was design engineer for Schneider et Cie of Le Creusot. This type of cannons was developed by Canet in 1892.

The 152mm 45 caliber Pattern 1892 was a Russian naval gun developed in the years before the Russo-Japanese War that armed a variety of warships of the Imperial Russian Navy during the Russo-Japanese War and World War I. Guns salvaged from scrapped ships found a second life on river gunboats of the Soviet Navy during the Russian Civil War and as coastal artillery and railway artillery during World War II. Range of fire – 22.3 km. The mass of the projectile is 51 kg. A crew – 11 people. Museum of the Great Patriotic War, Moscow 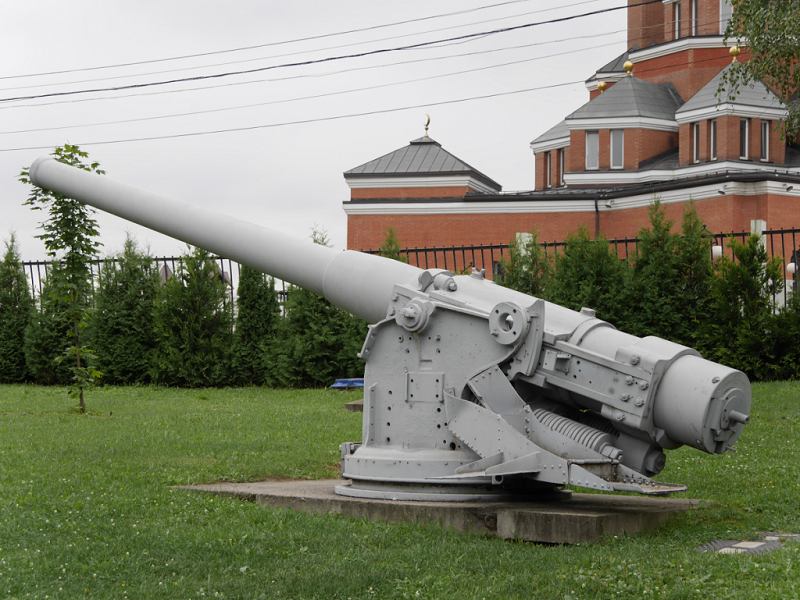