Artillery of the USSR: the 85 mm air defense gun M1939 (52-K) was developed under guidance of leading Soviet designers M. N. Loginov and G. D. Dorokhin. This gun was successfully used throughout the German-Soviet War against level bombers and other high- and medium-altitude targets. The main sample of Soviet heavy anti-aircraft artillery in the Second World War. A crew – 7 people. The range of fire is 15500 m. The weight of the projectile is 9.2 kg. Museum of the Great Patriotic War, Moscow 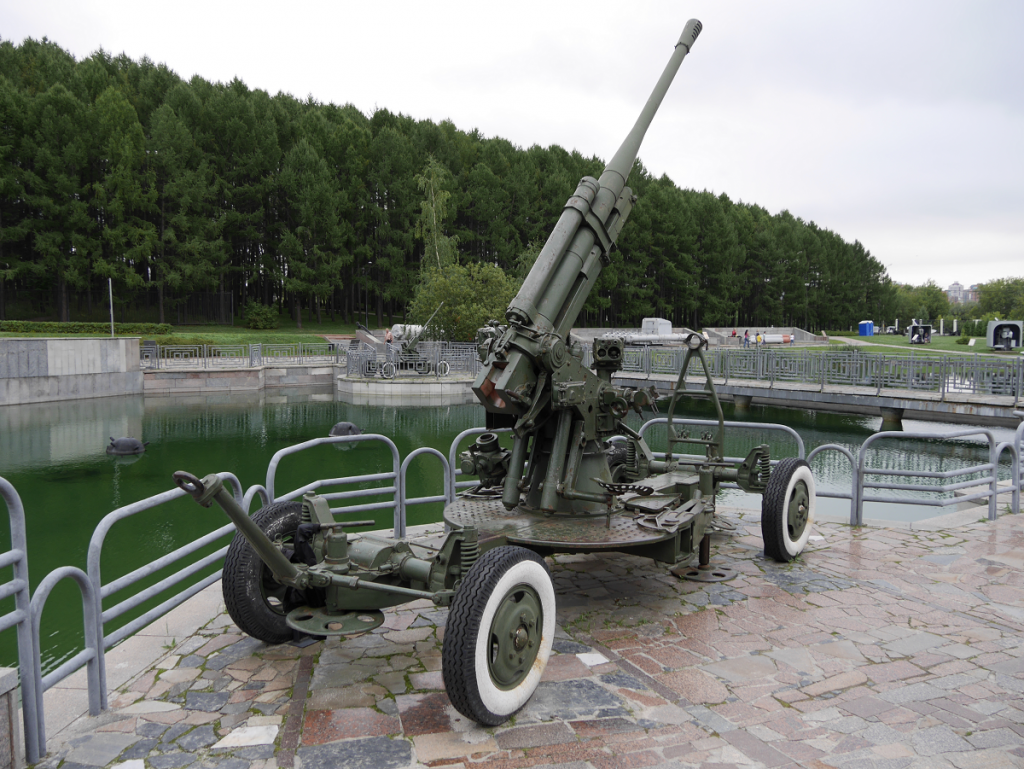