Artillery of the USSR: the 37 mm automatic air defense gun M1939 (61-K) is a Soviet 37 mm calibre anti-aircraft gun developed during the late 1930s and used during World War II. The main artillery weapon of the USSR during WW II to fight low-flying enemy aircraft. A crew – 7 people. The shooting range is 8500 m. The weight of the projectile is 0.75 kg. Museum of the Great Patriotic War, Moscow 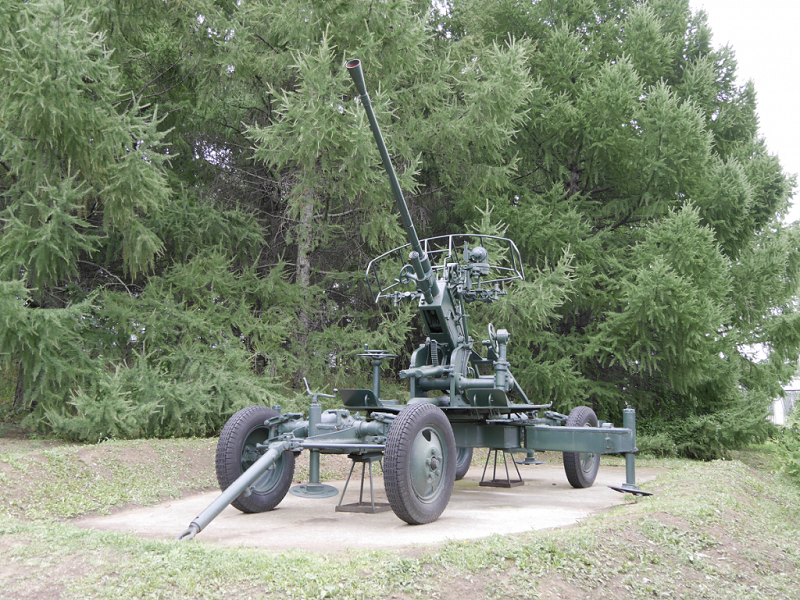