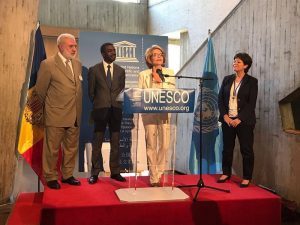 Art Camp Andorra exhibition took place at the UNESCO headquarters in Paris. This event is the 5th, about 30 works took part in it.

The exhibition was opened by the Ambassador of Andorra in France, Christina Rodríguez. She noted that “the exhibition is held every two years with the support of UNESCO and aims to unite the artists of Andorra with the artists of other countries for the development of world culture, interethnic dialogue and cultural diversity“.

The opening of the exhibition coincided with the participation of Andorra in the 6th session of UNESCO on the development of cultural diversity and the first civil society forum on cultural expression. According to Christina Rodriguez, these events are closely related to freedom of speech and the participation of civil society (artists and creative associations) in political life.

The Ambassador also stressed the important role Andorran authorities play in educating their citizens in terms of democracy.

Since its establishment, more than 150 artists and 500 works have taken part in the Art Camp Andorra event. Exhibitions were held at the headquarters of UNESCO, the Council of Europe, the OSCE, the United Nations.

The exhibition will last until 23d June. 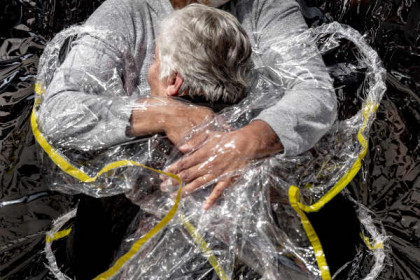