Army of the USSR: the combat helicopter MI-8. VDNKh Park (Moscow). The Mil Mi-8 (Russian: Ми-8, NATO classification: Hip) is a medium twin-turbine helicopter, originally designed by the Soviet Union, and now produced by Russia. In addition to its most common role as a transport helicopter, the Mi-8 is also used as an airborne command post, armed gunship, and reconnaissance platform 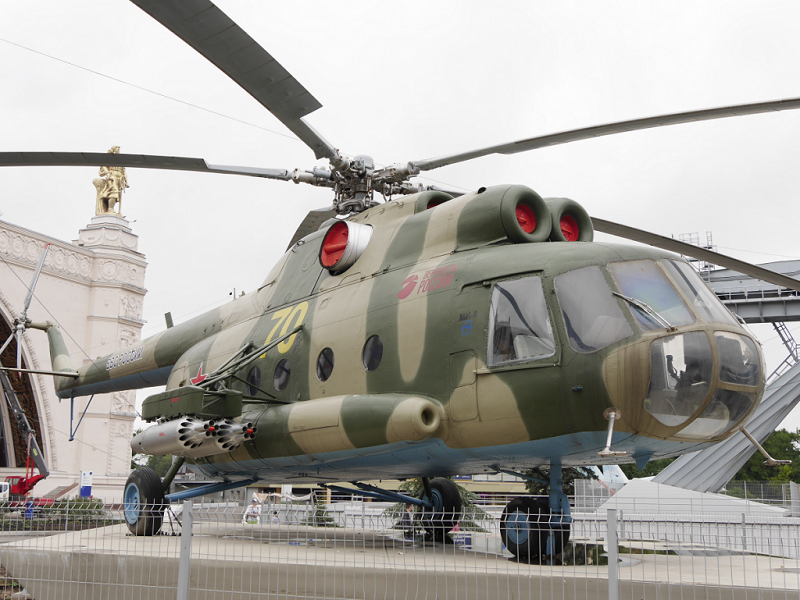 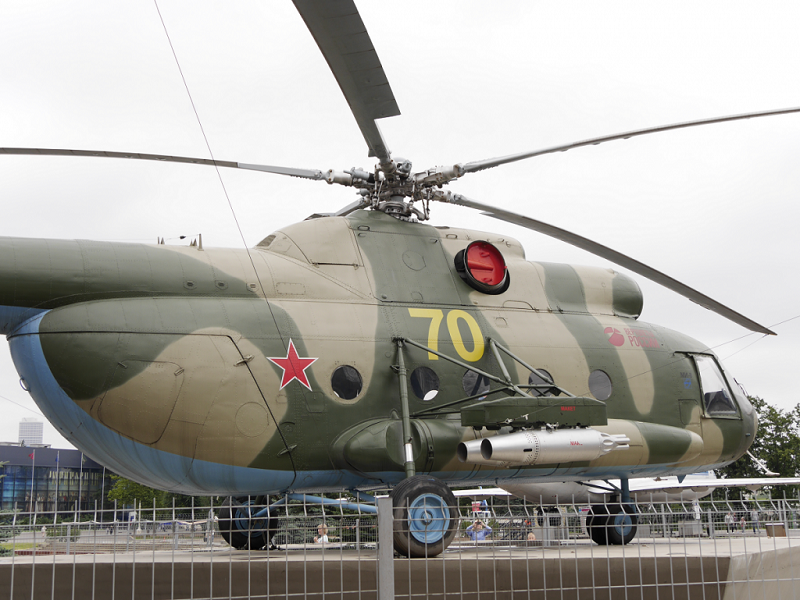