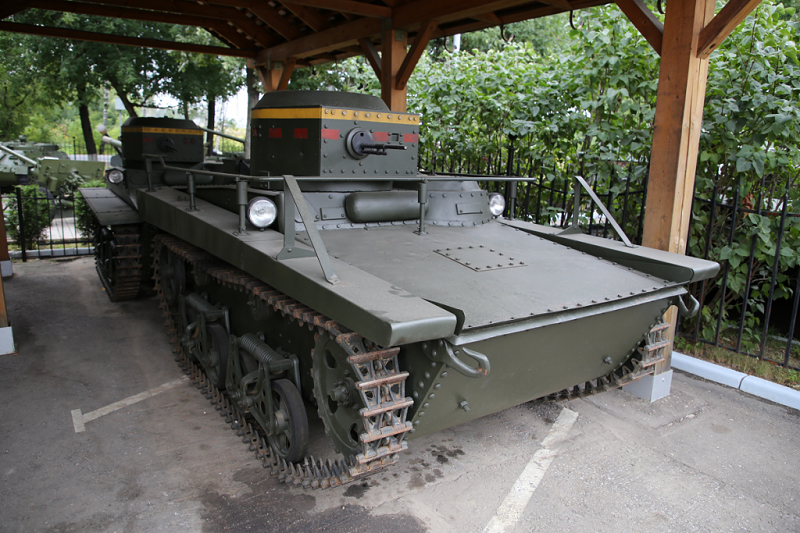 The world’s first serial floating tank T-37A. Made in USSR. In the literature this tank is often called the T-37, however, formally this name was takes by another tank that did not go beyond the stage of the prototype. Designed in 1932 on the basis of the tank of the British company Vickers and the experimental floating tanks of Soviet designs. Serially produced from 1933 to 1936, after was replaced by a more advanced T-38.