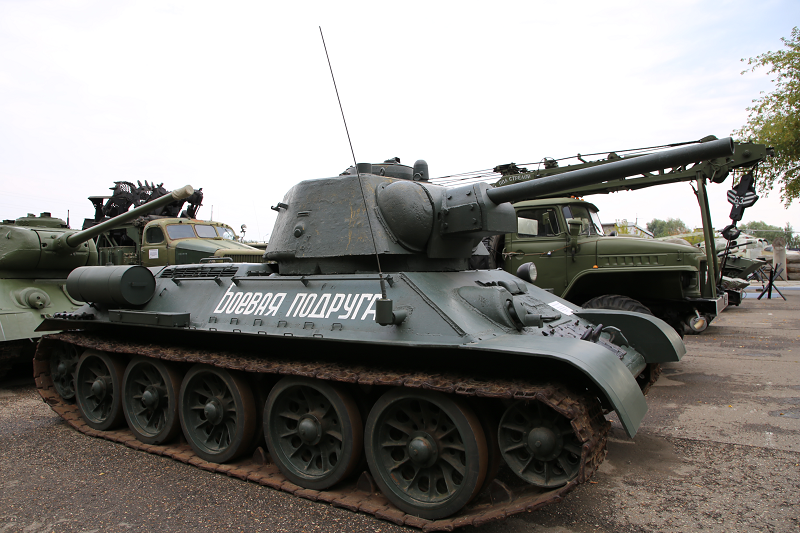 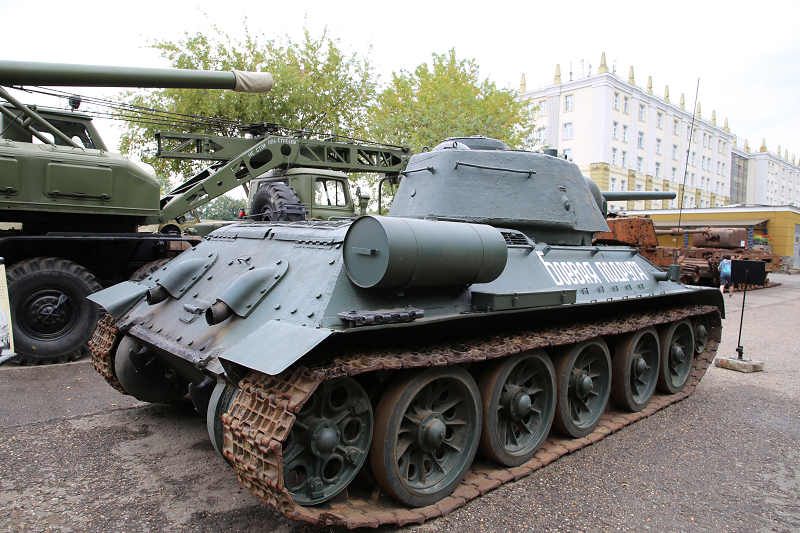 Armored fighting vehicles of the USSR: the medium tank T-34-76 “Combat girlfriend”. Serially the model has been produced since 1940. This model had been the main tank of the Red Army until 1944 (including the title of the most mass medium tank of the Second World War), when it had been replaced by the modification T-34-85. Designed by the Bureau KB tank division of the Kharkov plant № 183 under the leadership of M. Koshkin. From 1942 to 1945, the large-scale production of the tank had been concentrated on the machine-building plants of the Urals and Siberia. The leading plant for the modification of the T-34 was the Ural Tank Plant No. 183.