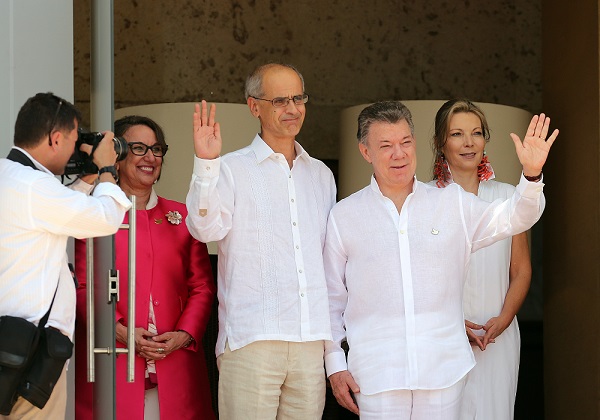 The Head of Government of Andorra Antoni Martí took part in the XXV Summit of Latin American States leaders, held in Colombia, in the city of Cartagena de Indias (Cartagena d’Índies). The main subject of the summit this year was the education and youth entrepreneurship promotion. The summit was attended by the heads of governments of 22 countries – members of the Organization of Ibero-American States, including the countries of Latin America, Caribbean region, Spain, Portugal and Andorra.

During the event, Antoni Marti will participate in closed bilateral meetings, including – a meeting with Colombian President Juan Manuel Santos, as well as with representatives of the Ibero-American General Secretariat (SEGIB) and the Organization of Ibero-American States (OEI) .

The summit is a major political event, aimed for the development of the Latin American cooperation in education, culture, innovation and employment.