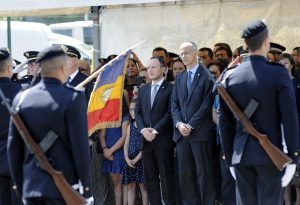 Andorran PM Antoni Marti took part in the celebration of Police Day in Andorra. In his welcoming speech, he stressed the high professionalism of the Andorran police, recalling that the principality participates in joint operations with other countries, such as, for example, combating smuggling, drug trafficking and ensuring public safety.

“The police serves the rule of law and public security in the Principality, which is of great importance for Andorra’s social cohesion.” Public security is an important part of Andorran’s style of life and well-being and the reputation of the principality in general,” he said.

Minister of Justice, Social and Internal Affairs Xavier Espot, who also took part in the celebration, recalled the police reform in the Principality, which aims to improve the quality of education and training of the police.