Andorran photographers Jaume Riba and Àlex Tena opened an exhibition "Madriu 8.8" in the hall of the Government of Andorra ARTALROC • All PYRENEES · France, Spain, Andorra 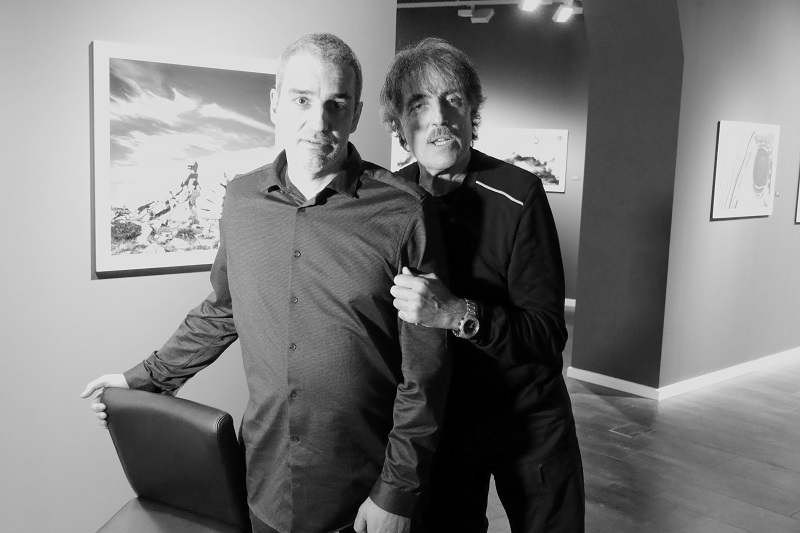 Andorran photographers Jaume Riba and Àlex Tena opened an exhibition “Madriu 8.8” in the hall of the Government of Andorra ARTALROC, which presents 42 black-and-white photographs, dedicated to the eponymous valley Madriu-Perafita-Claror.

Both authors in 2014 made a documentary film about the history of the valley of Madriu-Perafita-Claror, and this year they have decided to return to this topic with the help of photos.

Jaume Riba said he used Noblex camera which allowed to take best panoramic pictures and delve into the landscape perspective. Answering the question that he once was called “the greatest photographer of Andorra”, Jaume Riba joked: “Indeed, my height is eighty eight, but it does not give me the right to be considered the greatest..” And he added: “All the photographers are distinguished only by one thing – this is how we can see”.

He also added “the possibility to be exhibited at the hall of the Government is a great privilege.”

Àlex Tena said he began to make photos of the valley in 2002 to prepare the terrain profiles, applying for UNESCO World Heritage status for the Valley. Answering the question what is the best word to describe the valley, he said: “silence”.