Andorran MoraBanc applied for the participation in the auction on acquiring Catalunya Banc (Spain) assets • All PYRENEES · France, Spain, Andorra 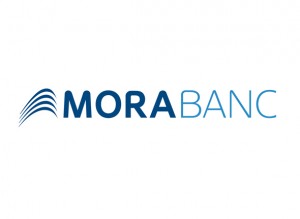 MoraBanc applied for the participation in the auction on acquiring the assets of Catalunya Banc. The winner will be determined by the Fund of Bank Restructuring  (FROB). Fondo de Restructuracion ordenida bancaria is a structure launched by the initiative of Spanish Government in 2009.

Last week FROB selected 5 claimants out of 12.  MoraBanc, one of 5 banks that operate on the territory of Andorra, was included in the list of the selected ones. At that MoraBanc is the only foreign bank that demonstrated its interest in acquiring the assets of Catalunya Banc. MoraBanc itself neither approves nor denies the information on its interest in this deal.

Banco Santander, BBVA, Banco Popular and CaixaBank are in the list of the auction competitors. The applications for the participation in the auction are accepted only till July 14.

Catalunya Banc is one of problematic Spanish banks that was nationalized by the Government of Spain in 2012 due to the problems of the country’s financial sector.  EU authorities approved the allocation of 100 bln euro for the support of Spanish banks.

However, Catalunya Bank is not the only foreign asset that makes interest for MoraBanc, say Spanish medias. In particular, the bank demonstrates activity in regard to the deal on acquiring the assets of one more Spanish bank—EBN Banco.  EBN Banco is one more financial institution of Spain. In accordance to Spanish media, the applications are already in the hands of shareholders. Two years ago the dismissal of the employees together with closing the subsidiaries marked the beginning of the bank restructuring, but the shareholders brought themselves to sell it only in the end of 2013.