Andorran government approved a draft law on the system of taxation for companies restructuring operations • All PYRENEES · France, Spain, Andorra 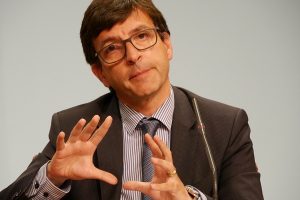 On the initiative of the Minister of Finance Jordi Cinca Andorran government approved a draft law on the system of taxation for companies restructuring operations.

As Jordi Cinca explained at the press conference, the development of the Andorran tax system in addition to the introduction of the income tax, the tax on non-residents’ income, and taxes on personal income, should affect the activity and business reorganization.

“The current tax legislation of Andorra does not imply any obstacle or an incentive for restructuring required in terms of business”, – he said. The goal of the new bill – to promote the restructuring of operations. In particular, companies in the process of restructuring will be exempted from profit taxation. However, the special tax regime provided in the draft law applies only to those transactions which are carried out by economic rationalization.

“It is, inter alia, on mergers and acquisitions, which are important from the point of view of the dynamics of the economy of Andorra”, – reported in a governmental statement.