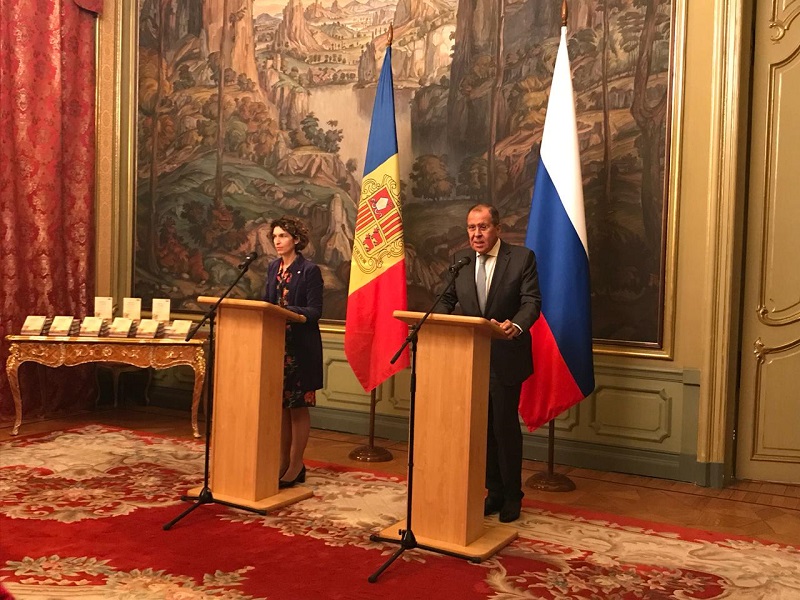 Andorran Foreign Minister, Maria Ubach visited Moscow yesterday to meet Sergey Lavrov, the Foreign Minister of the Russian Federation. This meeting was part of the presentation of the book “Andorra and the Poet” written by the Russian writer, Maximilian Voloshin.

The book was published in the collection “Andorra by Travelers” to celebrate the 20 years of diplomatic relations between the two countries. You can read quality stories from different travelers across the Andorran borders. “Andorra and the Poet” shows the imprint left by Andorra on Maximilian Voloshin who visited the principality at the beginning of the 20th century.

The two ministers took advantage of the visit to discuss common topics between the two countries such as tourism and the arrival of around 40,000 Russian tourists during the last season. Opportunities to further increase attendance in the Principality have been discussed in view of the enormous potential of the Russian market.