Andorran FM Maria Ubach for the first time in her new position took part in the meeting devoted to the association agreement with the EU • All PYRENEES · France, Spain, Andorra 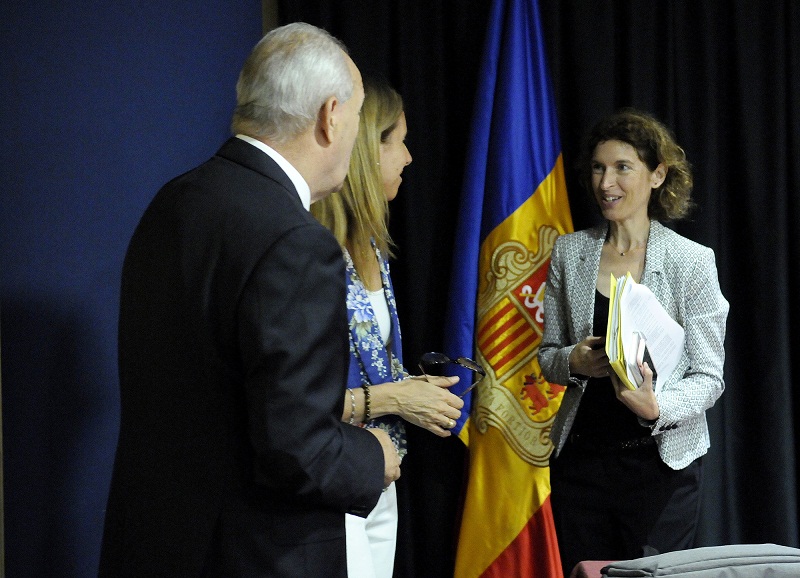 Andorran FM Maria Ubach for the first time in her new position took part in the meeting devoted to the association agreement with the European Union. The meeting was chaired by the head of the Government of Andorra, Antoni Marti, as well as with the participation of Andorran former Minister of Foreign Affairs, Minister of Economy, Competitiveness and Innovation, Gilbert Saboya, and Minister of Environment, Agriculture and Sustainable Development of Andorra Sylvia Calvo.

The meeting, in particular, dealt with the tobacco trade within the framework of a single trade space with the European Union. Maria Ubach made a proposal to apply a special customs regime for tobacco products. It is the issue of tobacco sales by Andorra, the country known for its liberal prices for this type of product, that causes the most questions from the European Union.

Negotiations on the free movement of goods and, in particular, tobacco and tobacco products will continue on 9th October.