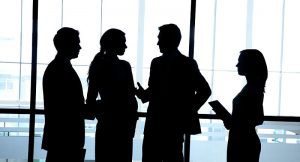 The Andorran Council of Ministers approved five employment promotion programs, which were presented by the Minister of Justice, Social and Interior Affairs of the principality Xavier Espot. The promotion of programs started last year, and they are fully adapted to the current economic and social situations. The purpose of the programs is to promote the further socialization of people.

One of the programs provides assistance in the training of young people from 16 to 20 years. The second program is aimed at adapting people with disabilities or those who are in a vulnerable situation. The third program deals with the support of indefinite labor contracts in the private sector and is aimed at groups of people who have difficulties in finding a job (it concerns people over 45 years old, as well as young people aged 18 to 25 and long-term unemployed). The fourth program concerns the development of skills and training of employees of Public sector. Finally, the fifth program deals with the granting of transport subsidies in the amount of 204 euros per month in cases when the workplace is far from cities of Andorra.

In parallel, the minister announced the need to attract hotel and restaurant business specialists to the principality. Professional selection will take place during the first two weeks of June at the Aixoval training center.