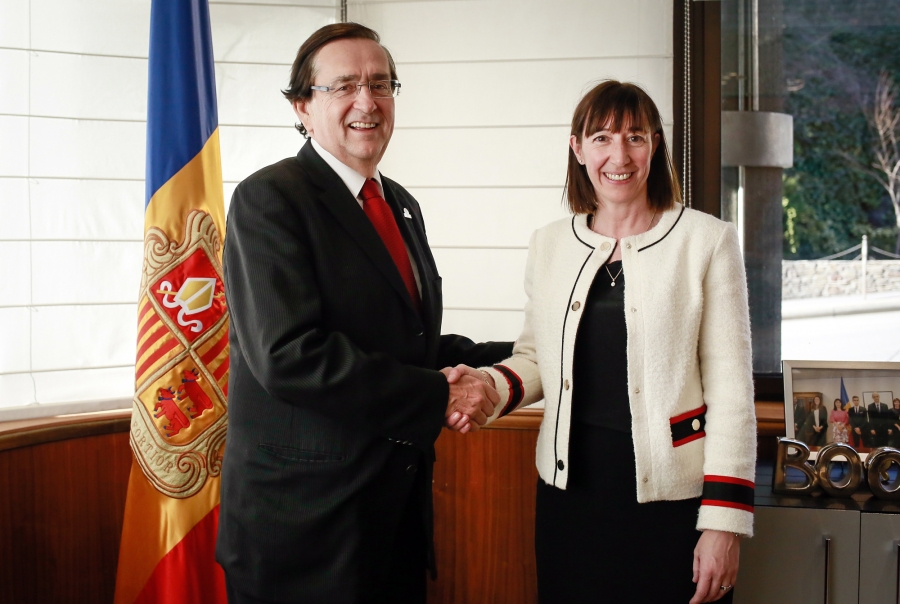 Andorra will participate in the Executive Board of the Latin American Center of Administration for Development (CLAD), after approval by the Council of Ministers, yesterday. Once this international body has formalized Andorra’s participation as a full member, formal membership will be processed.

The Minister of Public Administration and Administrative Reform, Eva Descarrega, held a meeting with the Secretary General of the CLAD, Francisco Velázquez, this afternoon in the administrative office building, during which she made him know the will of the Principality to form part of this body and its Board.

The Secretary General of CLAD has offered his collaboration to the director of Multilateral Affairs of the Ministry of Foreign Affairs, Gemma Cano, to organize the ministerial meeting on public service and the reform of the administration, within the framework of the Ibero-American Summit 2020.

Taking advantage of his visit to Andorra, tomorrow at 10 in the morning, Velázquez will be offering a conference ‘Towards an Innovative Public Administration’, also in the administrative building of the Government, at an event organized by the Ministry of Public Administration and Reform of the Administration, which will have the participation of Descarrega and the assistance of the Secretary of State for Social Affairs and Employment, Ester Fenoll.

The accession of Andorra to the CLAD is the culmination of a meeting of ministers of Public Function and Administrative Reform that was held in Antigua, Guatemala last July, at which the president and the general secretary of the intergovernmental entity indicated to Descarrega the will for the Principality to become part of this body and its Executive Council.

The Government has considered that the participation of Andorra in the CLAD makes possible the exchange of experiences and models of management of the public function with professionals from the different member states.
CLAD is the intergovernmental international reference body in the field of public service in the Ibero-American area.

Its mission is to promote the analysis and exchange of experiences in the field of state reform and the modernization of the public function through the organization of international meetings, the publication of works and technical cooperation among its members. CLAD is currently comprised of 21 countries in Ibero-America, including Spain and Portugal.

The Government approves the signing of an agreement with the Department of Public Function of the Republic of Colombia.

During the Council of Ministers this Wednesday, the signing of an interinstitutional agreement between the Ministry of Public Function and the Administration Reform and the Department of Public Function of the Republic of Colombia has also been approved.