Andorra signed a multilateral agreement with the OECD and joined the international convention on the prevention of erosion of the tax base • All PYRENEES · France, Spain, Andorra 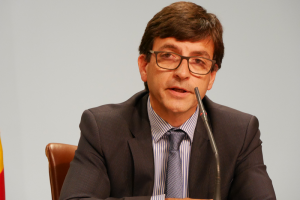 Andorra signed a multilateral agreement with the OECD and joined the international convention on the prevention of erosion of the tax base. The document was signed during the OECD meeting, which was held in Paris at the OECD headquarters. The document was signed by the Minister of Finance of the Principality Jordi Cinca. The signing ceremony was attended by ministers and high-ranking officials of 67 countries around the world.

The agreement provides measures to prevent the erosion of the tax base and the removal of profits from taxation (Base Erosion and Profit Shifting, BEPS).

The agreement is active now in more than 100 countries and jurisdictions. The purpose of the document is to improve the functioning of the international tax system and the international rules of financial markets.