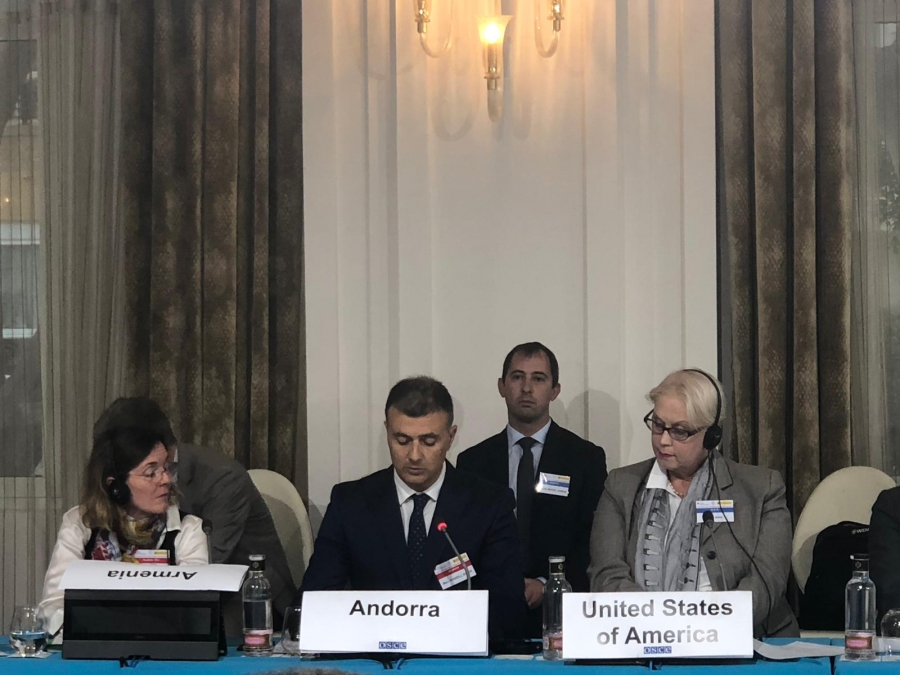 The Director General of the Ministry of Environment, Agriculture and Sustainability, Marc Rossell, and the director of the Office of Energy and Climate Change, Carles Miquel, are currently taking part in the Mediterranean Conference for the Organization for Security and Cooperation in Europe (‘OSCE’), which is being held in Malaga.

In his plenary speech, Marc Rossell explained the policy of the Government regarding the transition in energy usage, in the context of action against climate change, and talked about the different international commitments Andorra has in this regard: the Framework Agreement of the United Nations on Climate Change, the Paris Agreement, and Agenda 2030 for Sustainable Development. In this sense, Marc Rossell recalled that Andorra has presented, in the framework of the United Nations, the voluntary report on the implementation of the Sustainable Development Goals (ODS).

Also, the ministry’s director stressed the need to collaborate internationally in order to develop these policies, such as the agreements signed by Andorra with Spain and France, countries with which public and private projects are created, considering that energy is not only a vector of growth but also of security and stability.

Marc Rossell also highlighted the approval, last month unanimously by the General Council, of the Law on the importance of the energy transition and climate change, a text that, together with the Sectoral Plan for energy infrastructures, defines at the local level, the new, more sustainable energy model, which guarantees the protection of the user, the creation of new opportunities, and the reduction of the energy vulnerability of the Principality with the exterior.

In the framework of this meeting of the OSCE, the delegation of the Principality has maintained contacts with representatives of other delegations, as is the case of Spanish Secretary of State for Energy, José Domínguez Abascal.