Andorra, Monaco and San Marino discussed the aspects of the forthcoming conclusion of an association agreement with EU • All PYRENEES · France, Spain, Andorra 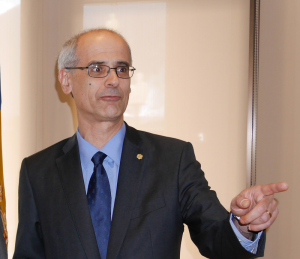 Andorran Prime-Minister Antoni Marti discussed with the State Minister of Monaco Serge Telle and Secretary of State of San Marino Nicola Renzi the aspects of negotiations on the forthcoming conclusion of an association agreement with the European Union. The negotiations will be continued next Saturday in Monaco. As Andorran Government press office reports, within the framework of the visit, a meeting with the Prince of Monaco Albert II is planned.

The delegation led by Anthony Marti will be represented by Ambassador of Andorra in Monaco Enric Tarrado and Andorra’s Ambassador to the European Union Maria Ubach. Among the issues on the agenda are the transformation of the trade sector in each of these countries.