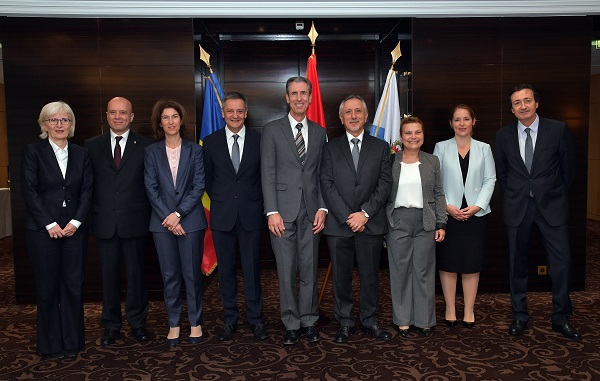 The Ministers of Foreign Affairs of Andorra Gilbert Saboya, Monaco Gilles Tonelli and San Marino Pasquale Valentini discussed the integration of their countries with the European Union. The meeting was held on Tuesday, 18th October, in the Principality of Monaco. In particular, the issues of coordination and development of a unified strategy of 3 countries were on the agenda, as well as Brèxit influence on the process of negotiations with the European Union.

The Ministers demonstrated a common interest in the area of trade for free movement of goods after gaining access to the internal EU market.

The negotiations will continue on 24th October. This day Andorra will be visited by the head of the European Action Service Thomas Mayr-Harting and his deputy, Claude Maerten.