Andorra, Monaco, Lichtenstein, Luxembourg, Iceland, Malta, Montenegro and San-Marino will unify the efforts in protecting their interests on the international arena • All PYRENEES · France, Spain, Andorra 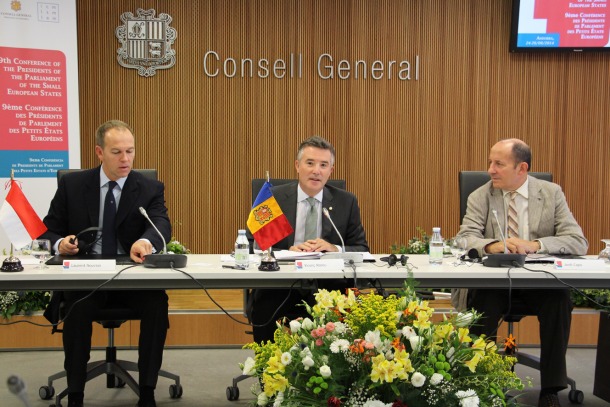 The heads of diminutive European states (Iceland, Lichtenstein, Luxemburg, Malta, Monaco, San-Marino and Andorra) met in Andorra at the common session on 25-26th September. The meeting resulted in a number of joint statements.

Their essence bases on the following ideas: diminutive European states should play a more significant role in the international processes, that is why they should unify their efforts and act as one body in the spheres of common interest.

This is also relates to defending the independence rights in certain economic and political issues as well as in international conflicts.

In the course of two days, the parties discussed the existing problems and the perspectives of legislative body development, the outcomes of crisis and also the input in the development of international community democratic relations. At that, the participants of the session expressed a unanimous opinion that diminutive states may be proud of the higher level of democratic development.

The analogue meeting will take place in 2015 in Monaco.