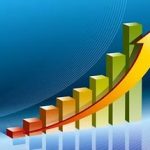 Andorra joined TOP 5 countries in the world with the highest ranking of health, according to a research of the journal The Lancet. First place in the ranking took Iceland (85 points out of 100). The TOP 5 also includes Singapore, Sweden and the United Kingdom closes the list.

In the last (188th place) is the Central African Republic. According to the magazine, the country recorded high mortality from war and malaria.

Indicators and parameters that were used for the rating of the magazine, based on the adopted by the UN General Assembly in September 2015 “The principles for sustainable development”. Among the major global goals that can be achieved, according to UN plans for 15 years – the eradication of poverty, elimination of hunger, access to education.

The Lancet was founded in 1823 by Thomas Wakley, an English surgeon who named it after the surgical instrument called a lancet. The Lancet publishes original research articles, review articles, editorials, book reviews, correspondence, as well as news features and case reports. The journal has editorial offices in London, New York, and Beijing.