Andorra is the second in the world after Norway for using electric cars, relatively to the total share of all vehicles on the market • All PYRENEES · France, Spain, Andorra 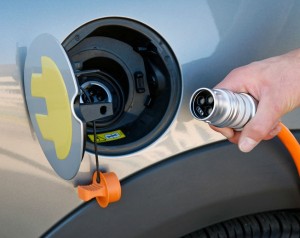 Andorra – is the second in the world after Norway for using electric cars, relatively to the total share of all vehicles on the market, said the minister of transport of Andorra Jordi Alcobé at the opening ceremony of the first charge station in Andorra la Vella.

The charging station is located at the intersection of Prada Casadet and Prat de la Creu, opposite the administrative building of the government. The opening ceremony was also attended by the Minister of the environment Silvia Calvó, Director General of FEDA Albert Moles, Minister of public administration, transport and telecommunications of Andorra Jordi Alcobé and the mayor of Andorra La Vella Conxita Marsol.

Within a few weeks 3 additional stations will be opened in Andorra la Vella, 3 – in Escaldes-Engordany, 1 – in Encamp and Canillo. During the second phase of the programme chargers will appear in La Massana and Pas de La Casa. Totally there will be 15 new public stations for electric cars.

The limit of subsidies allocated by the government to stimulate purchases of electric cars in Andorra (the government committed itself to pay one-third of the price of the electric car for the resident of Andorra), was exhausted two weeks after the start of the program. The result is – currently in Andorra 6% of all registered vehicles are electric cars. “We achieved this result in just a month and a half instead of 3 years, as was suggested by the original project,” said the Minister.

Charging of electric vehicles during the first years of operation will be free. According to Albert Moles, the owners of electric vehicles (citizens and residents of Andorra) only need to get and activate a special card. As for tourists, they will be able to get the code in the SMS message after the necessary registration procedures.

The head of FEDA focused on the economic competitiveness of electric vehicles: electric vehicle charging, calculated per 100 km, is equivalent to 1.20 €, which is 5-7 times cheaper than fueling by traditional car fuels.