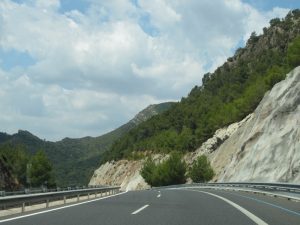 On 27 th January the Head of Government of Andorra Antoni Martí held a meeting with the prefect of the French town of Ariege Marie Lajus, to discuss a project to improve and reconstruct RN 20 highway linking France and Andorra.

Earlier the agreement was reached at a meeting of Antoni Martí with the Prime Minister of France Bernard Cazeneuve in December last year. In particular, the sides agreed to open a bypass road near Ax-les-Thermes (Ariège).

The French Government also announced its intention to carry out a significant improvement of the road between the town of Tarascon and tunnel Puymorens.

During the last meeting Antoni Martí, Minister of territorial Development of Andorra Jordi Torres and the Andorran Ambassador to France Cristina Rodríguez affected investment and financial issues of this project.

The project will be implemented within the framework of co-financing.

Both delegations expressed their satisfaction about the prospects of working together to improve road quality and road safety. Antoni Martí expressed his willingness to engage companies in Andorra for contract work.